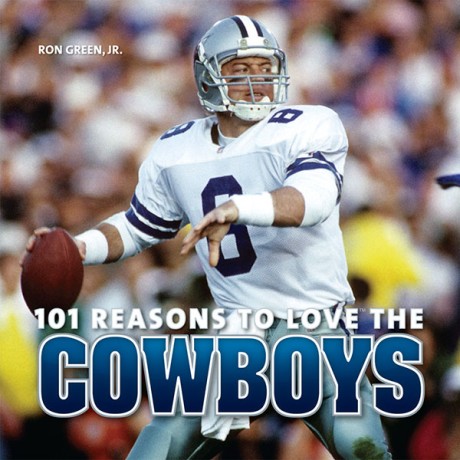 101 Reasons to Love the Cowboys

The Dallas Cowboys—“America’s Team”—shares the record for most Super Bowl appearances (8) with the Pittsburgh Steelers and recorded 20 consecutive winning seasons (1966–85), in which they only missed the playoffs twice (1974 and 1984), an NFL record. From owner Jerry Jones to such coaches and players as Tom Landry, Jimmy Johnson, Roger Staubach, Troy Aikman, and Emmitt Smith, not to mention those gorgeous cheerleaders, the Cowboys have brought unforgettable sportsmanship and Texas swagger to professional football.

Ron Green Jr. is a sportswriter for the Charlotte Observer. He is the author of six books in STC’s 101 Reasons to Love . . . series.