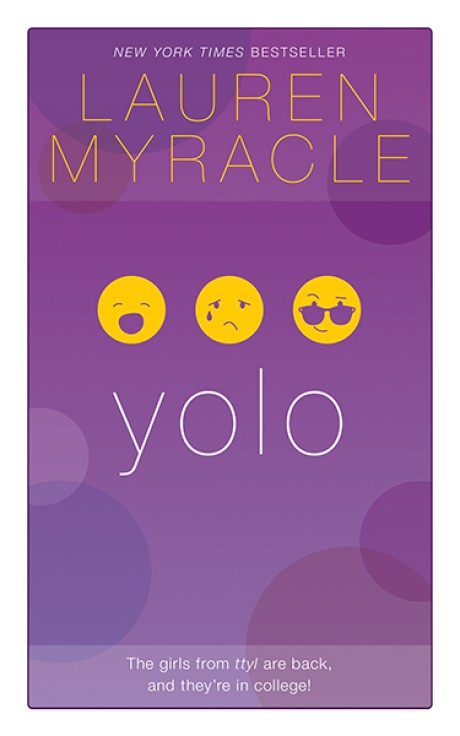 In the face of change and diverging paths, Maddie’s got a plan to keep the friends close, and it involves embracing the present, making memories, and . . . roller derby! Using of-the-moment technology, Lauren Myracle brings her groundbreaking series into the brave new virtual world of texting and tweets.

Praise for yolo
STARRED REVIEW
"This honest, nuanced, accessible, and credible account provides teen girls with an authentic and skillfully told description of college life. The story, which can stand independently from the rest of the Internet Girls series, offers readers realistic, engaging, and provocative perspectives on scary first semesters away from home and sage advice about drinking, partying, and shutting down socially, all without ever leaving the perfectly crafted text-message flow.
--Booklist, starred review

"Funny, deceptively smart and just in time for those going off to college."
--Kirkus Reviews

"...these memorable friends remain highly relatable as they share racy details about their lives, call each other out for bad behavior, and are there to help each other through [a] dark time.'"
Publishers Weekly —

Lauren Myracle is the author of the New York Times bestselling Internet Girls series (ttyl, ttfn, and l8r, g8r), TheInfinite Moment of Us, Shine, Rhymes with Witches, Bliss, and the Flower Power series, among many other books for teens and young people. She lives with her family in Fort Collins, Colorado. Visit her online at laurenmyracle.com.