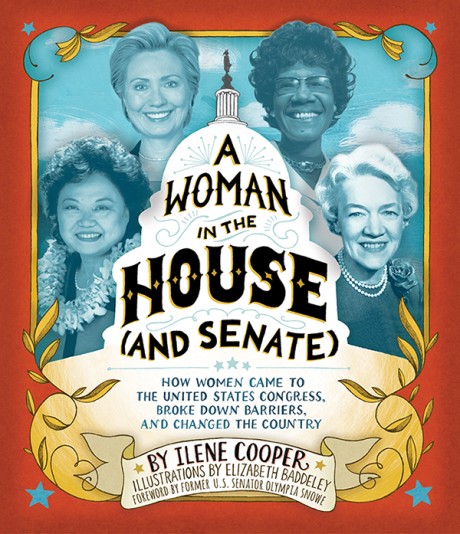 A Woman in the House (and Senate)

How Women Came to the United States Congress, Broke Down Barriers, and Changed the Country

For the first 128 years of our country's history, not a single woman served in the Senate or House of Representatives. All of that changed, however, in November 1916, when Jeannette Rankin of Montana became the first woman elected to Congress—even before the Nineteenth Amendment gave women across the U.S. the right to vote.
Beginning with the women's suffrage movement and going all the way through the results of the 2012 election, Ilene Cooper deftly covers more than a century of U.S. history in order to highlight the influential and diverse group of female leaders who opened doors for women in politics as well as the nation as a whole. Featured women include Hattie Caraway (the first woman elected to the Senate), Patsy Mink (the first woman of color to serve in Congress), Shirley Chisholm (the first African-American woman in Congress), and present-day powerhouses like Nancy Pelosi and Hillary Clinton. The book is filled with lively illustrations and archival photographs. It includes a glossary, index, and chart of all the women who have served in Congress.

Praise for A Woman in the House (and Senate)
STARRED REVIEW
"It is no small task to create a book that summarizes over a century of U.S. history, gives a crash course in civics, and provides succinct, pithy biographies of numerous women who have served in the legislative and judicial branches of government. Cooper pulls it off."
—Kirkus Reviews, starred review

Ilene Cooper has written many acclaimed children’s books, including Jewish Holidays All Year Round, winner of the National Jewish Book Award. She is an editor for Booklist and lives in Chicago.