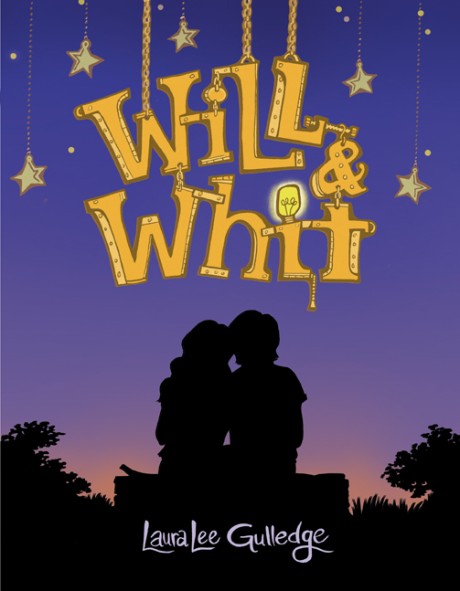 Wilhelmina "Will" Huxstep is a creative soul struggling to come to terms with a family tragedy. She crafts whimsical lamps, in part to deal with her fear of the dark. As she wraps up another summer in her mountain town, she longs for unplugged adventures with her fellow creative friends, Autumn, Noel, and Reese. Little does she know that she will get her wish in the form of an arts carnival and a blackout, courtesy of a hurricane named Whitney, which forces Will to face her fear of darkness.
Laura Lee Gulledge's signature visual metaphors will be on full display in this all-new graphic novel, a moving look at shedding light on the dark corners of life.

Praise for Will & Whit
STARRED REVIEW
"This sophomore offering shines as bright as the lamps Will surrounds herself with... Quirky, clever and insightful."
—Kirkus Reviews, starred review

"The most striking feature about Gulledge's second graphic novel is the organic nature of the layouts. Action and dialogue flow smoothly from panel to panel, barely acknowledging their confines. Thick, sumptuous lines separate characters from richly detailed backgrounds, and this is all done in black and white. Gulledge populates her story with unique and likable characters who relate easily and naturally to one another."
—School Library Journal

"Across the reaches of YA-targeted media, it's rare to find a work with such a relentlessly upbeat tone and sense of uncompromising positivity as those found in this graphic novel."
—Booklist

"Rendered in black and white panels, this graphic novel provides a surprisingly light-hearted story with a strong emotional core. Detailed backgrounds draw the reader into the scene, while the mixture of group shots and individual faces guides the narrative through social and introspective moments."
—The Bulletin of the Center for Children's Books

"Willhemena learns to deal with the shadows from her past and take a big step toward adulthood. This is a satisfying coming-of-age story with a good plot and strong images."
—Library Media Connection

Laura Lee Gulledge is the author of Page by Paige, which was nominated for the prestigious Eisner Award. She has worked in art education, scenic painting, textile design, and event production, among other pursuits. Visit her online at whoislauralee.com, where she regularly posts new and in-progress art.