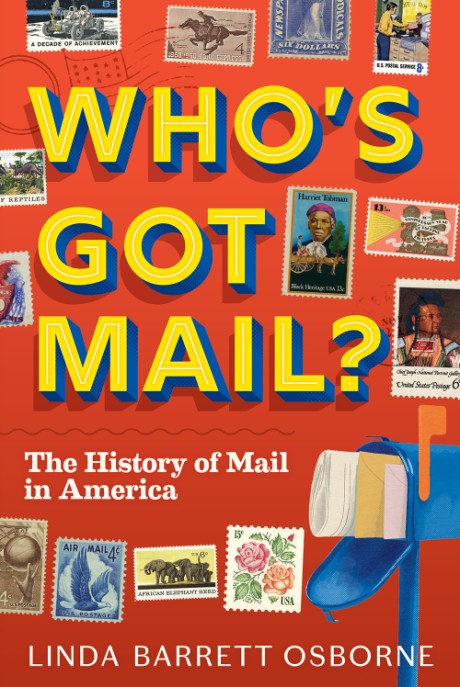 The History of Mail in America

A fascinating history of the U.S. Post Office for kids, from acclaimed author Linda Barrett Osborne

“In America, one of the first things done in a new State is to have the mail come.” —Alexis de Toqueville, 1835

Who’s Got Mail? is an intriguing and fact-filled look at how the mail has been delivered in the United States since before the Constitution was even signed. In the United States, the spread of the postal service went hand in hand with the spread of democracy and transportation. As settlement spread west, communication became even more important to let distant residents feel that they were American; no part of the country was too far away, no village or farm too small to have access to the post. Moreover, the Post Office has always been a public service—it was not originally designed to make a profit or act like a business, but to deliver letters, medical supplies, packages ordered online, and all the things that Americans need at a reasonable cost. Over the centuries, it has also been one of the largest employers in the United States, particularly as a means for African Americans and women to secure stable, middle-class jobs.

Full of eccentric characters, great stories, and technological achievements, this fun middle-grade narrative nonfiction from author Linda Barrett Osborne celebrates one of the oldest and strongest institutions, and is a true testament to the spirit of American democracy.

Linda Barrett Osborne is the author of Guardians of Liberty, Traveling the Freedom Road, Miles to Go for Freedom, This Land Is Our Land, and Come On In, America. She was a senior writer-editor in the Library of Congress Publishing Office for 15 years. She lives in Washington, DC.