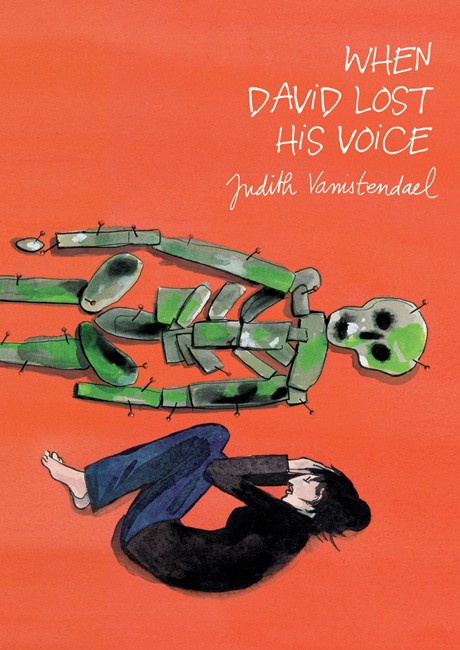 Buy
When David Lost His Voice
By Judith Vanistendael

The doctor's report is final: David has cancer. Now the whole family is under the same terrible verdict. David's wife becomes progressively consumed by the looming shadow of death while his daughters struggle to be as helpful as possible. Meanwhile, David soldiers on, not wanting the tumor to rob him of everything, including the chance to see his granddaughter grow up.
Vanistendael's extraordinary art and sensitive text provide a powerful portrayal of a family preparing for life after unimaginable loss.

Praise for When David Lost His Voice:

"Neither sentimental nor cynical, this narrative holds the most delicate aspects of family life gently and openly for readers to immerse themselves." —Booklist

"The sensitive and compelling writing is enhanced by Vanistendael's color art, which is simple, impressionistic, and beautifully designed." —Library Journal

"Vanistendael's fine art is dazzling, breathtaking, and a visual tour de force, one of the best things I've seen in a graphic novel." —The Miami Herald

"Vanistendael achieves that rare triumph of capturing in the end of a life the wonder of every day that led up to it." —Salon.com

Judith Vanistendael holds several art degrees. Her semi-autobiographical book, Dance by the Light of the Moon, was also published by SelfMadeHero and was nominated for two awards at Angoulême, including the grand prize. She lives in Brussels, Belgium.