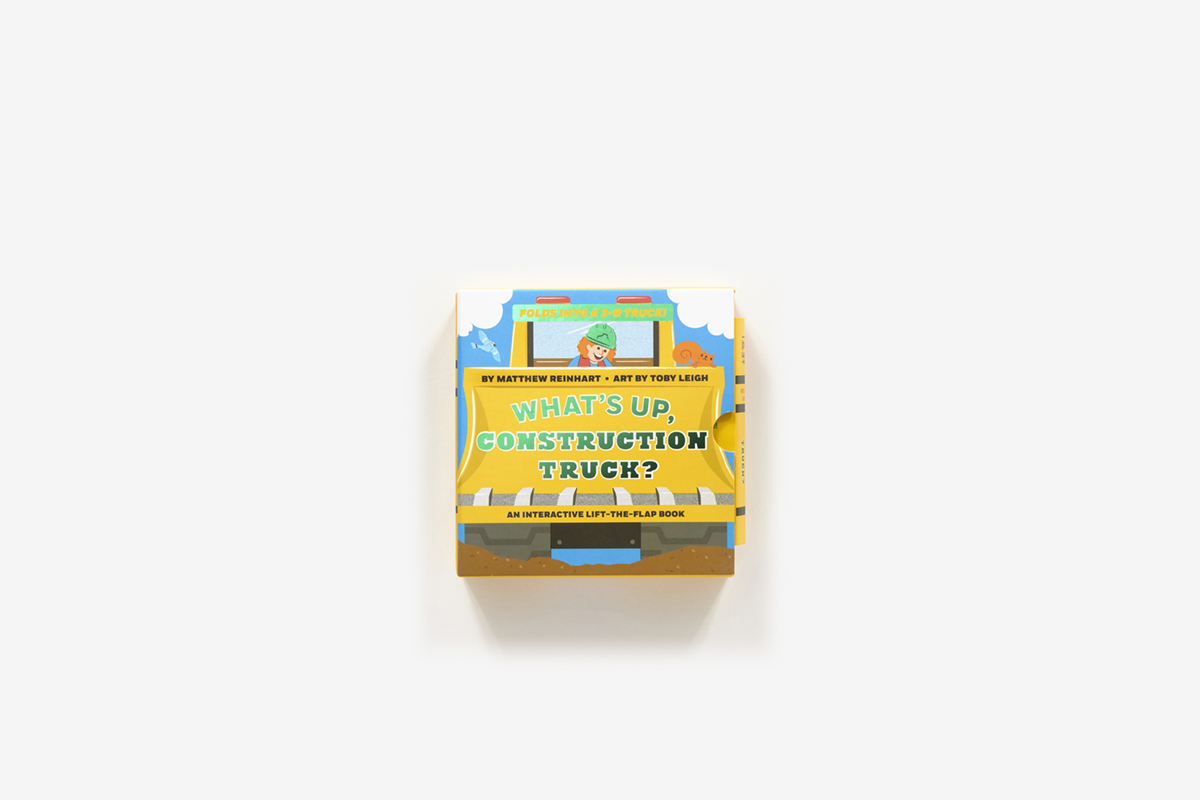 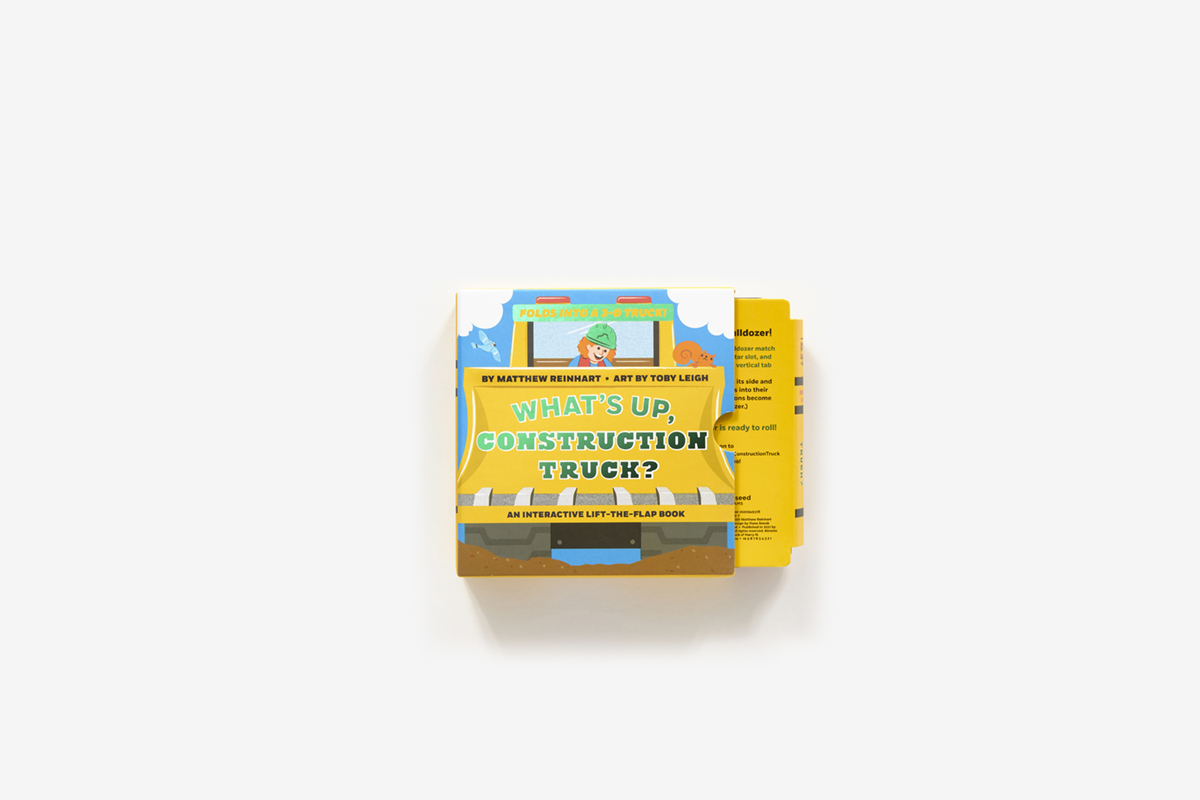 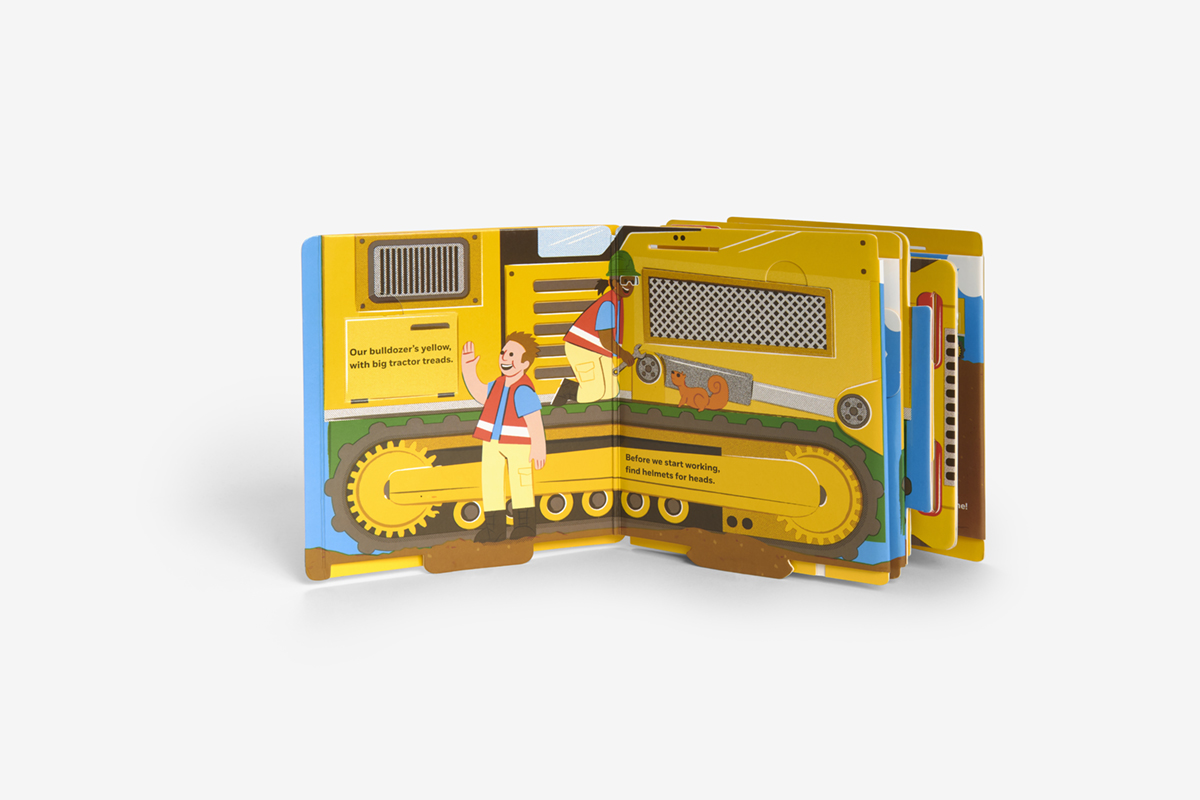 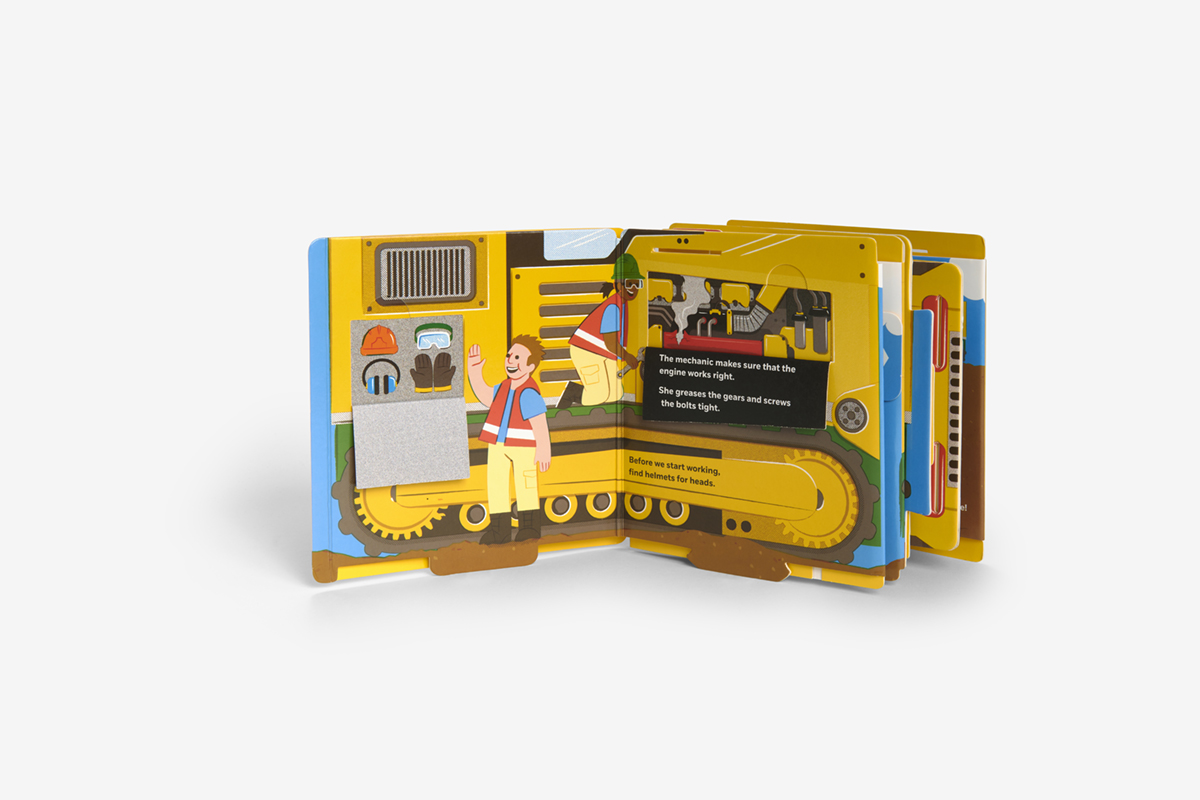 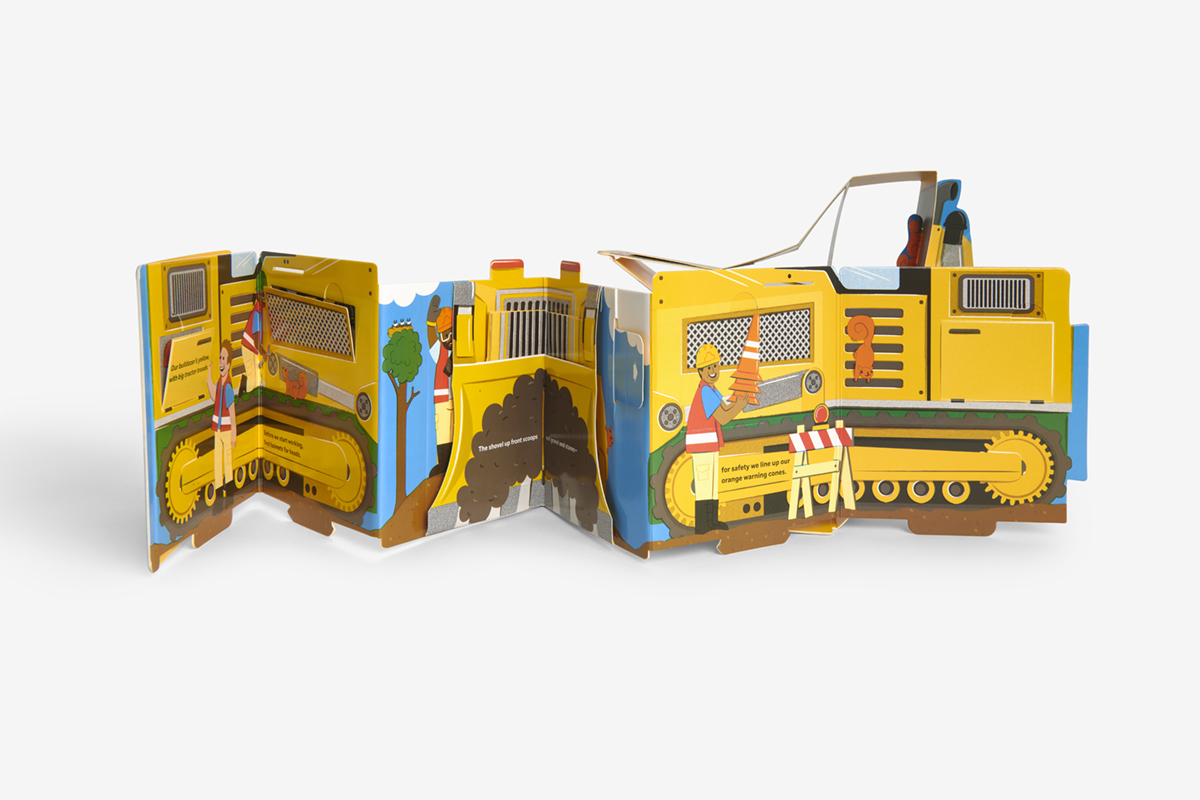 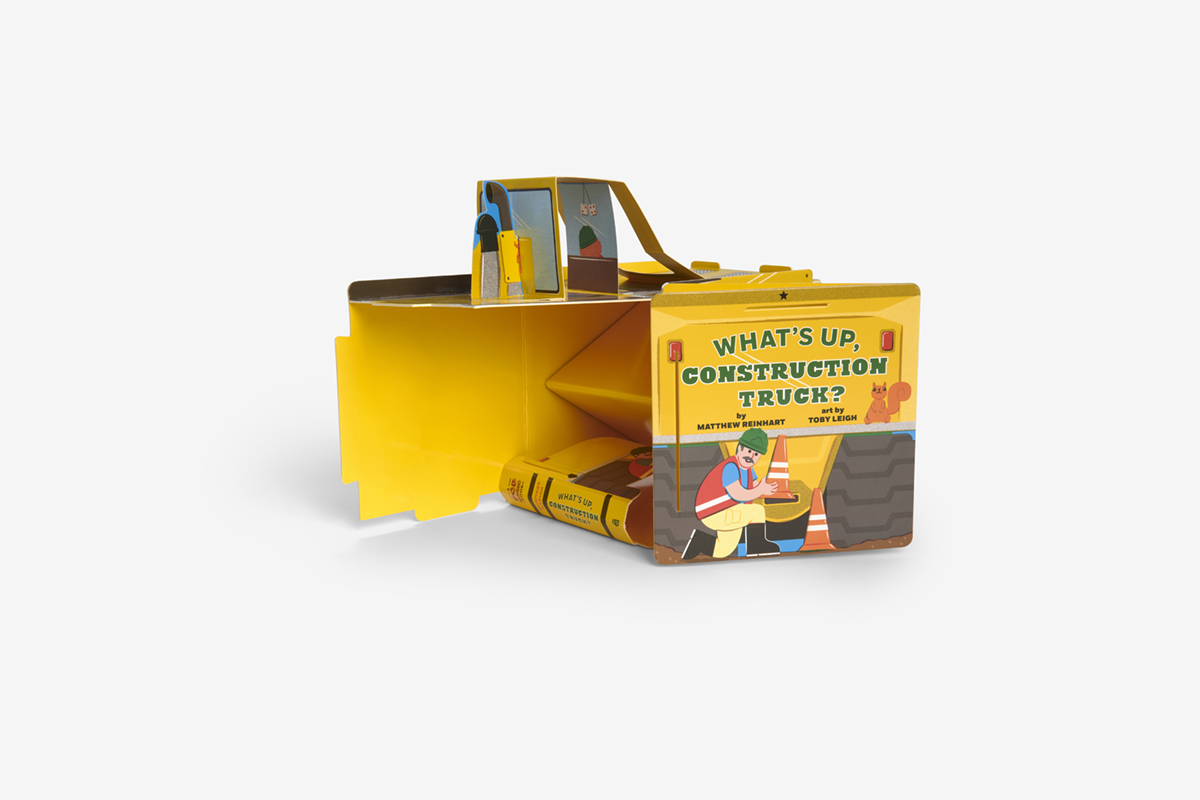 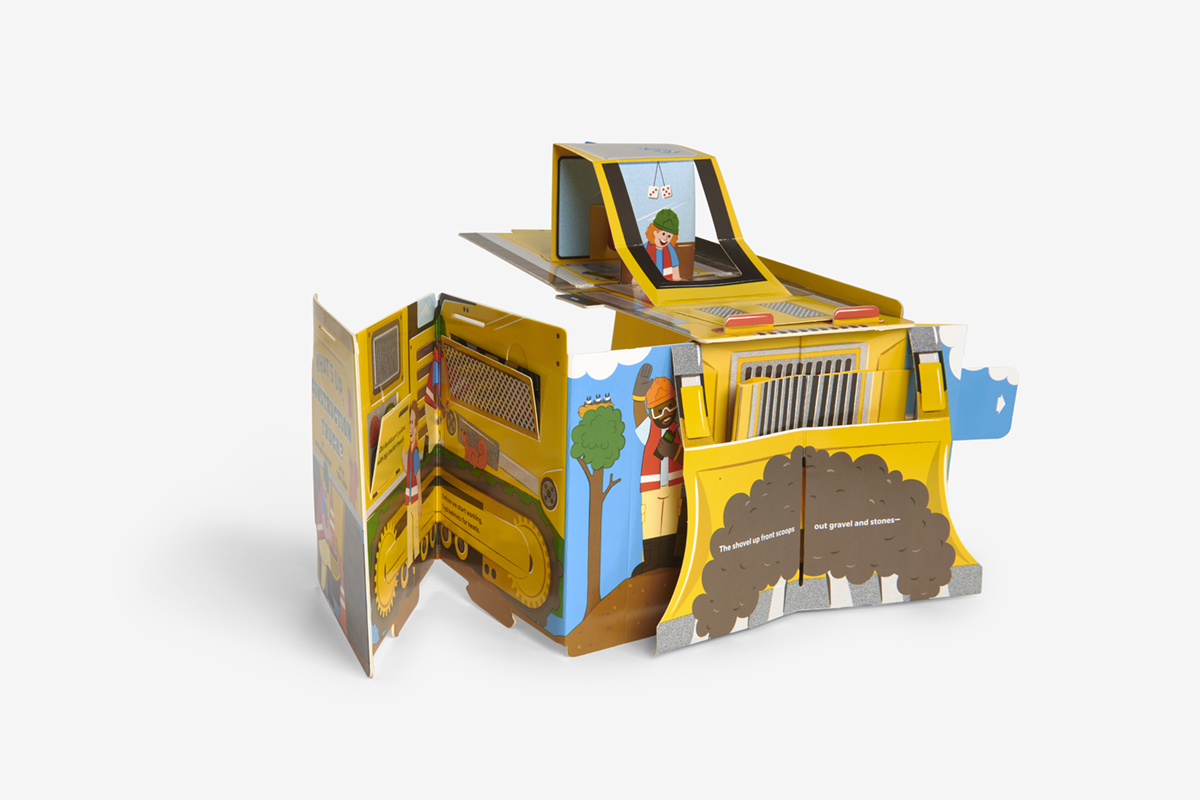 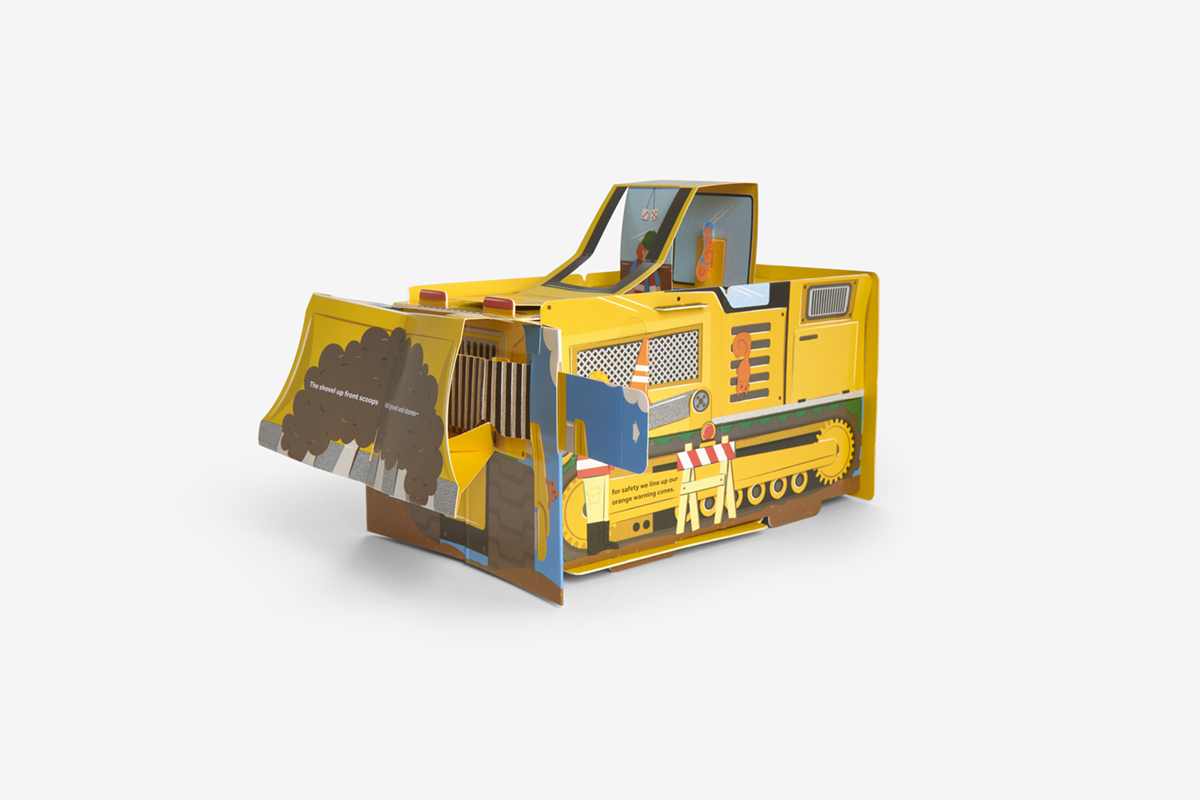 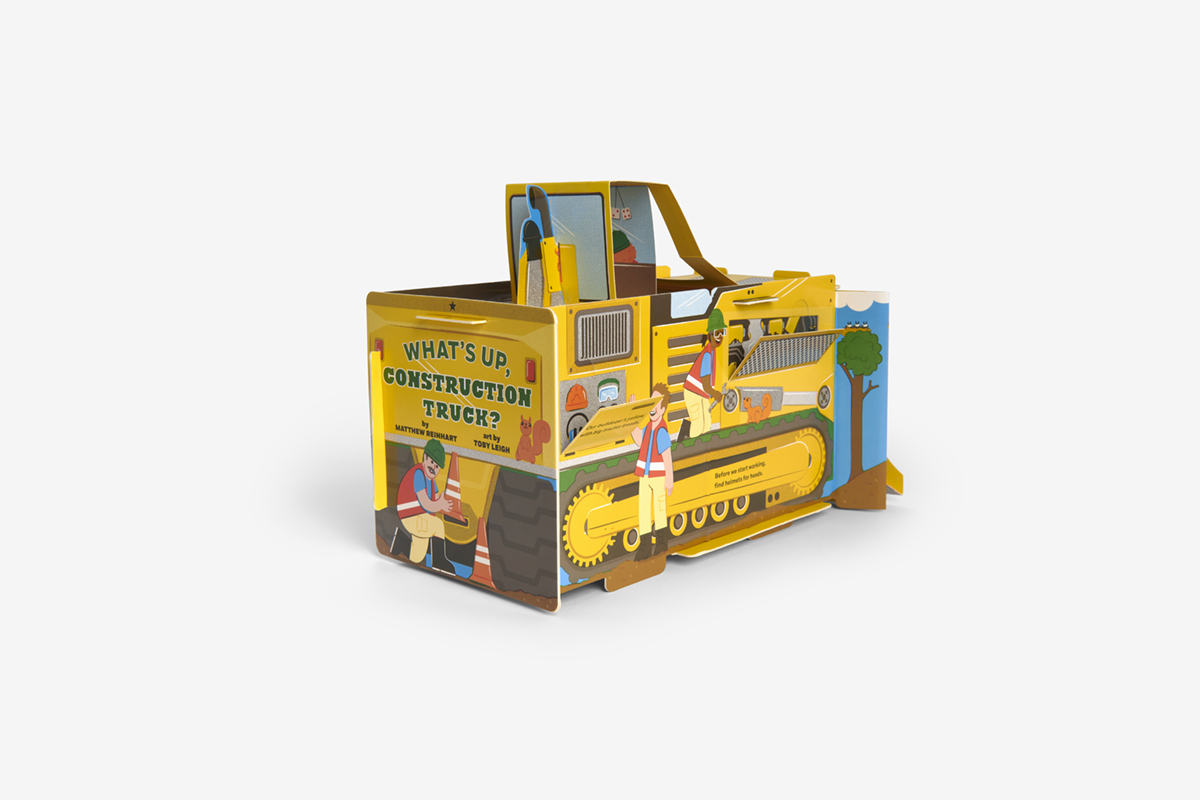 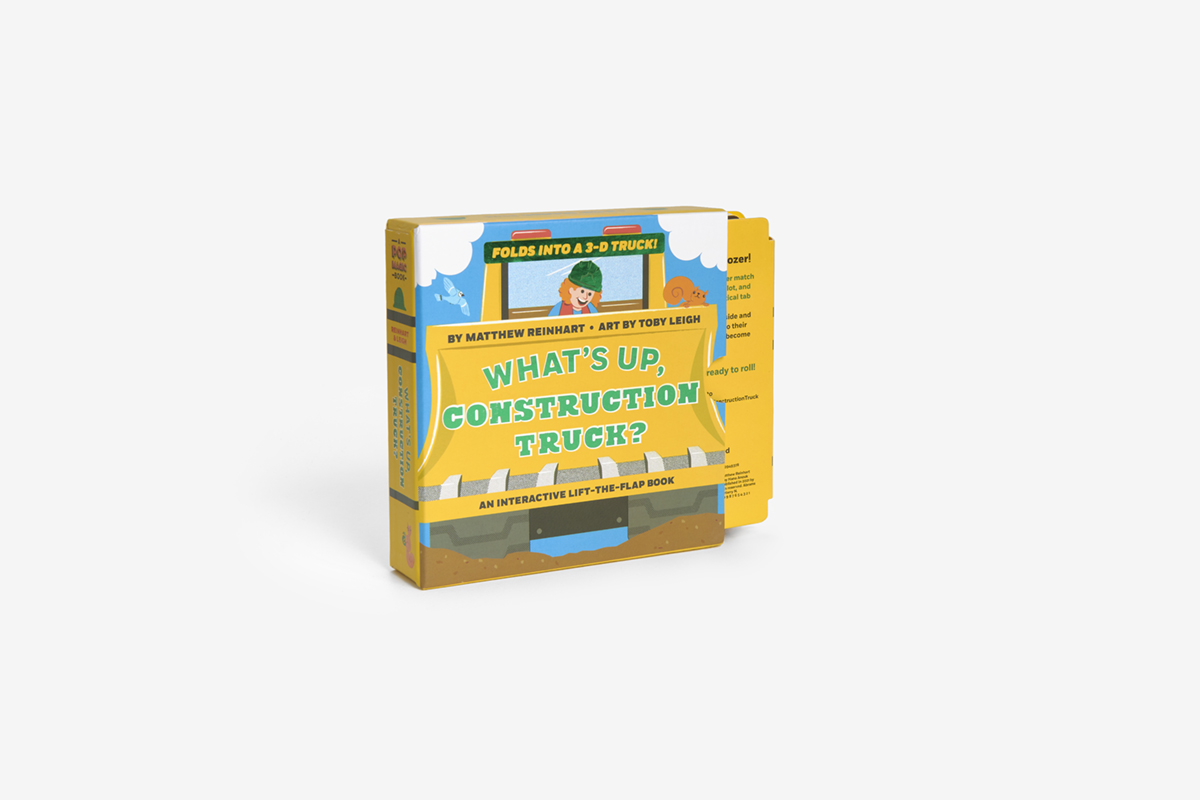 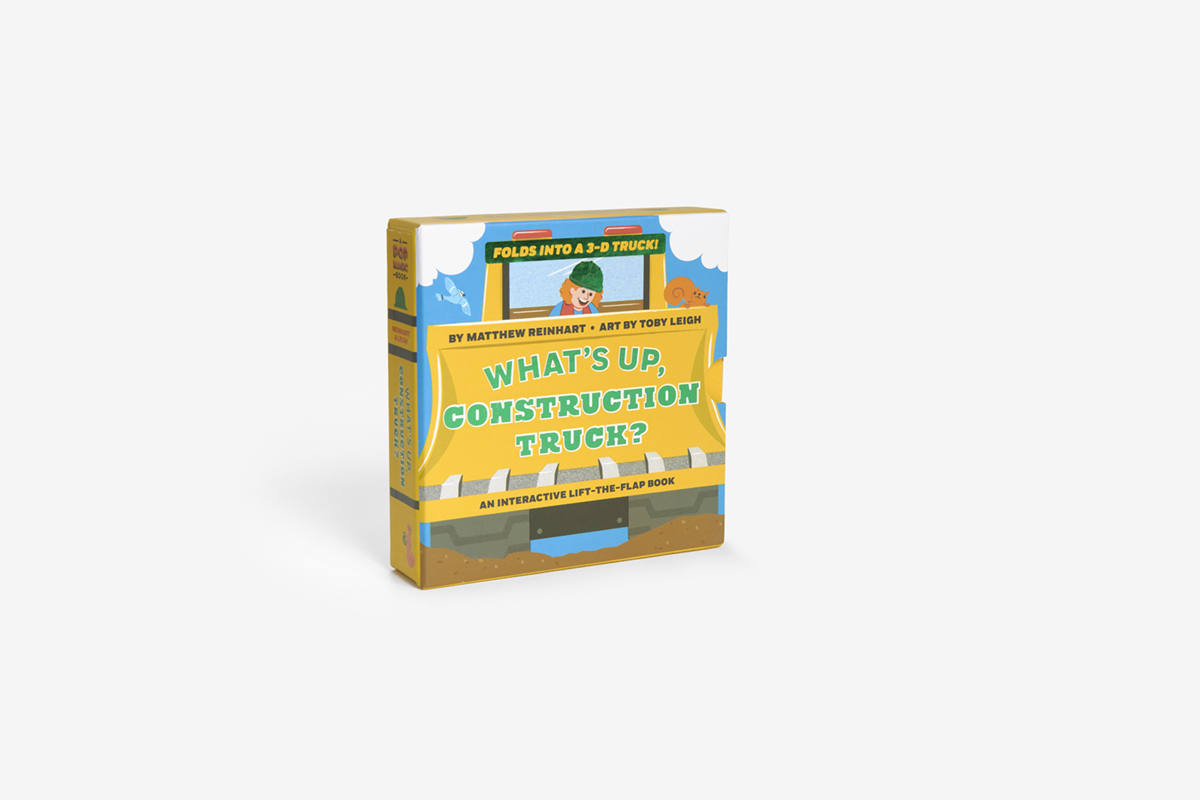 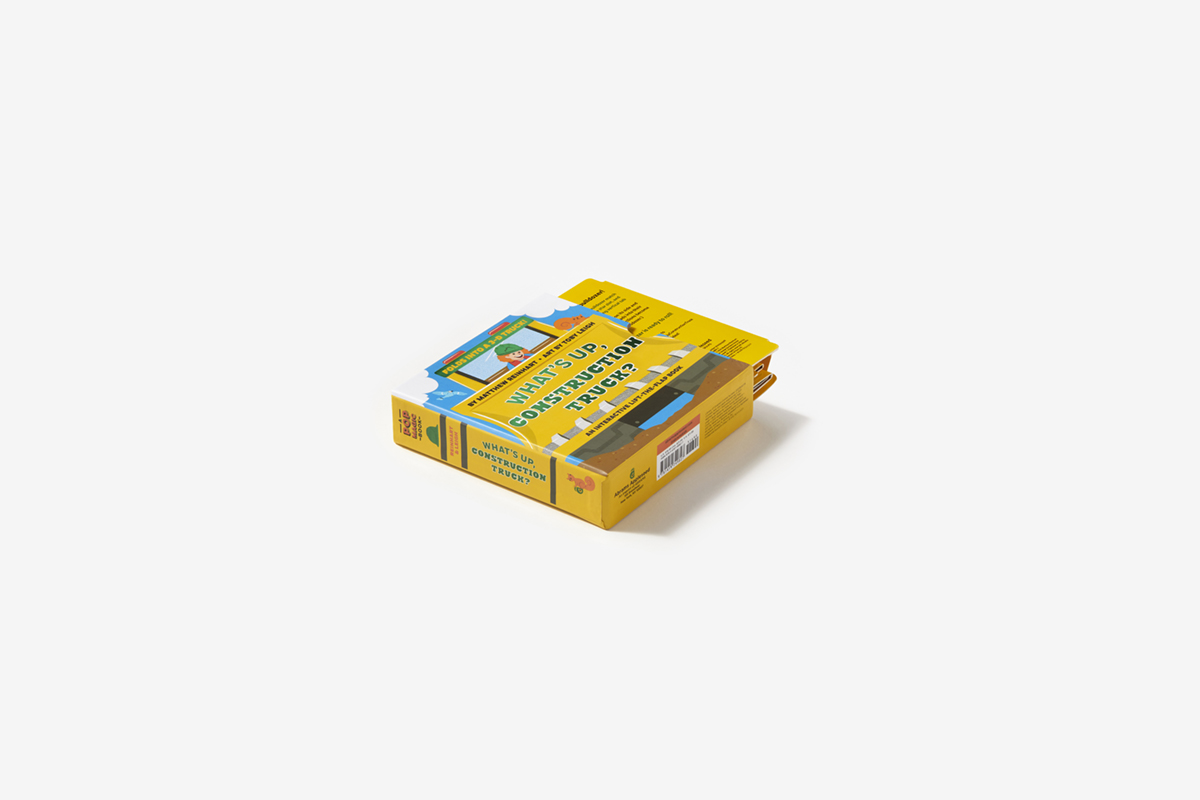 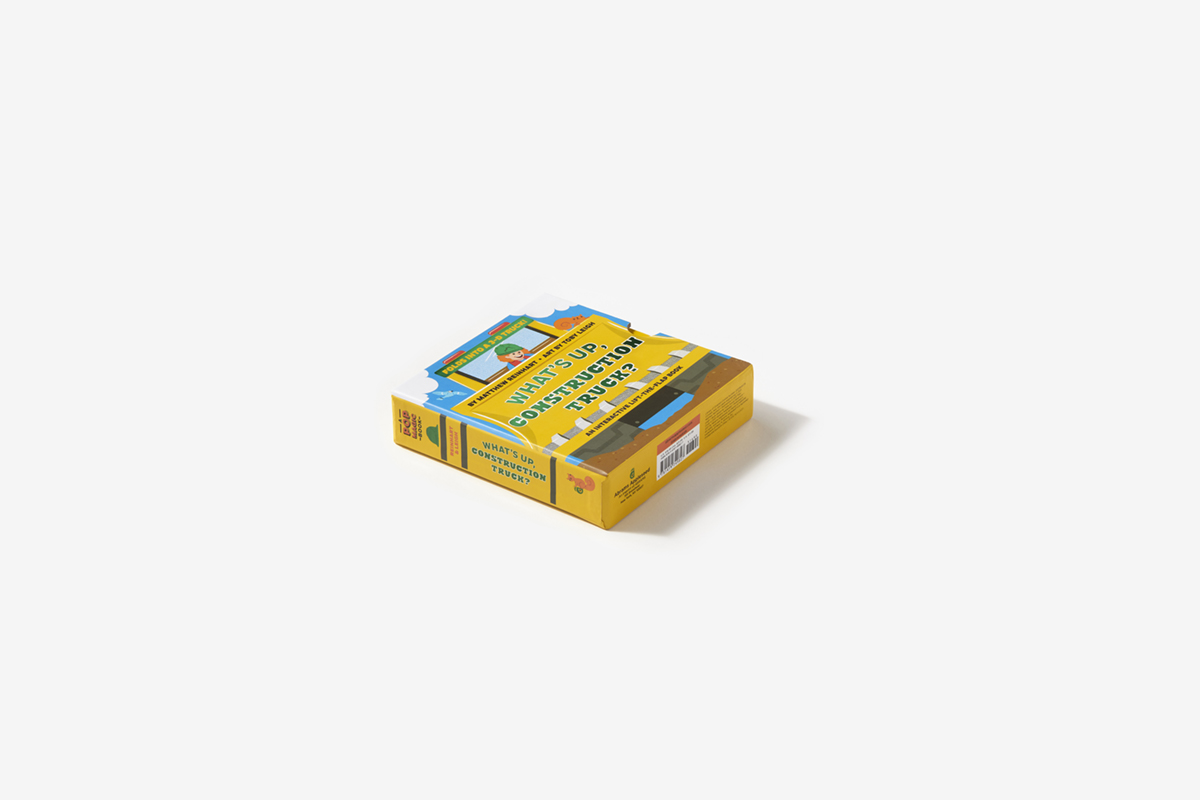 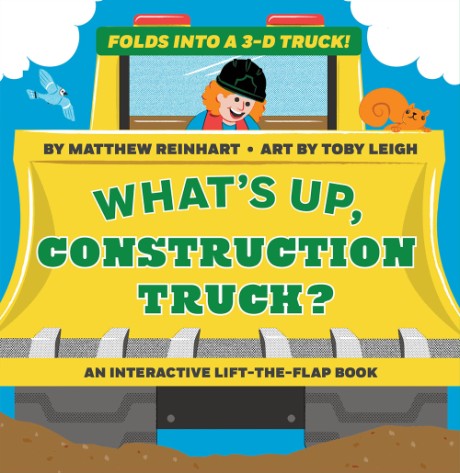 Follow construction workers through a busy day on the job. Lift the flaps to open the bulldozer’s doors and peek inside; help a crew member put on his helmet; and lift up the shovel to help the driver prepare a new bike trail for paving. When the story is over, follow simple instructions to transform the pages of the book into a three-dimensional bulldozer! There’s so much to discover in this stunning interactive board book from Matthew Reinhart.

From as far back as Matthew Reinhart can remember, art always took center stage. Despite moving several times throughout childhood, his sketchbook was always nearby, a constant friend wherever his family roamed. An avid comic, fantasy, and science-fiction fanatic, Reinhart has created a huge array of pop culture pop-ups like his bestselling blockbusters Star Wars: A Galactic Pop-Up Adventure, Frozen: A Pop-Up Adventure, Lego Pop-Up, and many more. He is also the creator of the Pop Magic series, an innovative line of interactive preschool books including What’s Up, Fire Truck? and Colors: My First Pop-Up! He lives in San Francisco. Toby Leigh is an award-winning illustrator and artist with an eye for the peculiar. He is a regular contributor to publications such as the Guardian, the Times, the Independent, Esquire, Empire, and Time Out. He lives in London.