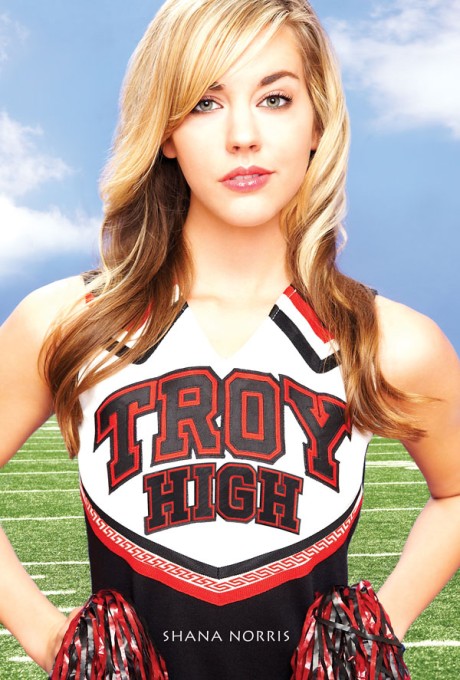 Homer’s Iliad, the classic tale of love and revenge, is shrewdly retold for teens in Troy High.

Narrated by Cassie, a shy outsider who fears that an epic high school rivalry is about to go up in flames, the story follows the Trojans and Spartans as they declare war on the football field. After the beautiful Elena—who used to be the captain of the Spartan cheerleaders—transfers to Troy High and falls madly in love with Cassie’s brother Perry, the Spartans vow that the annual homecoming game will never be forgotten.

The Trojans and Spartans pull wicked pranks on each other as homecoming approaches. And the Spartans’ wildcard football star, Ackley, promises to take down the Trojans’ offensive line. But the stakes are raised when Cassie is forced to choose between the boy she loves (a Spartan) and loyalty to her family and school. Troy High will seduce readers with its incendiary cast of mythic proportions.

Shana Norris is the author of Something to Blog About, a Book Sense Summer 2008 pick. She lives in Kinston, North Carolina, with her husband, dog, and three cats.