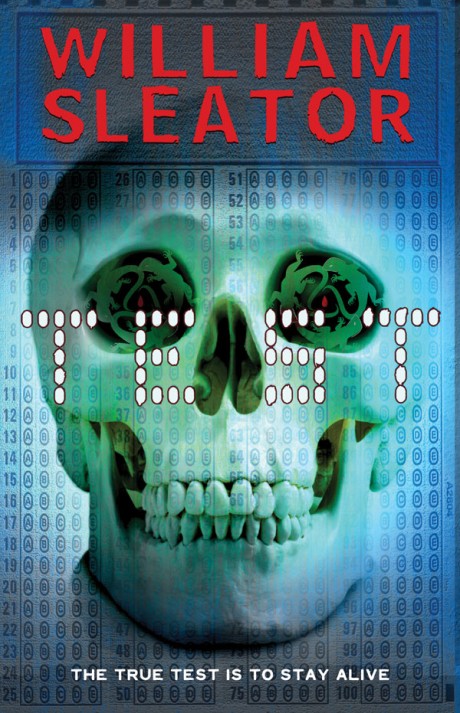 Pass, and have it made. Fail, and suffer the consequences. A master of teen thrillers tests readers' courage in an edge-of-your-seat novel that echoes the fears of exam-takers everywhere.

Ann, a teenage girl living in the security-obsessed, elitist United States of the very near future, is threatened on her way home from school by a mysterious man on a black motorcycle. Soon she and a new friend are caught up in a vast conspiracy of greed involving the mega-wealthy owner of a school testing company. Students who pass his test have it made; those who don't, disappear . . . or worse. Will Ann be next?

For all those who suspect standardized tests are an evil conspiracy, here's a thriller that really satisfies!

"Fast-paced with short chapters that end in cliff-hangers . . . good read for moderately reluctant readers. Teens will be able to draw comparisons to contemporary society's shift toward standardized testing and ecological concerns, and are sure to appreciate the spoofs on NCLB." —School Library Journal

For more than thirty years, William Sleator has thrilled readers with his inventive books that blend real science with stories that explore our darkest fears and wishes. His House of Stairs was a groundbreaking book for young adults, and was named one of the best novels of the twentieth century by the Young Adult Library Services Association. Critics call his writing “clever and engrossing . . . and just plain fun” (Booklist) and “gleefully icky” (Publishers Weekly). He divides his time between homes in Boston and Thailand.