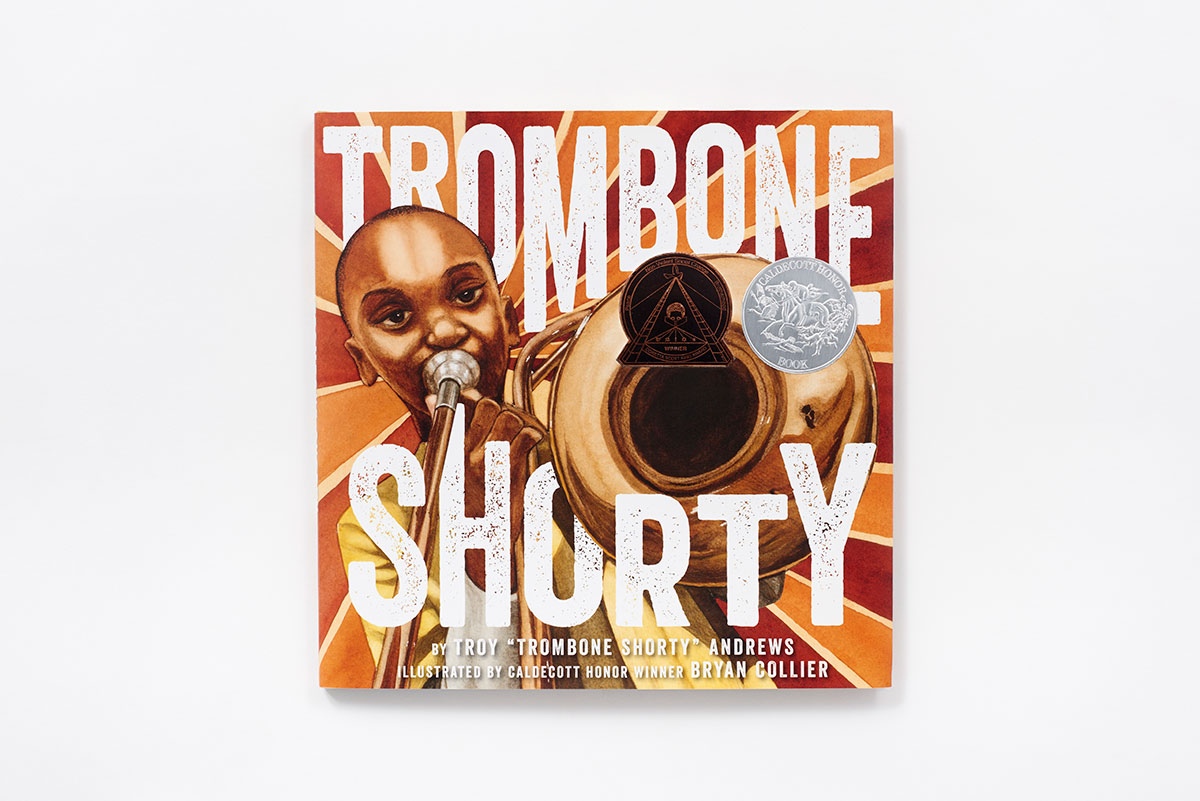 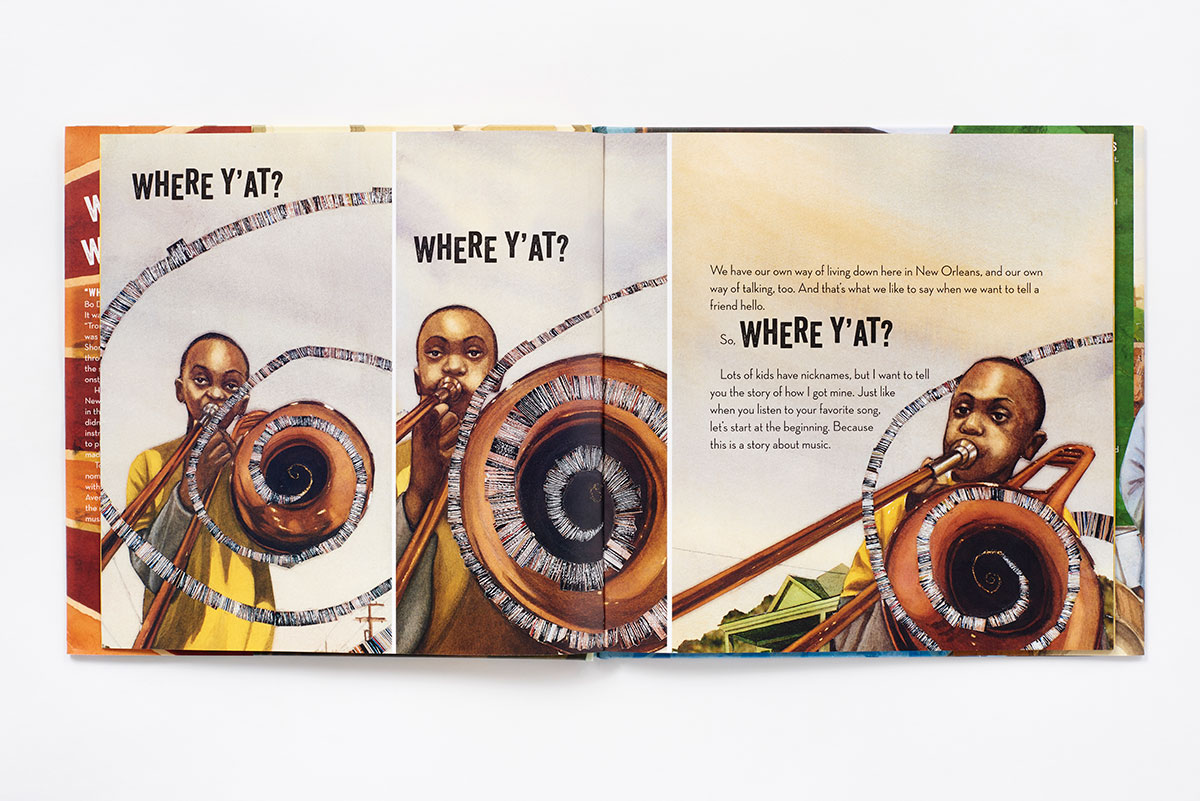 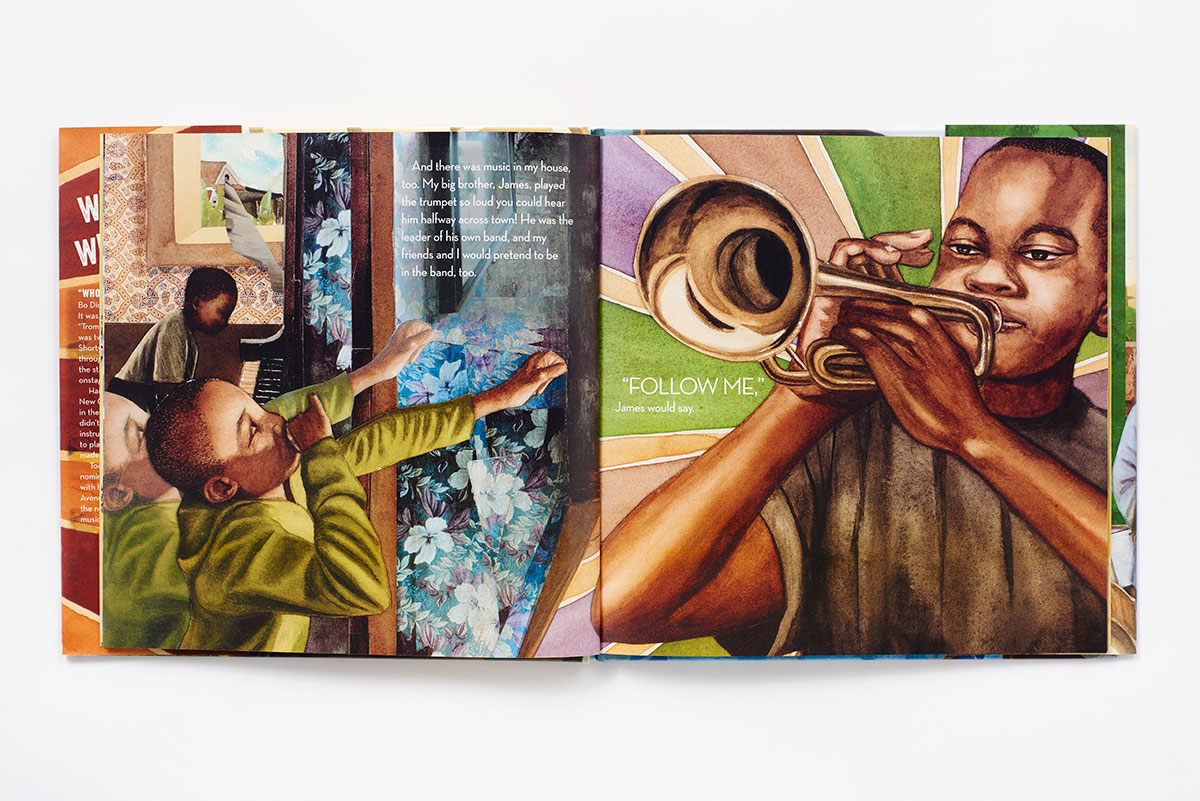 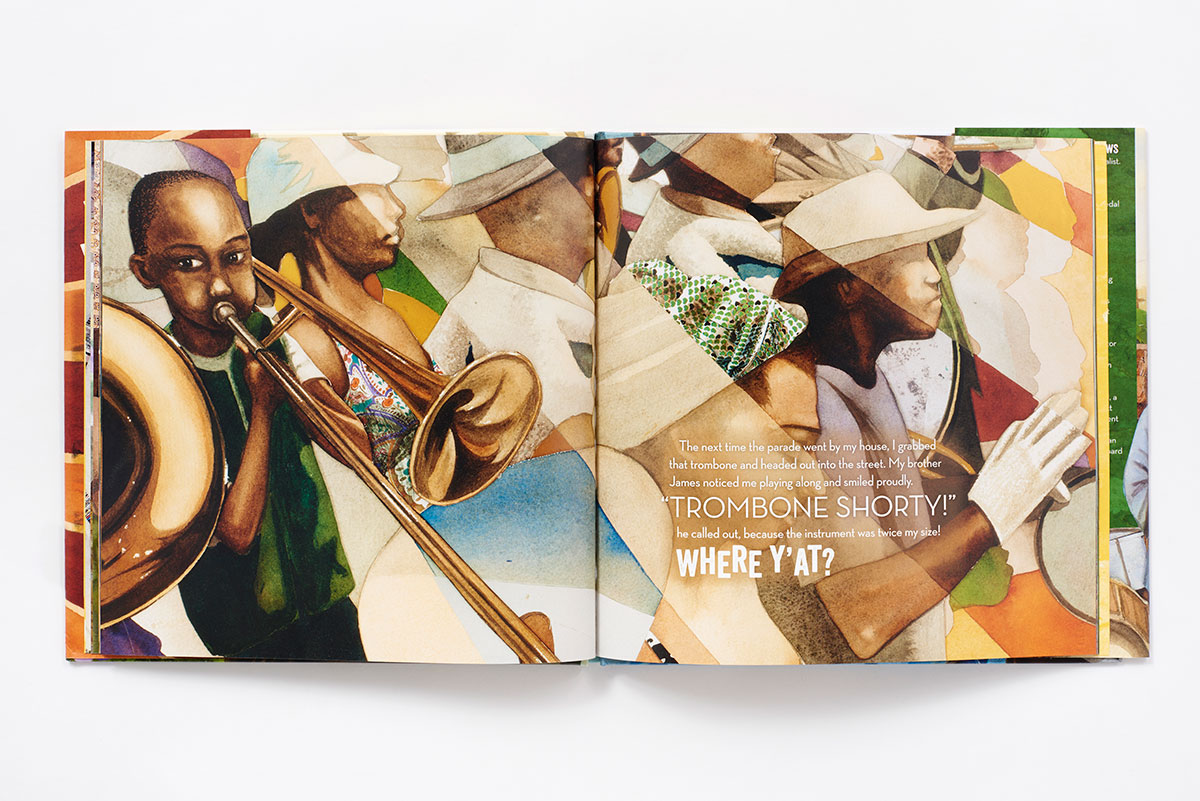 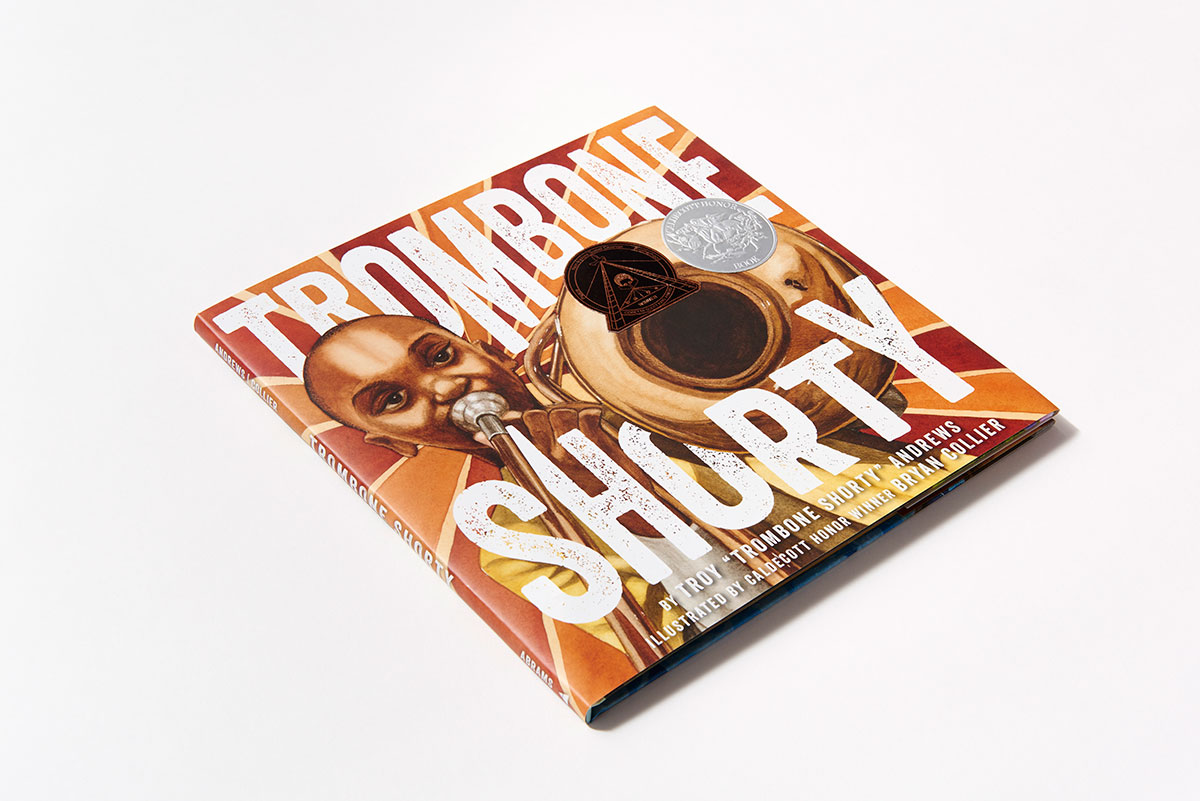 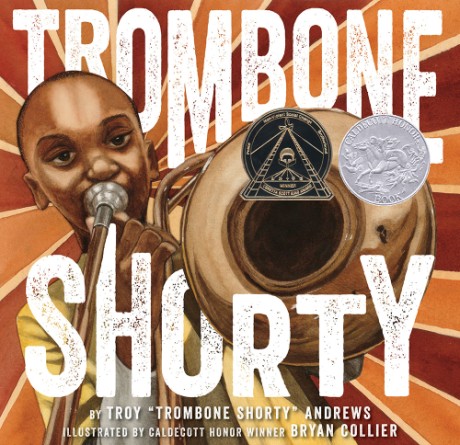 “Who’s that playing out there?” Bo Diddley asked the New Orleans crowd. It was a small child who’d been nicknamed “Trombone Shorty” because his trombone was twice as large as he was.

Trombone Shorty was lifted in the air and carried through the audience until he reached the stage with Bo Diddley. He has been onstage ever since. Hailing from the Tremé neighborhood of New Orleans, where music always floated in the air, Troy “Trombone Shorty” Andrews didn’t always have the money to buy an instrument, but he did have the dream to play music.

This is the story of how he made his dream take flight. It’s a story that will entertain young readers and their parents and resonate with anyone who has had to overcome obstacles to fulfill their dream. It’s sure to be a favorite with jazz and general music lovers, but its message is universal.

Today, Troy “Trombone Shorty” Andrews is a Grammy-nominated musician who tours the world with his band, Trombone Shorty & Orleans Avenue. He continues to inspire hope for the next generation in New Orleans and for music lovers everywhere.

You and your children will love having Andrews share his story. Illustrator Bryan Collier brings to life this living legend’s narrative with energy and style, making visible the swirling sounds of jazz.

STARRED REVIEW
"This well-told and exquisitely illustrated story of a musician with a steep career trajectory will inspire young readers to pursue their passions, despite the challenges."
Kirkus Reviews —

STARRED REVIEW
"If a fairy tale were set in New Orleans, this is how it would read."
Publishers Weekly —

"Sharp panels of color and image, perspective that dips and soars, and layers of mixed-media collage unite to feel like renditions of brass band music itself."
Booklist, Amina Chaudhri —

"Collier’s expressive watercolor collages layer and texture each page, creating a mix of images that echo the combination of styles Andrews uses to create his own “musical gumbo'...Read this one aloud to capture the sounds and sights of Trombone Shorty’s New Orleans."
The Horn Book Magazine —

"The storytelling is imbued with a touch of storybook glamour and generous humor...Collier’s vibrant mixed-media illustrations ably complement the text with a skillful melding of paint and photo collage that underscore the “gumbo” of street sounds and musical styles that influence Andrews’ works."
The Bulletin of the Center for Children's Books —