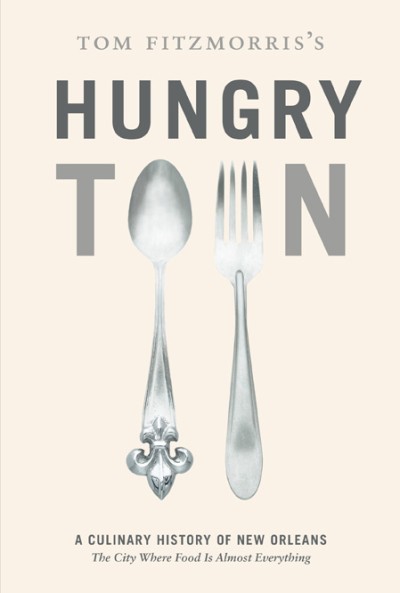 Buy
Tom Fitzmorris's Hungry Town
A Culinary History of New Orleans, the City Where Food Is Almost Everything
By Tom Fitzmorris

In Tom Fitzmorris's Hungry Town, Fitzmorris movingly describes the disappearance of New Orleans’s food culture in the aftermath of Hurricane Katrina and its triumphant comeback—an essential element in the city’s recovery. He leads up to it with a recent history of New Orleans dining before the hurricane, from the Creole craze of the 1980s to the opening of restaurants by big-name chefs like Paul Prudhomme and Emeril Lagasse. Fitzmorris’s coverage of the heroic return of the city’s chefs after Katrina highlights the importance of local cooking traditions to a community. The book includes recipes for some of the dishes mentioned in the story, and numerous sidebars informed by Fitzmorris’s long career writing about this delicious city.

“New Orleanians are passionate about a lot of things, especially food! Nobody understands this better than Tom Fitzmorris. In Hungry Town, Tom gives readers insight into this amazing and one-of-a-kind city, and shows how food and the restaurant industry helped the city to survive and thrive after Katrina.”
— EMERIL LAGASSE, chef, restaurateur, and TV host

“A delicious read, part autobiographical, with wonderful recipes and a comprehensive restaurant history. This is a great tribute to the indomitable spirit of the New Orleans restaurant community, which brought our city back from the devastation of Hurricane Katrina. Hungry Town is a must for both New Orleanians and lovers of New Orleans food.”
— ANNE GOOCH, Galatoire’s Restaurant and New Orleans Wine and Food Experience co-founder

“This book is a must-have for any New Orleanian or anyone traveling to New Orleans. It’s full of the juicy tidbits that you can’t find anywhere else. His prose will leave you salivating after every chapter. What a delicious read!”
— JOHN BESH, Besh Restaurant Group chef/owner

“From his cat-bird seat, Tom Fitzmorris shares with us the family feuds, delicious tidbits, and vicious bites that comprise the New Orleans food scene of the late twentieth century. Hungry Town is the Tom-tell-all we’ve all been waiting for!”
— POPPY TOOKER, Slow Food New Orleans founder and food activist

Tom Fitzmorris writes several thousand words a day for The New Orleans MENU Daily, a review of New Orleans dining he began in the 1970s. It’s online at nomenu.com. His radio show airs live 18 hours a week on 1350 AM. A Certified Culinary Professional, Fitzmorris is the author of STC’s Tom Fitzmorris’s New Orleans Food. Born on Mardi Gras, he lives in New Orleans still.