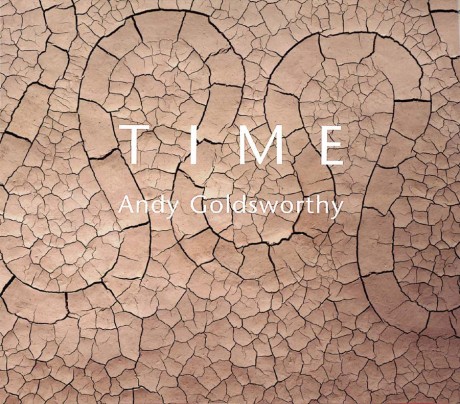 In this first paperback edition of his enormously successful Time, internationally acclaimed artist Andy Goldsworthy presents a wealth of work that uses time itself as a medium: on a Scottish hillside a huge rectangle of compacted snow becomes ever more visible as the surrounding snowfall melts away; clay walls dry out and crack, revealing new forms embedded within them; a sculpture of re-formed icicles catches the morning sunshine. This spectacular collection of color photographs celebrates the many ways in which Goldsworthy's art evokes the passage of time.

Presenting key works along with revealing excerpts from Goldsworthy's working diaries, this perceptive overview—which includes an extensive illustrated chronology by Terry Friedman—is a necessity for anyone who loves Goldsworthy's art.

ANDY GOLDSWORTHY's books include Abrams' Stone, Wood, Arch, Wall, Hand to Earth, Passage, Enclosure, and Andy Goldsworthy: A Collaboration with Nature. His work is regularly exhibited in Britain, France, Japan, and the United States. This new book comes in the same year that his first permanent installation in an American museum, at Storm King Art Center in Mountainville, New York, has its official unveiling. Goldsworthy lives with his family in Scotland. TERRY FRIEDMAN is an architectural historian who curated the first major retrospective of Goldsworthy's work.