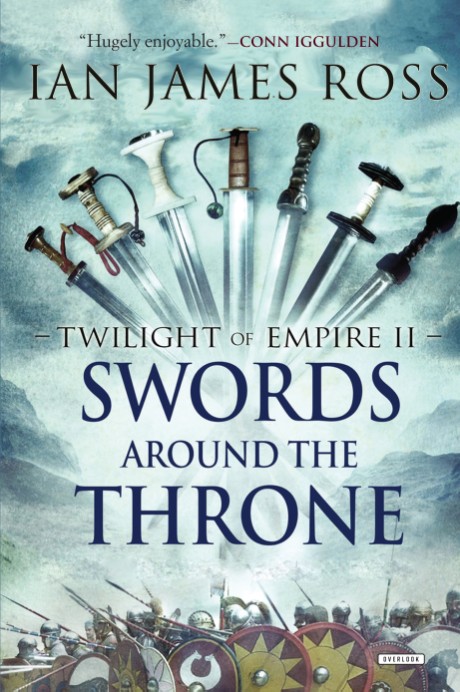 Swords Around the Throne

Rome is in peril and the old order is changing. Centurion Aurelius Castus has been summoned back from his post in Britain to find himself caught up in a treacherous conspiracy threatening to bring down Emperor Constantine.Rewarded for saving the emperor's life in battle, Castus is promoted to the Corps of Protectores, the elite imperial bodyguard—the swords around the throne. But he soon discovers the court can be as dangerous as the battlefield; behind the gilded facade of empire, there are spiraling plots, betrayals, and seductions. A nest of traitors. And one relentless enemy who threatens the future of Rome. Swords Around the Throne is the thrilling sequel to War at the Edge of the World and brilliantly brings the Late Roman Empire to life.