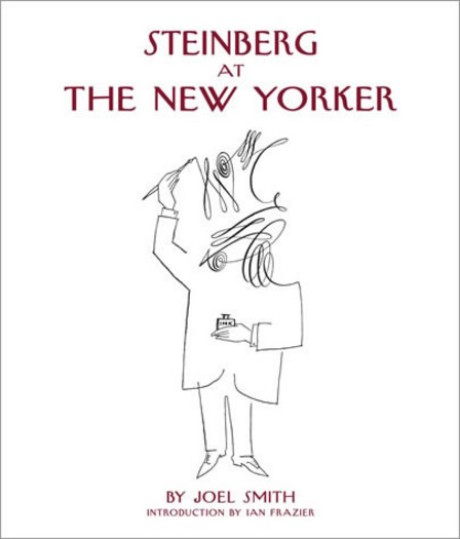 Steinberg at the New Yorker

For six decades, Saul Steinberg's covers, cartoons, features, and illustrations were a defining presence at The New Yorker. As the magazine became a standard-bearer of taste and intelligence in American letters, Steinberg's drawings emerged as its visual epitome. This richly illustrated book, featuring Joel Smith's astute text and a captivating introduction by the artist's friend and colleague Ian Frazier, explores the remarkable range and unceasing evolution of a major American modernist—one whose art reached a grateful public not from museum walls but from the pages of the periodical he called "my refuge, patria, and safety net." All Steinberg's New Yorker covers appear here in full color, along with over 130 examples of inside art, from black-line drawings to elaborate color portfolios. Also included are Steinberg's most beloved, intuitive, and brilliant inspirations, among them a New York populated with stoical cats, precocious children, puzzled couples, and a menagerie of vivid grotesques. A vibrant celebration of one of the most original and engaging artists of the 20th century, Steinberg at The New Yorker brings alive a genius, a magazine, and an era.

Joel Smith has been the Fisher Curator at the Frances Lehman Loeb Art Center at Vassar College since 1999. He is the author of Edward Steichen: The Early Years. Ian Frazier is a frequent contributor to The New Yorker. His previous books include the national bestseller Great Plains.