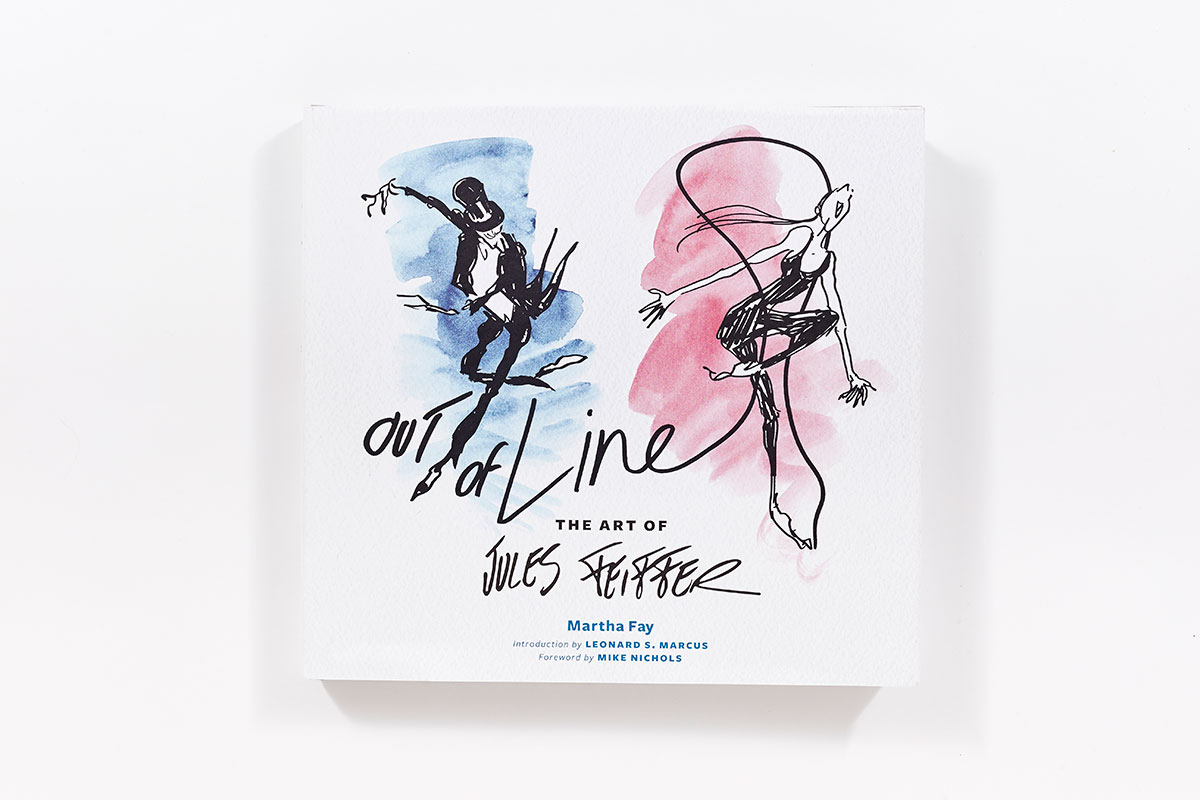 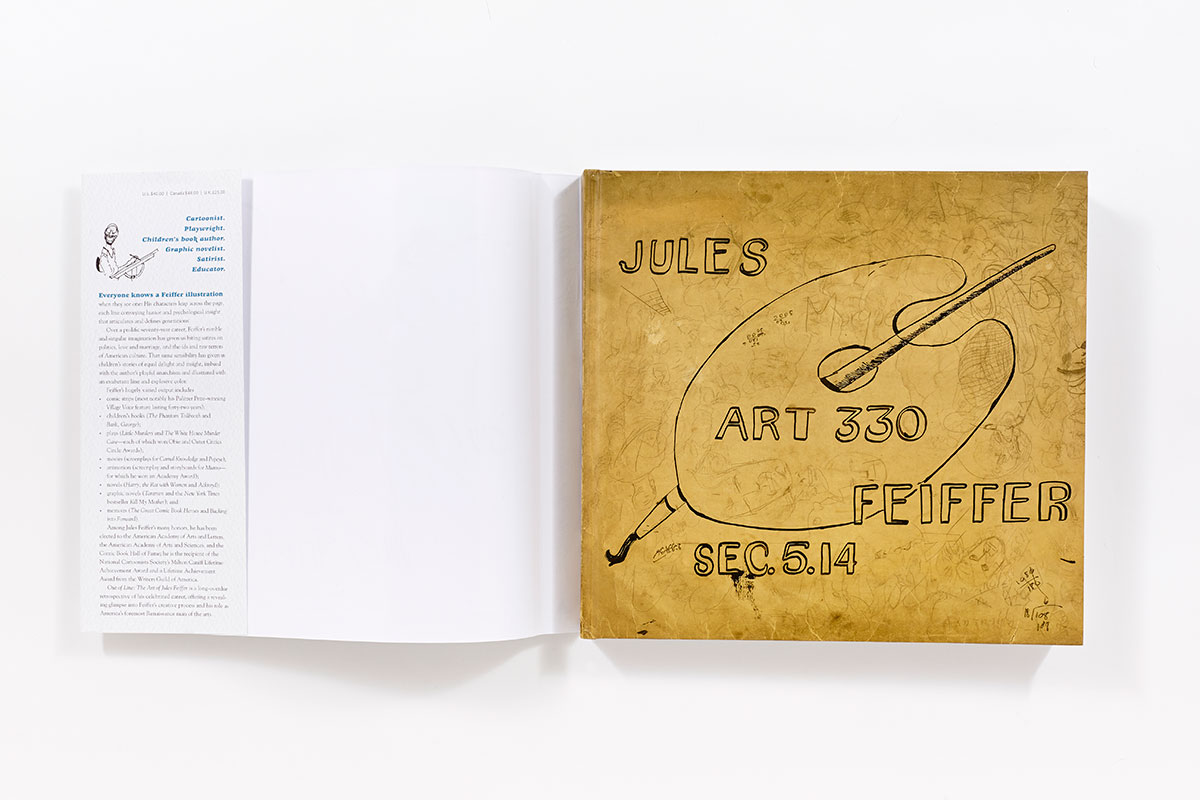 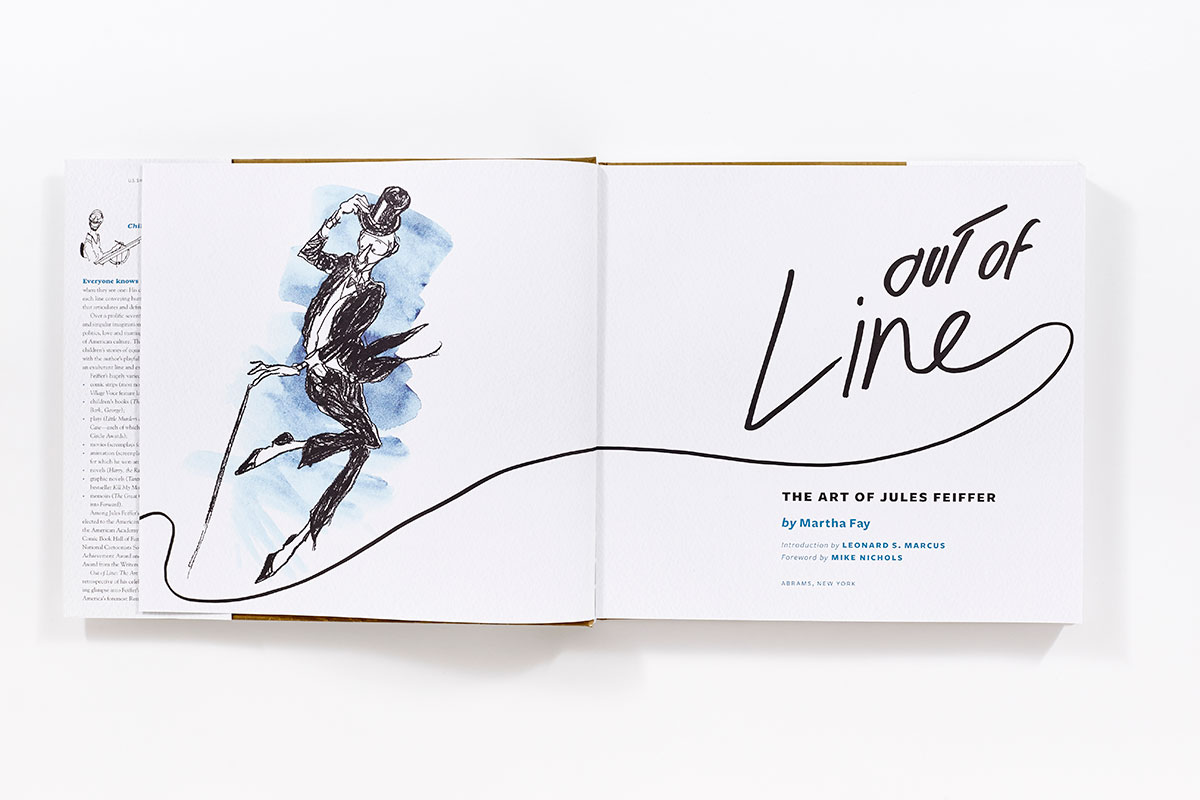 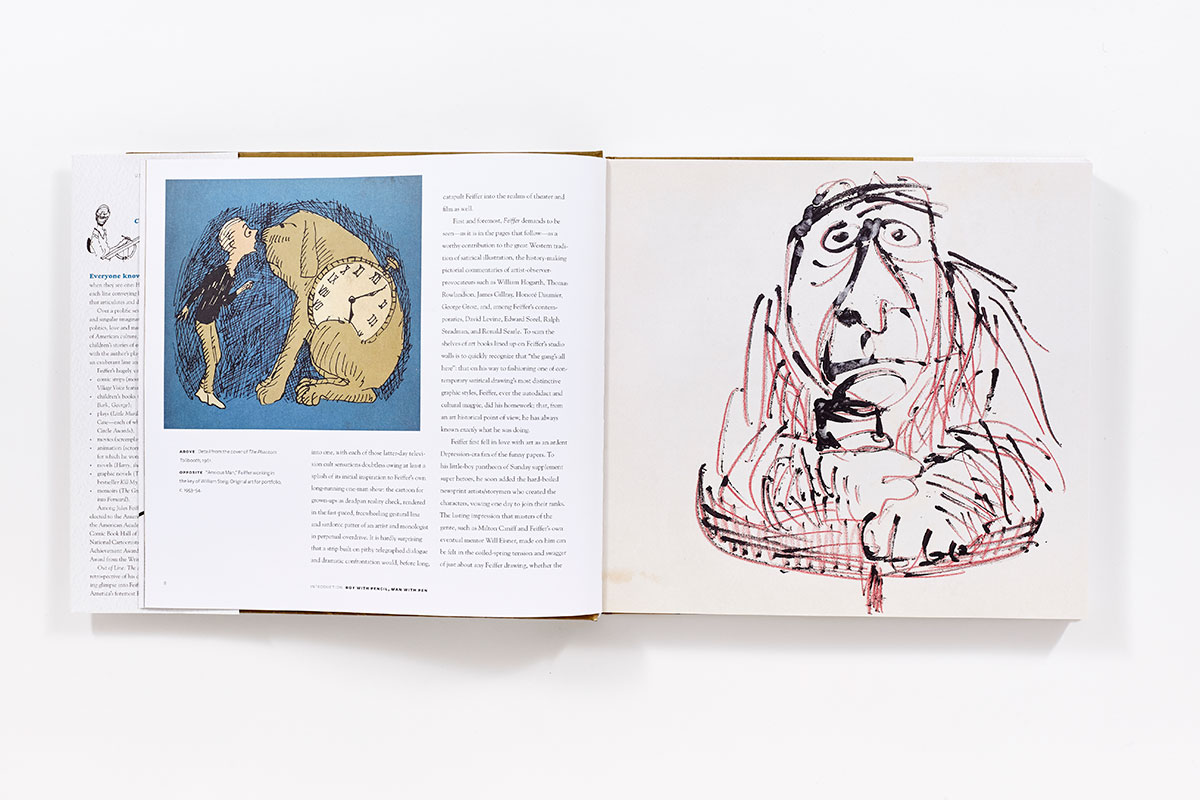 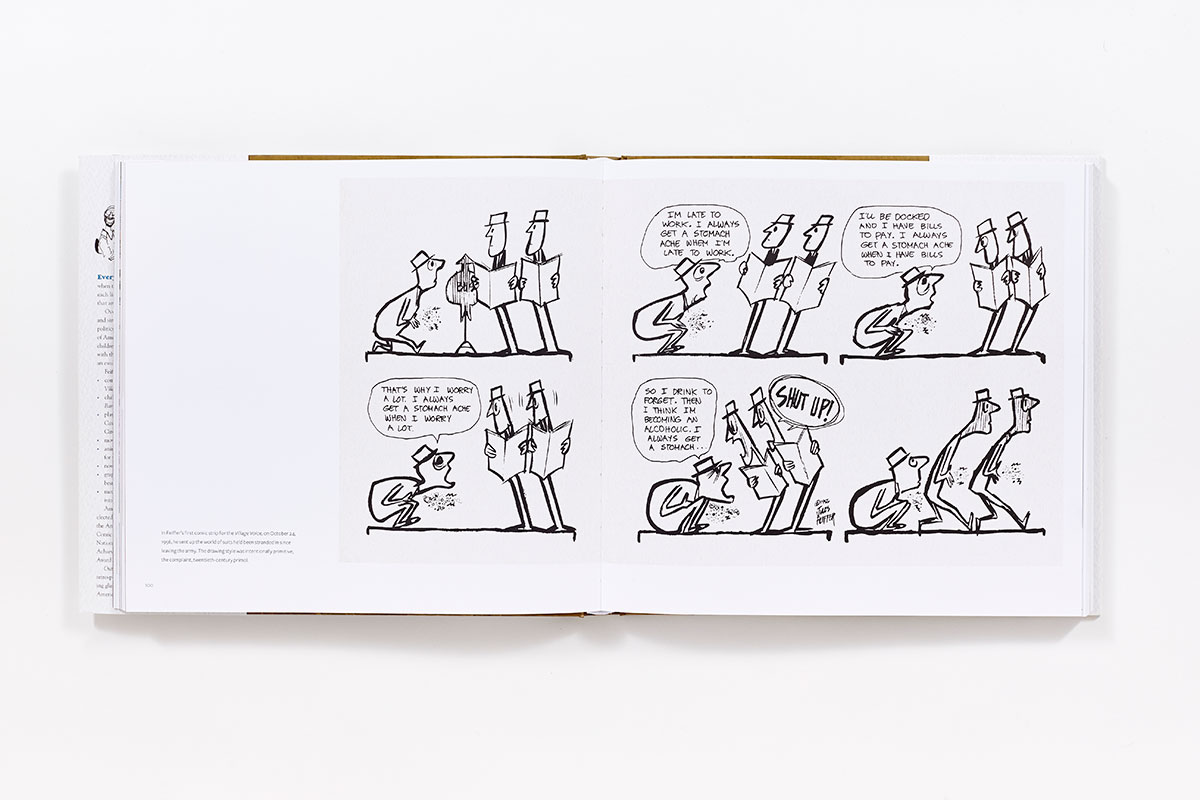 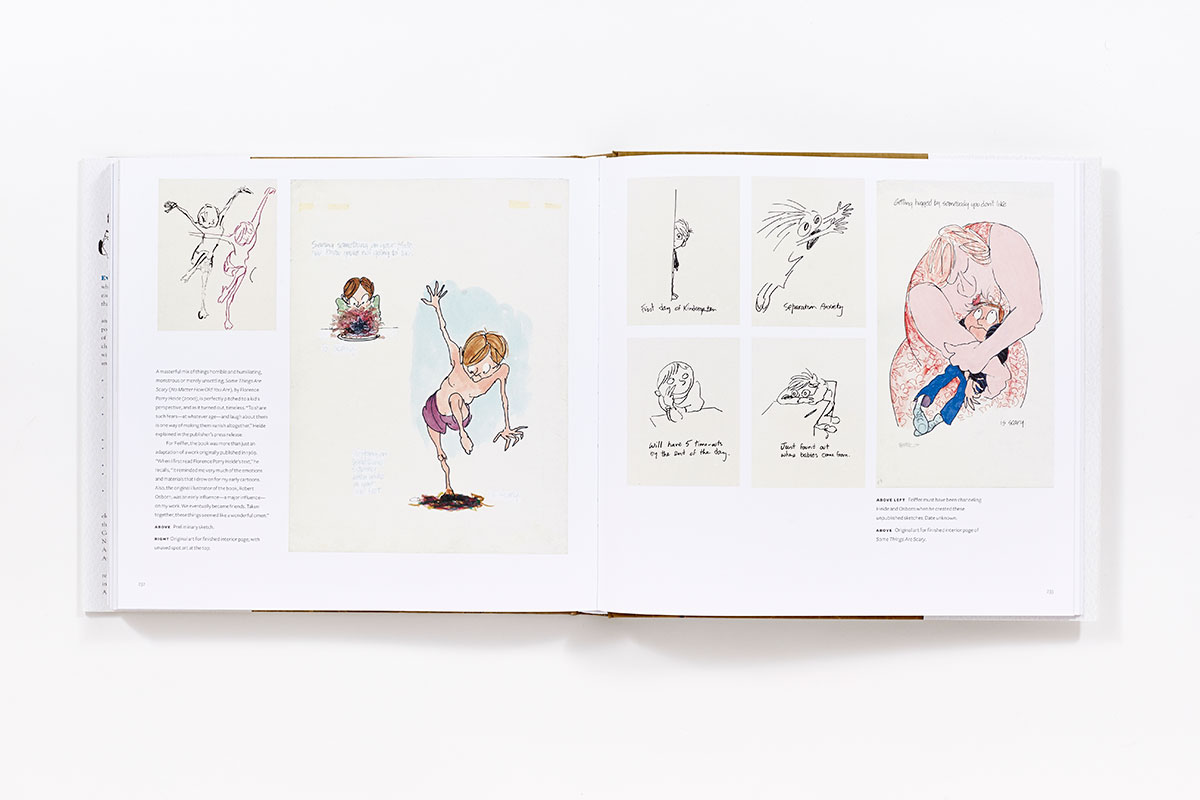 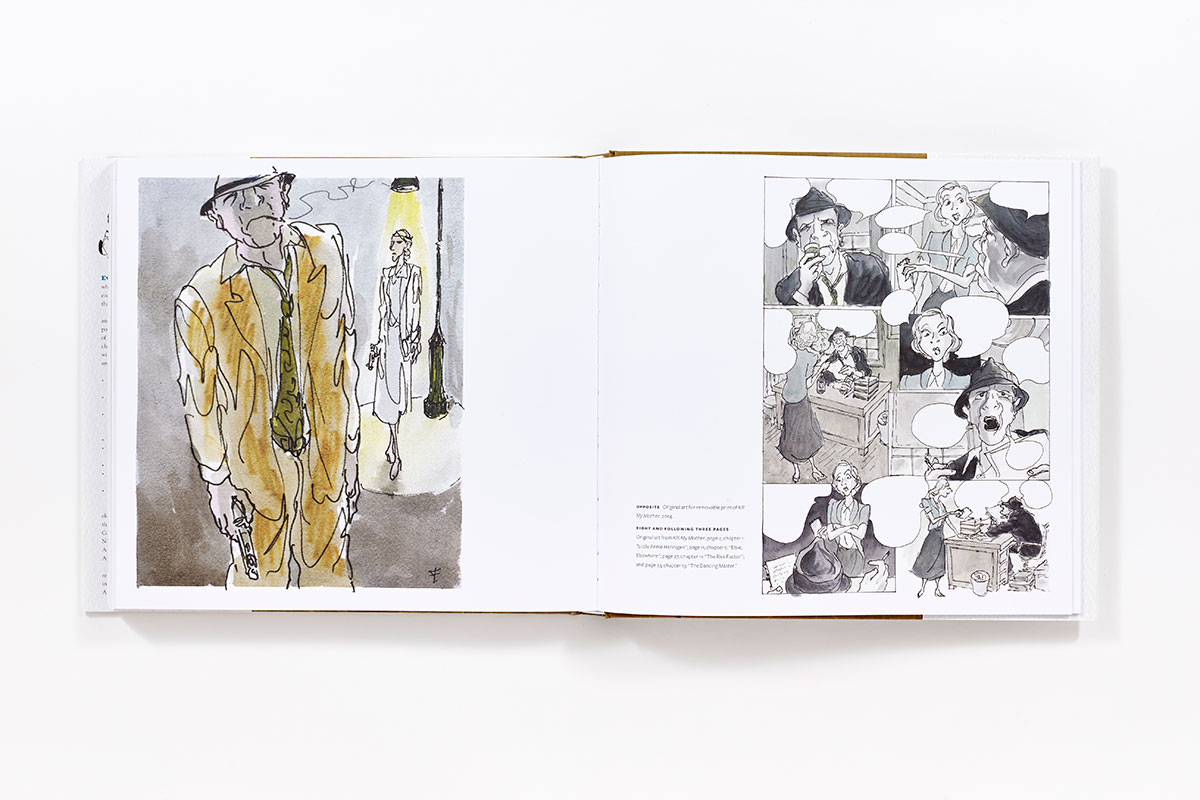 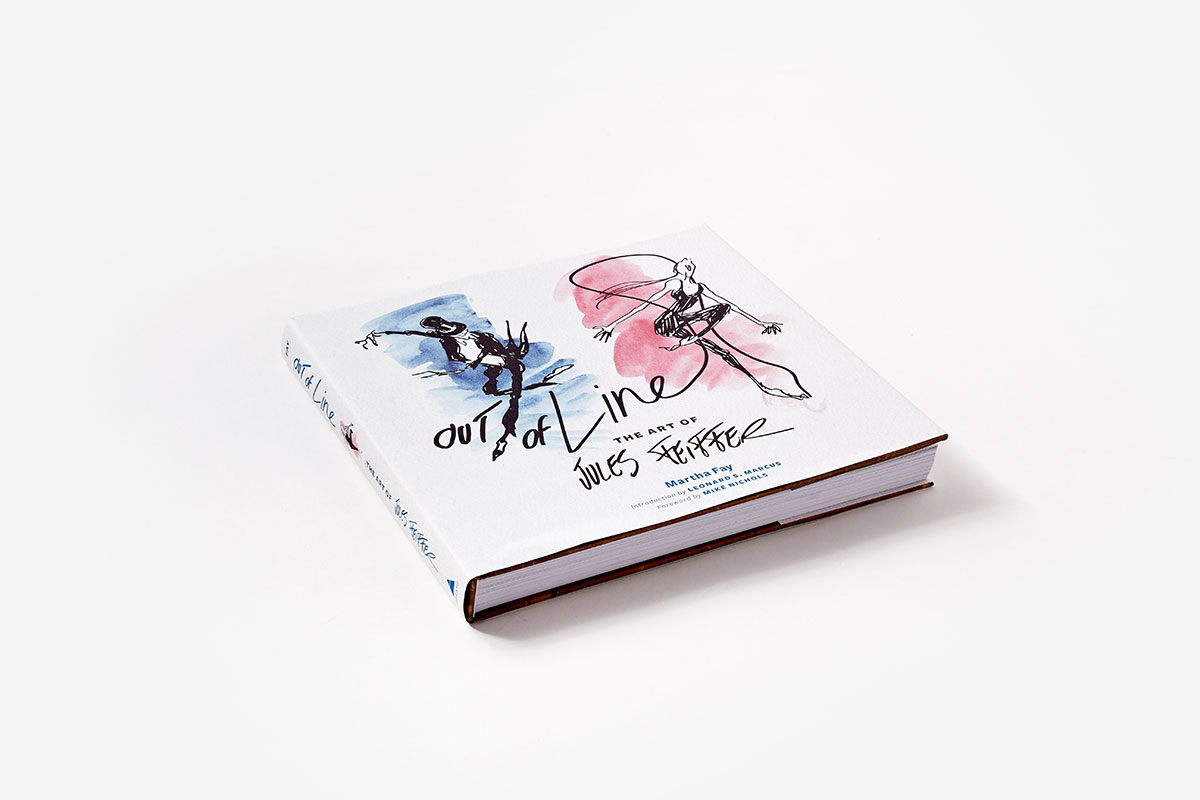 Everyone knows a Feiffer illustration when they see one: His characters leap across the page, each line belying humor and psychological insight. Over Feiffer’s prolific 70-year career, his nimble and singular imagination has given us new perspectives as well as biting satires on politics, love, marriage, and religion—alternating with stories imbued with the playful anarchy of a child. Feiffer’s varied output includes children’s books (The Phantom Tollbooth and Bark, George), plays (Little Murders), movies (Carnal Knowledge and Popeye), and comic strips (most notably in his Pulitzer Prize–winning Village Voice comic strip of 42 years). Out of Line: The Art of Jules Feiffer is the long-awaited illustrated retrospective of Feiffer’s celebrated career, providing a revealing glimpse into his creative process and his role as America’s foremost Renaissance man of the arts.

Praise for the work of Jules Feiffer:

“Jules Feiffer is not only an Academy Award–winning filmmaker, but a Pulitzer Prize winner, a playwright, a teacher, a children’s book author and illustrator, and a screenwriter. He is also one of the greatest cartoonists working today.” —Robert Osborne

“Jules Feiffer is a long-distance runner. . . . He has been operating at the highest level of his craft, producing a body of work that ranks with the finest ever produced in this country.” —Pete Hamill

“Samuel Johnson said he hoped God would think he had made good use of his God-given talents. Jules Feiffer need have no dread of such an audit. He came into this world capable of doing amusing and enchanting things with both language and drawing instruments. He has used these gifts as a faithful and tireless servant of humankind. What has made his services so welcome for so many years now is his possession, in addition to high intelligence, of something no hypocrite or egomaniac could claim, which is a humane sense of humor.” —Kurt Vonnegut

“Jules Feiffer, prolific hand and eye behind so many brilliant comics, screenplays, novels, [and] illustrations . . . remains one of the signature voices of a long era of American satire and dissent, the bridge from Lenny Bruce to the Simpsons.” —Jonathan Lethem

“Jules Feiffer was one of (if not) the first of the early writer/artists to emerge from the comic book ghetto into the literary/art world.” —Will Eisner

Martha Fay is an essayist and the author of several works of nonfiction, including A Mortal Condition and walking guides to New York City, Rome, and Tuscany. She lives in Brooklyn and Italy.

Leonard S. Marcus is a historian, biographer, and critic whose award-winning books include Margaret Wise Brown: Awakened by the Moon; Dear Genius: The Letters of Ursula Nordstrom; The Annotated Phantom Tollbooth; and Maurice Sendak: A Celebration of the Artist and His Work. He is a regular contributor to the New York Times Book Review, writes a column on illustrated books for the Horn Book magazine, and is a three-time judge of the New York Times Best Illustrated Books of the Year prize. Marcus lectures about his work to audiences throughout the U.S. and around the world and has been featured on numerous programs on television and radio. He is a founding trustee of the Eric Carle Museum of Picture Book Art and teaches a popular course on children’s literature and child development at New York University.

Mike Nichols was a writer, director, producer, and comedian, and one of only twelve people who have won all four major American entertainment awards (EGOT): four Emmys (two apiece for Wit, Angels in America), a Grammy (An Evening with Mike Nichols and Elaine May), an Oscar (The Graduate), and nine Tonys (Barefoot in the Park, Luv, The Odd Couple, Plaza Suite, The Prisoner of Second Avenue, Annie, The Real Thing, Monty Python’s Spamalot, and Death of a Salesman). Other noteworthy films include Who’s Afraid of Virginia Woolf?, Carnal Knowledge, and Working Girl. Among his many honors were the Lincoln Center Gala Tribute (1999), the National Medal of Arts (2001), the Kennedy Center Honors (2003), and the AFI Life Achievement Award (2010).