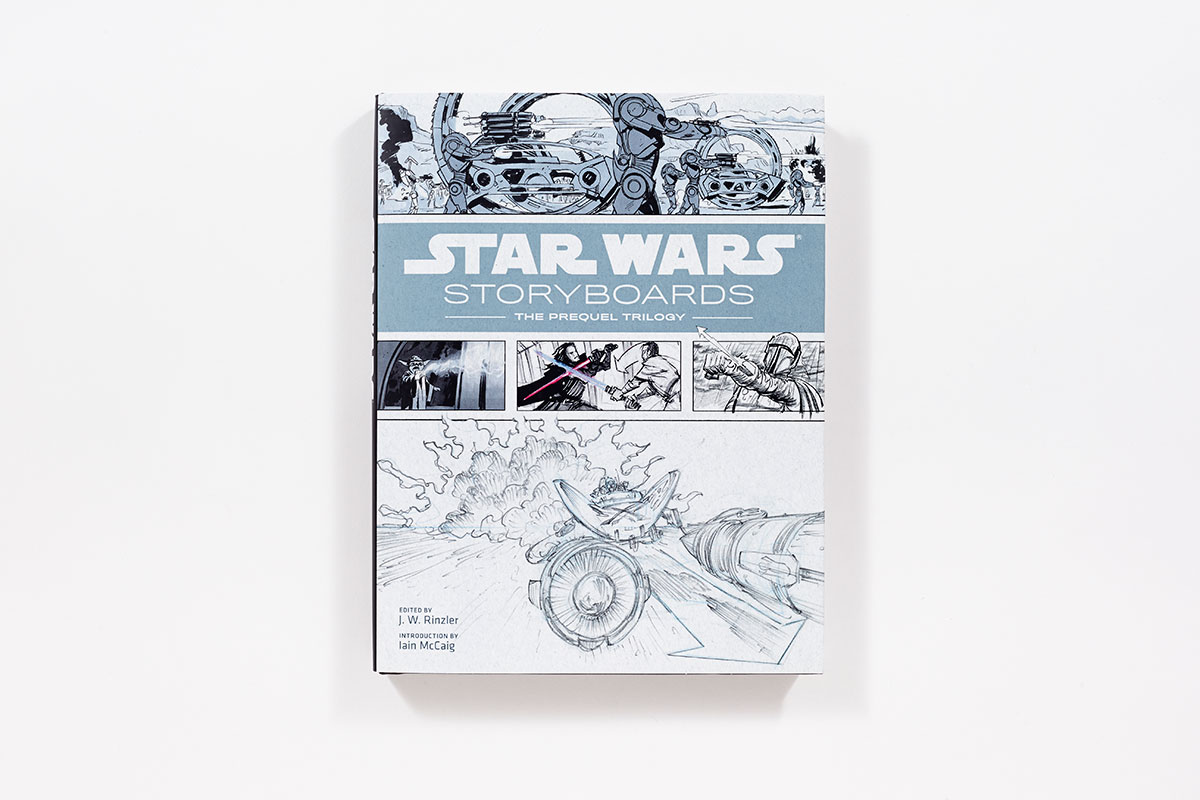 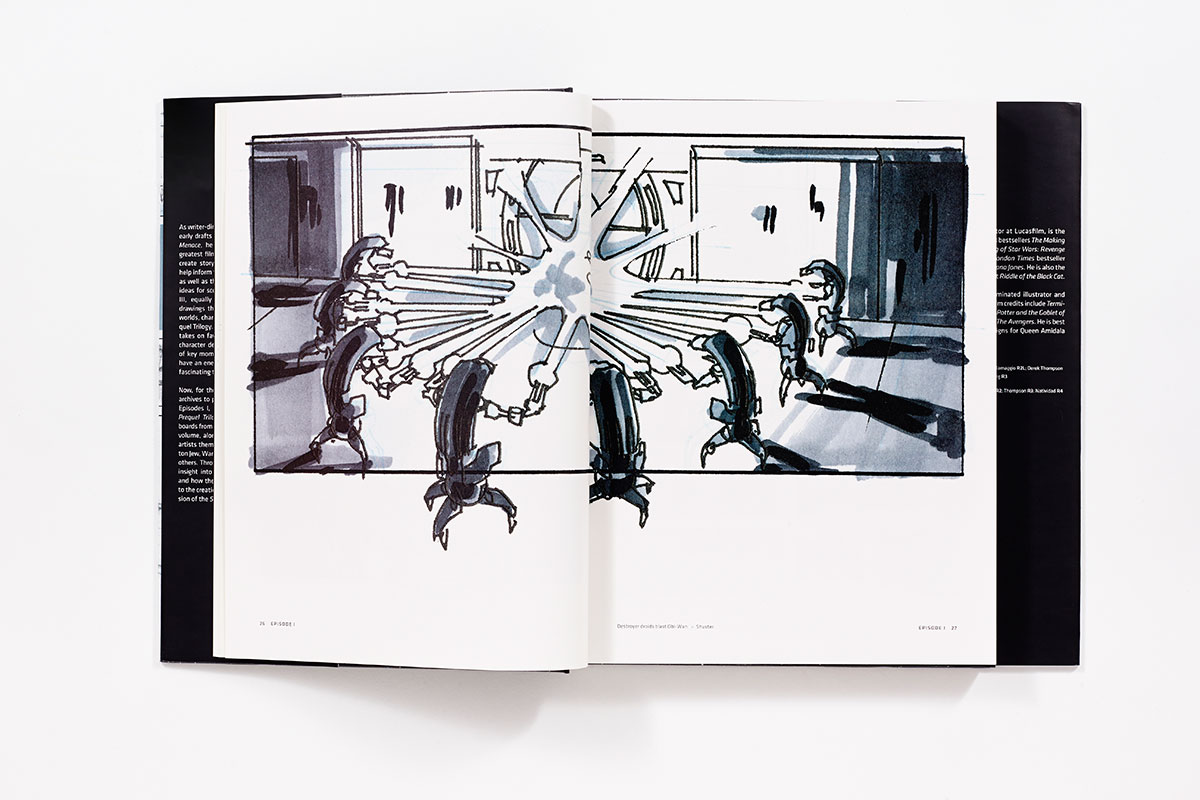 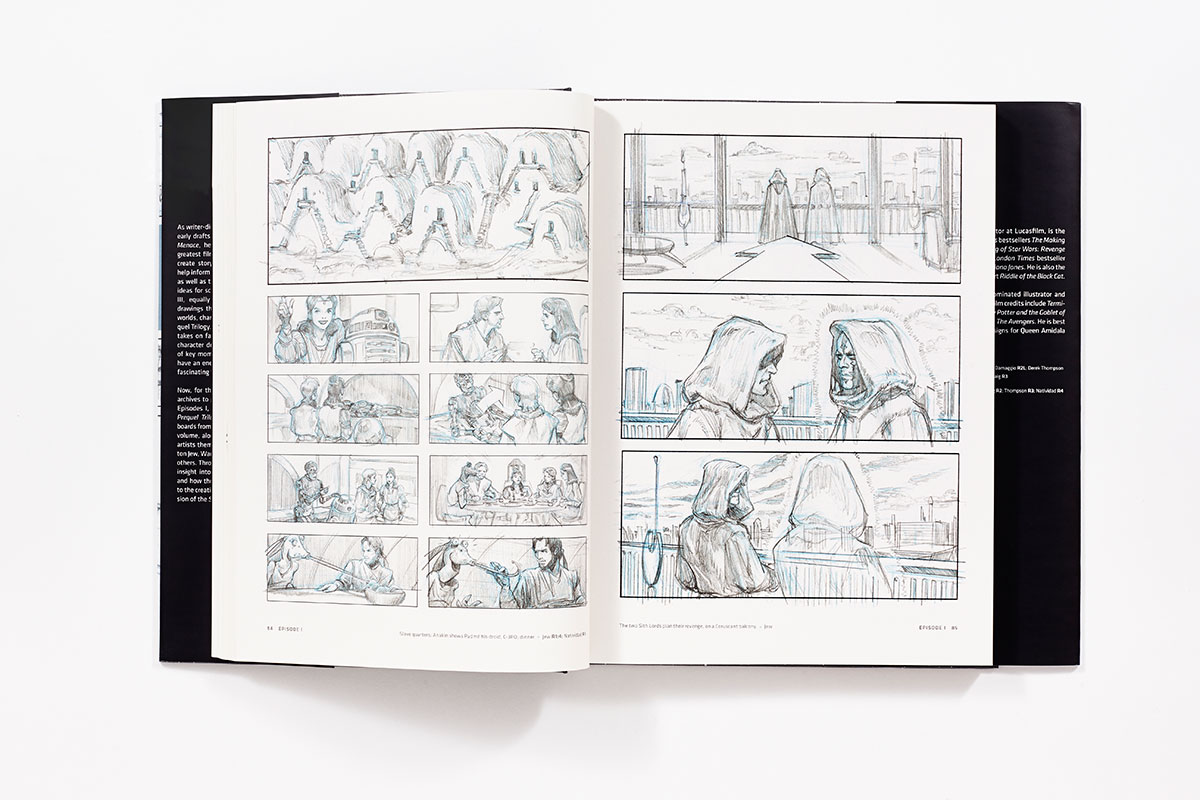 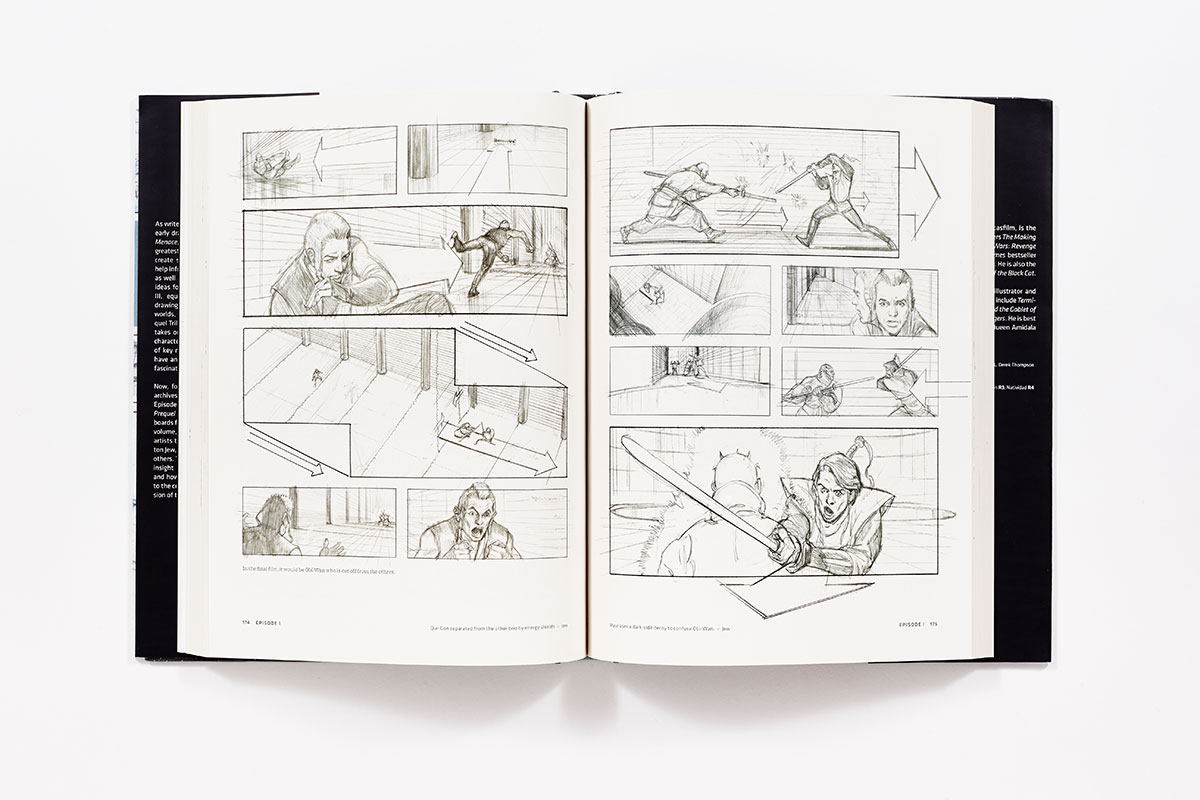 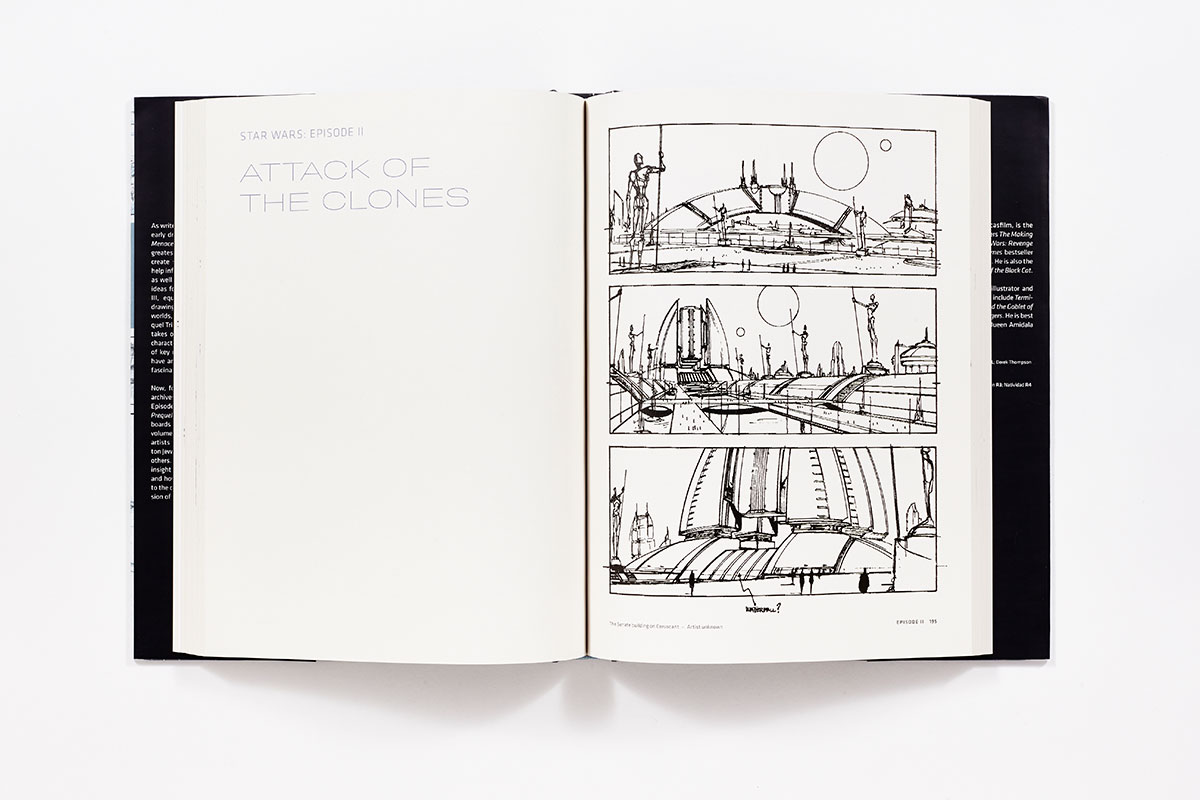 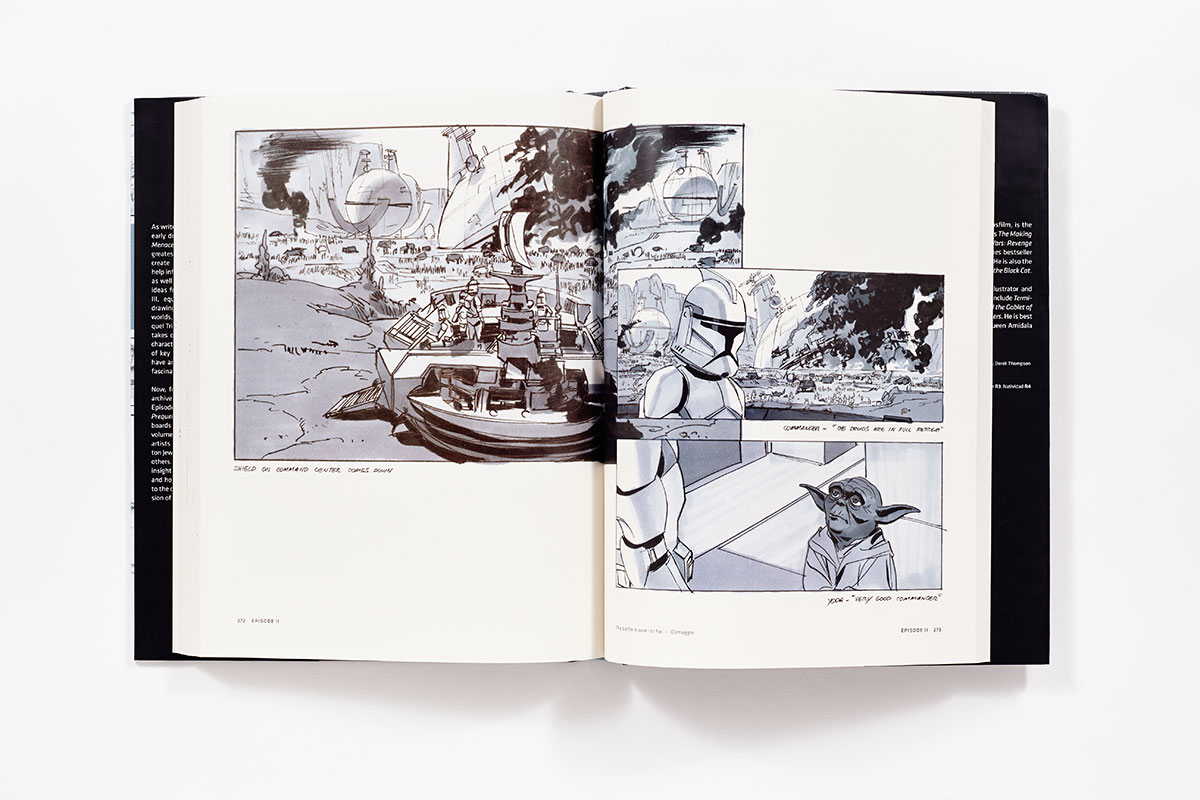 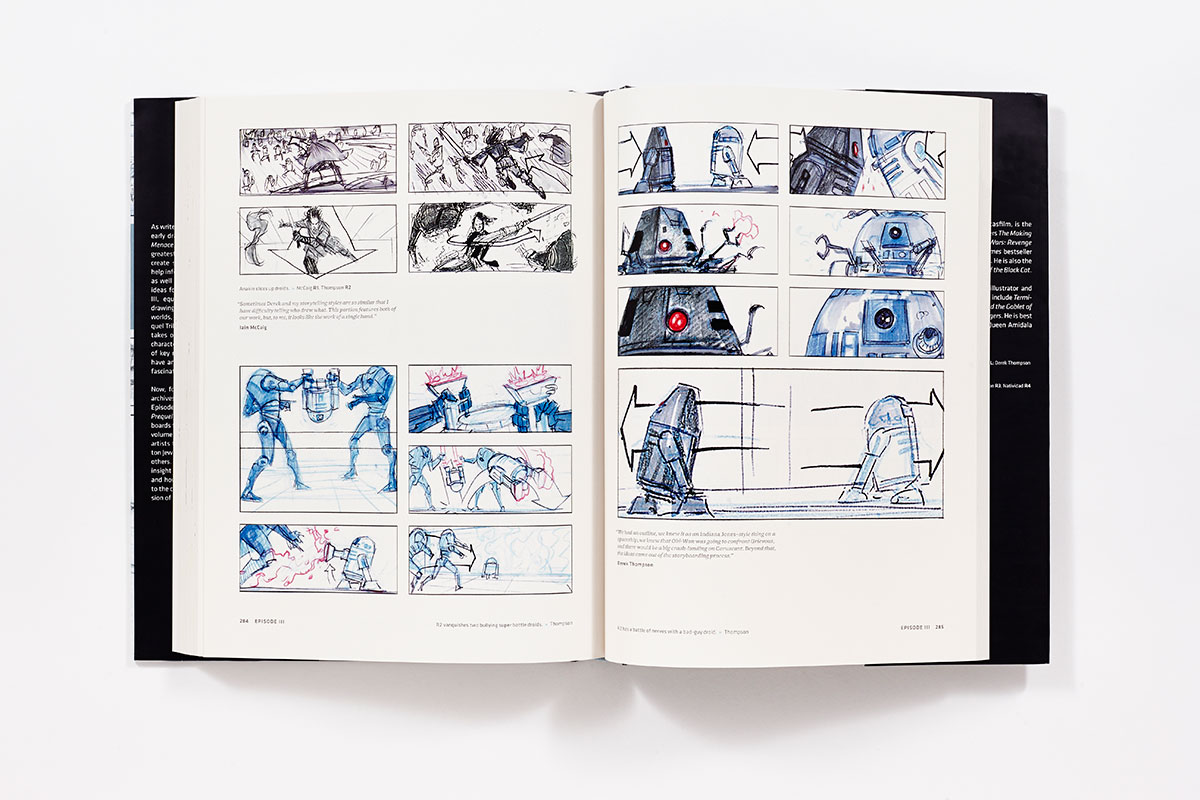 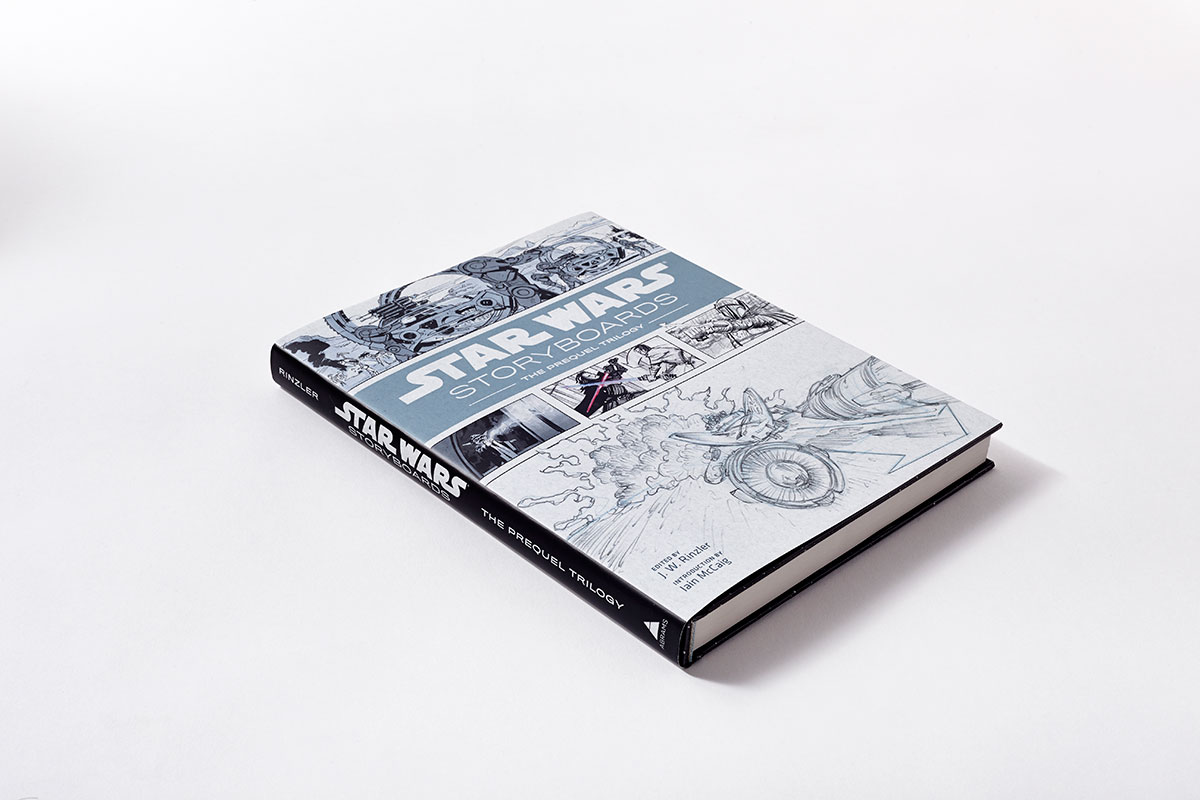 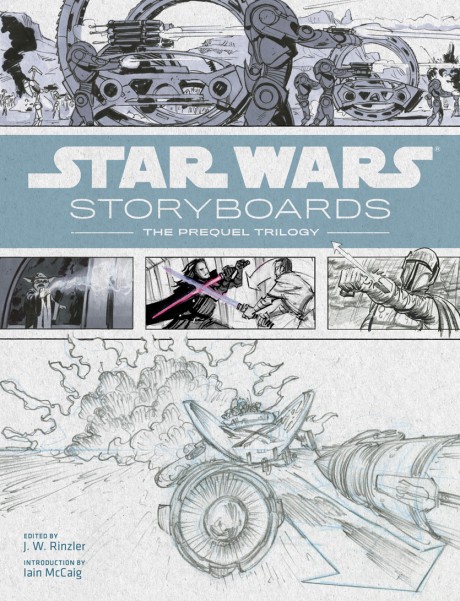 In 1997, as George Lucas worked to complete early drafts for Star Wars: Episode I The Phantom Menace, he enlisted the talents of some of the greatest storyboard artists of the modern era to illustrate conceptual storyboards that would inform the development of the final shooting script, as well as the finished film. Working from Lucas's ideas for scenes and sequences, these artists produced beautiful drawings that helped lay the foundations for the worlds, characters, and shots of the Star Wars Prequel Trilogy. Together, these conceptual storyboards show early takes on favorite scenes; alternate, unused approaches to character designs and environments; and entirely different approaches to key moments. Like wordless comic books, they have an energy and rhythm all their own that is fascinating to explore.
Now, for the first time, Lucasfilm has opened its archives to present the best of the conceptual storyboards for Episodes I, II, and III. Star Wars Storyboards: The Prequel Trilogy collects the best storyboards from all three films together in one striking volume. Throughout this book, readers will find insight into how these conceptual storyboards helped to contribute both to the creation of the Prequel Trilogy and the expansion of the Star Wars universe.

"We had no idea the Star Wars prequels could have been this good! Overall, the book gave us a new appreciation for what could have been . . . Plus it's exceptionally gorgeous, and you should check it out." —i09

Iain McCaig is a Chesley nominated illustrator and conceptual designer whose film credits include Terminator 2, Harry Potter and the Goblet of Fire, John Carter of Mars, and The Avengers. He is best known for his Star Wars designs for Queen Amidala and Darth Maul.