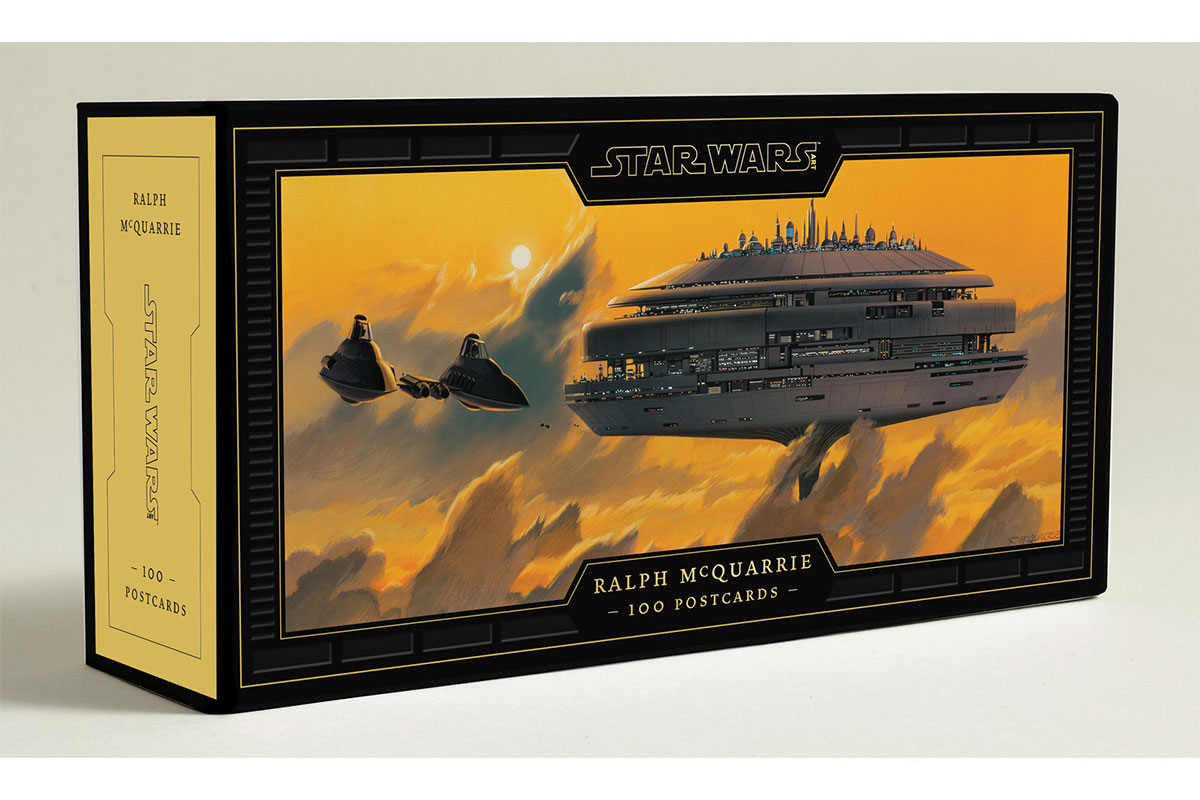 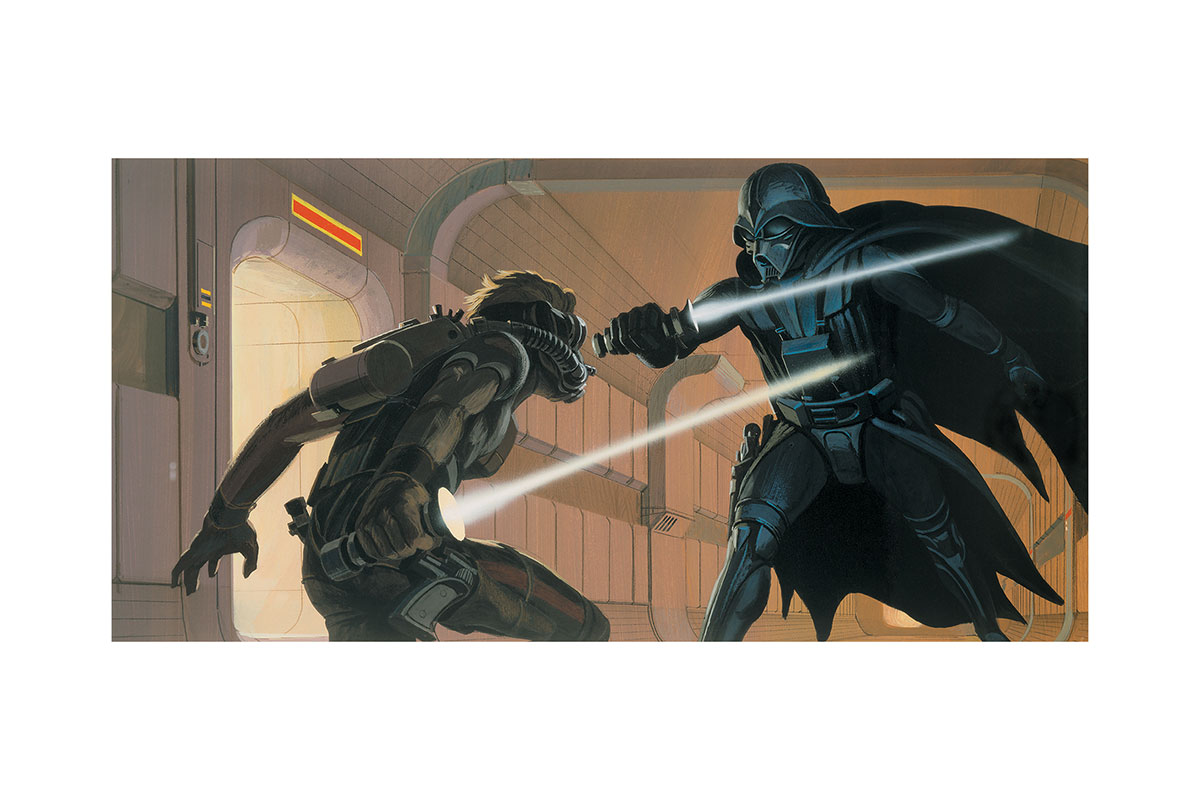 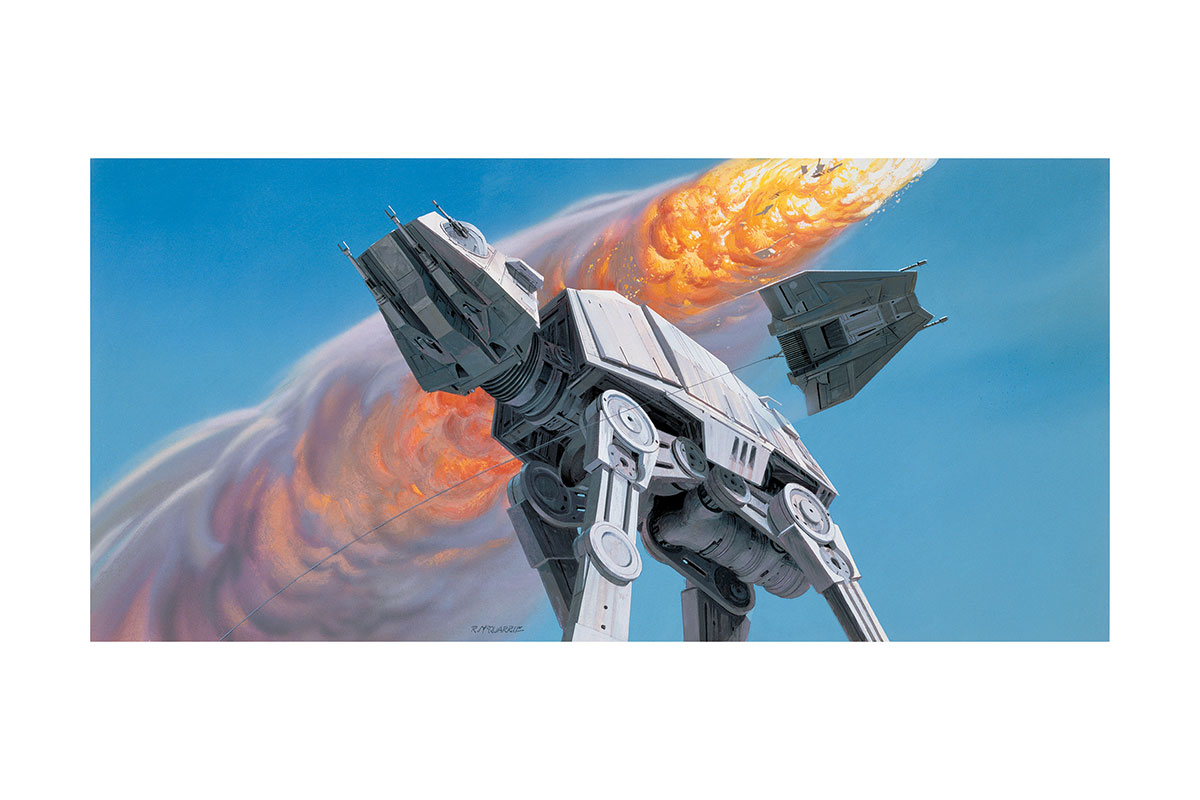 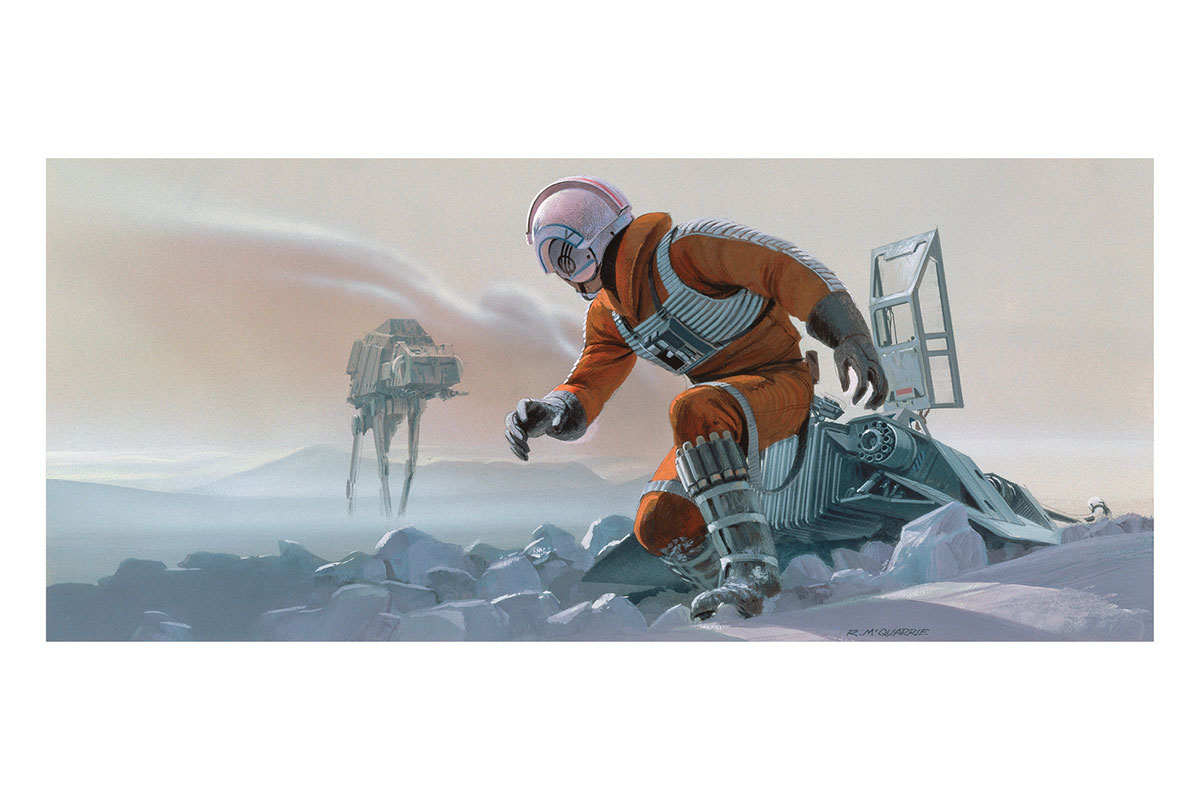 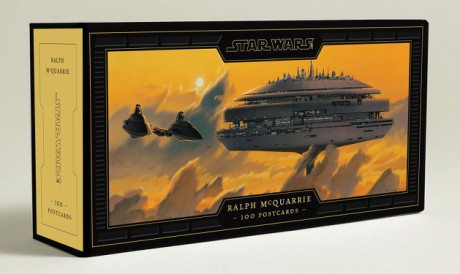 Ralph McQuarrie is the most iconic artist in the history of Star Wars. He worked hand-in-hand with George Lucas to help establish the saga’s visual aesthetic and its inimitable look and feel. Carefully selected from the definitive volume Star Wars Art: Ralph McQuarrie, these postcards are a celebration of Star Wars as a masterpiece of design and world-building. The deluxe keepsake package also functions as a display frame: the box features a die-cut window, so fans can rotate their favorite production design paintings into view.

“This set of 100 postcards gives anyone you send one to an instant, tiny wall-hanging of unimpeachable nerd cred, but less charitable parties might just keep the whole pack to themselves.“
The A.V. Club —

"...Abrams published a gorgeous two-volume collection of McQuarrie’s Star Wars art. Now, the artwork is available on this set of 100 oversized postcards; the box serves as a frame. Better get two—one set for mailing, and the other to display on a shelf.”
GeekDad —

Ralph McQuarrie (June 13, 1929 – March 3, 2012) was an American conceptual designer and illustrator. His career included work on the original Star Wars trilogy, the original Battlestar Galactica television series, the film E.T. the Extra-Terrestrial, and the film Cocoon, for which he won an Academy Award.