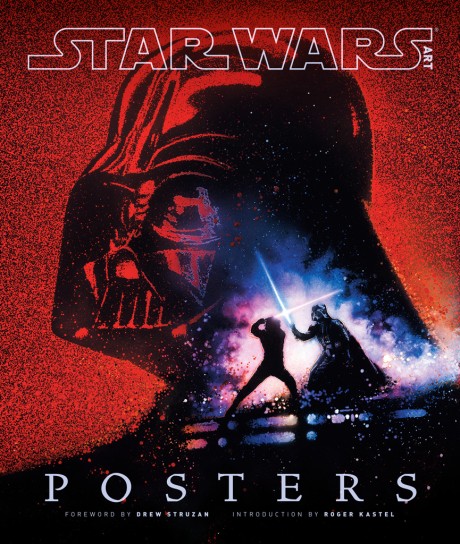 Few pieces of artwork distill the passion for Star Wars as do posters. From Tom Jung's iconic one-sheet for Episode IV to Roger Kastel’s Gone with the Wind–inspired painting for Episode V and beyond, Star Wars has enjoyed nearly four decades of poster art from some of the most renowned artists working in movies. The fifth book in the George Lucas–curated Star Wars Art series, Posters collects the best artwork from all six Star Wars films, the Star Wars: The Clone Wars animated television series, and limited-edition prints. This collection unites all of the action, artistry, and drama of a galaxy far, far away into one lavishly produced tome.

“Abrams Books is coming out with a new book collecting the best posters from around the world . . . Some are a little weird, but all are incredible and tap into that old sense of wonder. Don’t worry, though; Darth Vader won’t silence you for liking these.”
The Verge —

“From 1970s concept sketches to more recent limited-edition prints, the art is a testament to the enduring force of the franchise.”
The Wall Street Journal online —

“Full of sumptuous, jaw-dropping visuals . . . a feast for the senses.”
Wired —

“The promotional images for the Star Wars movies unquestionably hold a hallowed place in film and cultural history, and they’re all beautifully reproduced in Star Wars Art: Posters, the fifth and final volume in the George Lucas–curated series.”
Flavorwire —

Drew Struzan’s art is some of the most iconic in modern movies, with more than 150 movie posters to his credit, including every Star Wars and Indiana Jones film. He lives in Pasadena, California. Roger Kastel’s posters for Jaws and The Empire Strikes Back are considered among the most influential ever produced. He is a member of the Society of Illustrators. Kastel lives in White Plains, New York.