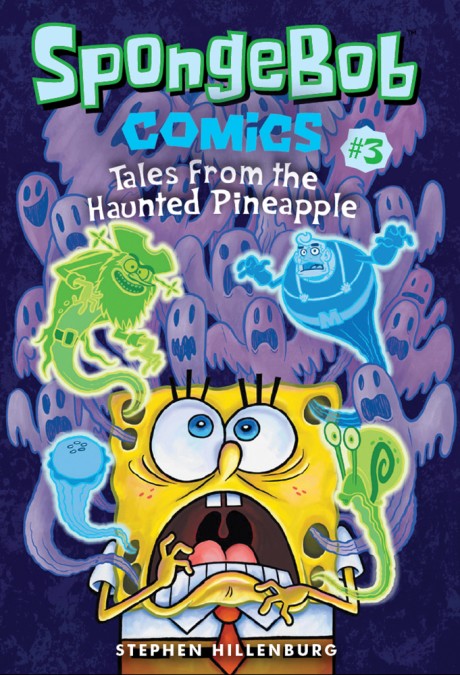 Tales from the Haunted Pineapple

Who lives in a pineapple under the sea? SpongeBob SquarePants! SpongeBob Comics: Tales from the Haunted Pineapple is the third collection of previously published material specially curated by SpongeBob creator Stephen Hillenburg. Tales from the Haunted Pineapple includes more than 15 short, self-contained stories by some of the biggest comics creators in the industry. These original stories feature all the fan favorites—from Patrick and Squidward to Sandy and Mr. Krabs—in original adventures you won’t see on television. Best of all, this book includes stories with spooky themes just in time for Halloween.

Stephen Hillenburg is the creator and executive producer of the Emmy Award–winning SpongeBob SquarePants television series and has written, directed, and produced SpongeBob SquarePants movies. Prior to his career in animation, Hillenburg taught marine biology at the Ocean Institute in Dana Point, California. He has won two Emmy and six Annie Awards. He lives in California.