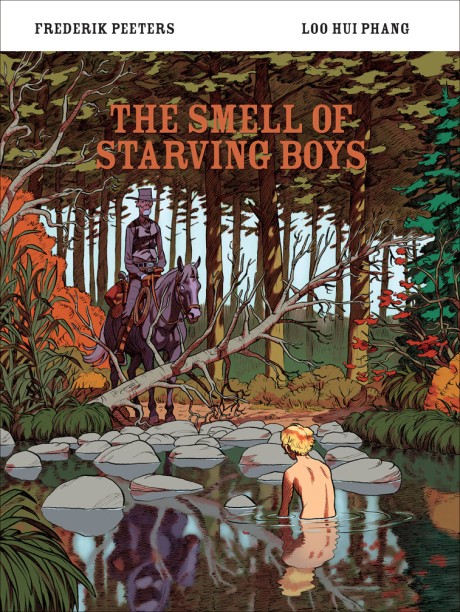 The Smell of Starving Boys

Texas, 1872. With the Civil War over, exploration has resumed in the territories to the west of the Mississippi, and the geologist Stingley is looking to capitalize. Together with photographer Oscar Forrest, who catalogues the terrain, and their young assistant, Milton, Stingley strikes out into territory that might one day support a new civilization. But this is no virgin land. As the frontiersmen move west, it becomes clear that the expedition won’t go unchallenged. Stingley has led them into a hostile region: the native Comanches’ last bastion of resistance. In a spectacular landscape, under the looming threat of attack, the boundaries between two worlds dissolve. As social conventions disappear and personal inhibitions go into retreat, an intimate relationship develops between Oscar and Milton. The Smell of Starving Boys is an intense Western about the clash of two worlds: one old, one new; one defined by rationality and technology, the other by shamanism and nature.

“With sublime artwork showcasing expansive views, gripping action sequences, and quiet moments of character study, it sets the time and place as well as the protagonists’ unsettled moods. Although the figures are stiff, careful attention to historical details is evident.”
Library Journal —

“This queer, supernatural, deliciously sexy tome will be a delight for anyone who enjoys a little trip to the frontier.”
Vulture —

...the best graphic novel I’ve read all year... Like all great art, The Smell of Starving Boys is beguiling and deeply unsettling. Also like all great art, it can be enjoyed on multiple levels.”
The Comics Bulletin —

“…a work of art, the kind you’ll find yourself returning to multiple times.”
Advocate Magazine —

Loo Hui Phang writes for film, theater, and comics. She is the author of numerous books.

Frederik Peeters is the author of Blue Pills, Aama, and Sandcastle, among other books.