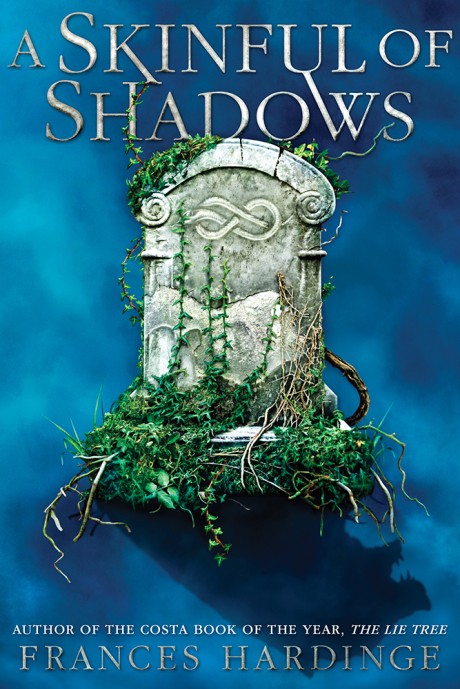 Buy
A Skinful of Shadows
By Frances Hardinge

A Skinful of Shadows is a dark historical fantasy set in the early part of the English Civil War. Makepeace is an illegitimate daughter of the aristocratic Fellmotte family, and as such shares their unique hereditary gift—the capacity to be possessed by ghosts. Reluctant to accept her appointed destiny as vessel for a coterie of her ancestors, she escapes. As she flees the pursuing Fellmottes across war-torn England, she accumulates a motley crew of her own allies—outcasts, misfits, criminals, and one extremely angry dead bear. From Costa Book of the Year award–winning author Frances Hardinge comes another historical fantasy that’s sure to satisfy her leagues of fans who are eager for more.

**STARRED REVIEW**
"Hardinge's plot is both unpredictable and rock-solid, her settings full of smells, her imagery vivid . . . Deliberate, impeccable, and extraordinary."
— Kirkus Reviews

**STARRED REVIEW**
"A Skinful of Shadows is outlandishly creative and thoroughly blood-chilling. Her storytelling is visceral and unfurls at an exciting pace, making this novel a wonderful, weird and terrifying addition to her body of work."
— Shelf Awareness

**STARRED REVIEW**
"Hardinge’s writing is stunning, and readers will be taken hostage by its intensity, fascinating developments, and the fierce, compassionate girl leading the charge."
— Booklist

**STARRED REVIEW**
"Hardinge continues to create multifaceted characters, well-researched historical settings, and laugh-out-loud dialogue that will enrapture strong readers of fantasy and complex historical fiction. VERDICT A book that only Hardinge could write; add this masterful and spooky historical fantasy to upper middle grade and YA shelves."
— School Library Journal

"The setting allows for plenty of action and intrigue . . . It all ends on a strange and bittersweet note, but Hardinge fans will be accustomed to that by now and will not be disappointed here."
— The Bulletin of the Center for Children's Books

**STARRED REVIEW**
"Makepeace is a resourceful, brave, and intelligent protagonist, and readers will root for her and James’s triumph over the Fellmotte ghosts. The visceral immediacy of Hardinge’s prose . . . can sometimes be unsettling, but the prose itself is always original and invigorating."
— The Horn Book 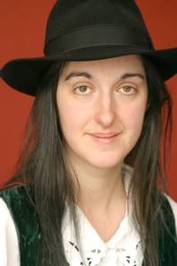 Frances Hardinge is the winner of the Costa Book of the Year for The Lie Tree, one of just two young adult novels to win the major UK literary prize. She is the author of several books for young people, including Cuckoo Song, Fly by Night, and Verdigris Deep. She lives in England.