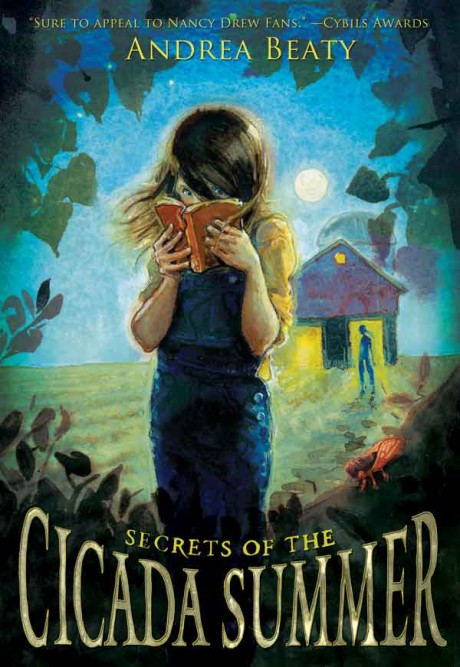 Secrets of the Cicada Summer

Lily has read every Nancy Drew book in the library. She's great at spying clues and keeping secrets. She has to be. She has secrets of her own that no one can ever find out.
When summer brings lying, stealing Tinny Bridges to town, Lily must depend on her own wits to keep ahead of this sly newcomer. Tinny takes candy from the general store and blames Lily. She tries to steal Lily's friends and even her father's affection. Worst of all, she seems to know Lily's secret. When Tinny goes missing, only Lily has an idea what happened to her. But for Lily, finding Tinny means confronting her hidden past.

With its taut-pacing and lyrical writing, Andrea Beaty's critically acclaimed mystery has been hailed as "the kind of satisfying read that summer is all about" (School Library Journal).

"One part memory, one part mystery, and a generous dose of atmosphere make this the kind of satisfying read that Summer Reading is all about." —School Library Journal

"Beaty weaves elements from Lily's favorite Nancy Drew stories together with a moving picture of a child . . ." —Kirkus

"Written with clarity and fine attention to craft, this accessible novel reveals the secret in Lily's past just as she reaches out to solve the mystery." —Booklist

Andrea Beaty was raised in a small southern Illinois town, where her family ran a tiny grocery store. When she wasn’t roaming the nearby fields with her brothers and sisters, she was reading Nancy Drew mysteries up in the branches of a maple tree. Andrea now lives outside Chicago with her family. She is the author of When Giants Come to Play, illustrated by Kevin Hawkes, and Iggy Peck, Architect, illustrated by  David Roberts. Andrea blogs about funny books for kids at www.ThreeSillyChicks.com. Learn more about her at www.AndreaBeaty.com.