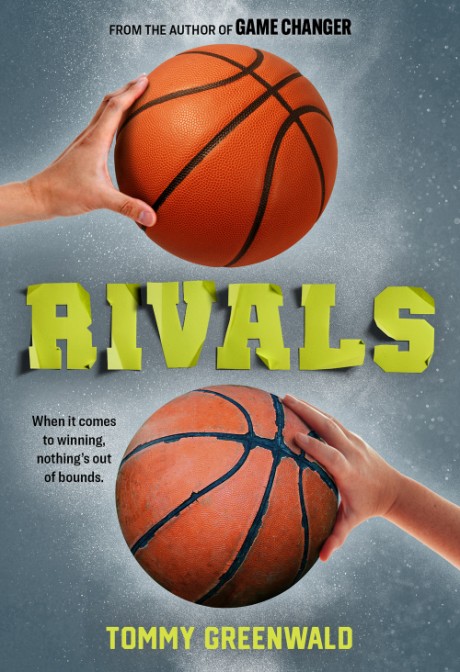 From the author of the award-winning Game Changer comes a gripping novel about two student-athletes searching for stardom, a young reporter searching for the truth, and a crosstown basketball rivalry that goes too far

The people of Walthorne love their basketball—and one of the things they love most is the special rivalry between the Walthorne North Middle School Cougars and the Walthorne South Middle School Panthers. As the season begins, two star players are feeling the heat: Austin Chambers, captain of Walthorne North, worries that he’s not good enough to live up to his father’s legacy, while across town, the brilliantly talented Carter Haswell, captain of Walthorne South, is already under pressure to get a scholarship that might ease his family’s financial stress.

While both boys do whatever they can to make sure their team wins, Alfie Jenks, a school sports reporter, discovers that behind-the-scenes scandals are just as much a part of youth sports as on-the-court action. When she blows the story wide open, the whole season is jeopardized.

Told through a series of flashbacks, newspaper reports, social media posts, and interviews, Rivals will have readers tearing through the pages to see what happens next—and asking themselves if winning has become more important than doing the right thing.

"What could be a tale of haves and have-nots swerves, instead examining the pernicious effects poor judgment, vicarious living, and outright self-interest can have on the physical and mental well-beings of student athletes."
Kirkus Reviews —

"Scenes of action on the court are vivid and exciting. . .Give to fans of Jason Reynolds and Kwame Alexander’s sports novels."
School Library Journal —

Tommy Greenwald is the author of Game Changer, Rivals, and Dinged. Game Changer is on eighteen state lists, was an Amazon Best Book of the Month, a YALSA Top Ten pick, and a Junior Library Guild Premier selection. Rivals was also an Amazon Best Book of the Month, a Junior Library Guild selection, and a YALSA Quick Pick for Reluctant Young Adult Readers. Greenwald is also the author of the Crimebiters! and Charlie Joe Jackson series, among many other books for children. Day job–wise, Tommy is the cofounder of Spotco Advertising, a theatrical and entertainment advertising agency in New York City, and the lyricist and co-bookwriter (with Andrew Lippa) of John & Jen, an off-Broadway musical that has been produced around the country and internationally. To read woefully outdated information about him, visit tommygreenwald.com.