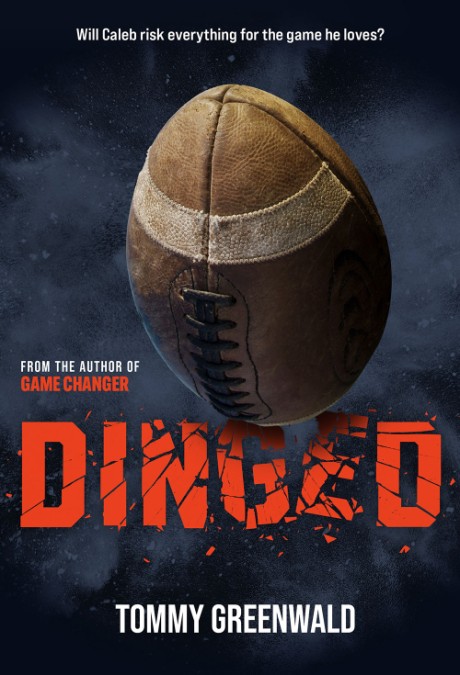 In this companion novel to the acclaimed hit GAME CHANGER, a star football player watches his father deteriorate from injuries he suffered playing the very same sport

Caleb Springer is the up-and-coming star freshman quarterback on the high school football team, which isn't a surprise considering his dad, Sammy Springer, was an NFL superstar and is now the town celebrity. College scouts are already snooping around Caleb, and his future seems set.

But just as Caleb’s glory days begin, his dad starts to change. He’s forgetting things and getting angry at random times. Caleb is forced to confront a bleak possibility: The sport that gives him so much status and self-worth might be the cause of his dad’s strange behavior. Will Caleb keep playing the sport of his dreams, even if he knows how dangerous it can be?

"The author folds frightening scenes with an injured teammate and another ex–NFL player into the story as he takes his confused protagonist through the championship game to a decision that may be smart even if just possibly too late... A cogent cautionary tale."
Kirkus Reviews —

Tommy Greenwald is the author of Game Changer, Rivals, and Dinged. Game Changer is on eighteen state lists, was an Amazon Best Book of the Month, a YALSA Top Ten pick, and a Junior Library Guild Premier selection. Rivals was also an Amazon Best Book of the Month, a Junior Library Guild selection, and a YALSA Quick Pick for Reluctant Young Adult Readers. Greenwald is also the author of the Crimebiters! and Charlie Joe Jackson series, among many other books for children. Day job–wise, Tommy is the cofounder of Spotco Advertising, a theatrical and entertainment advertising agency in New York City, and the lyricist and co-bookwriter (with Andrew Lippa) of John & Jen, an off-Broadway musical that has been produced around the country and internationally. To read woefully outdated information about him, visit tommygreenwald.com.