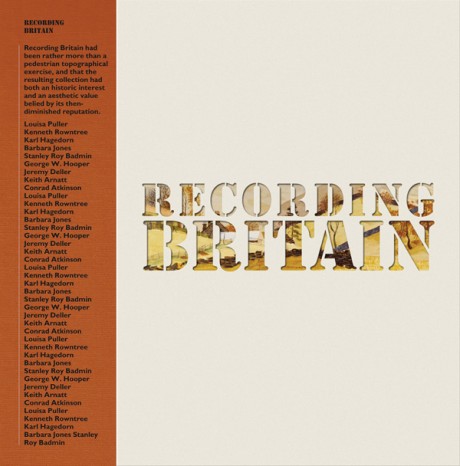 Recording Britain was an artistic documentary project sponsored by the British government in the late 1930s as the country faced the potentially devastating impact of a second world war. The resulting collection of more than 1,500 watercolors and drawings, by both well-known and amateur artists, is a rich visual record of buildings, landscapes, and livelihoods perceived to be under threat. Recording Britain brings together highlights from this extraordinary collection at the V&A, vivid images of national and regional identity that often portray an idealized account of the country for which its audience, at the time, was fighting. The pictures are discussed in relation to contemporary British artists and photographers such as John Virtue, Conrad Atkinson, Richard Long, and Laura Oldfield Ford, whose work also reflects on a sense of place.

Gill Saunders is a senior curator in the Word & Image Department at the V&A.