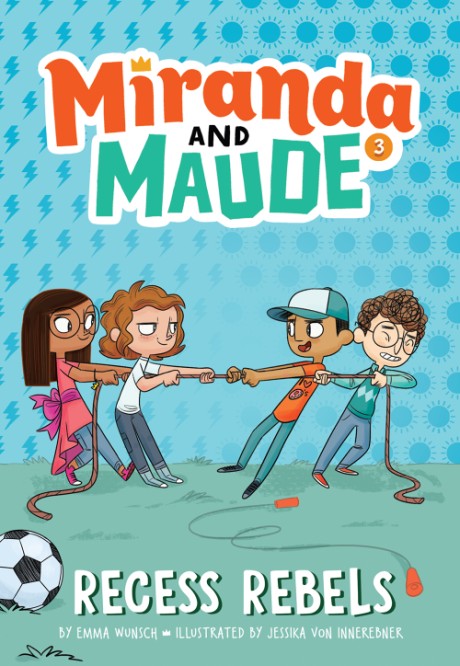 A princess and a revolutionary form an unexpected friendship in this charming, illustrated chapter book series

Maude loves to fight for what she believes in and protest against what’s wrong. Pollution? Let’s get rid of it. Styrofoam lunch trays? Buh-bye! But when she decides to protest tag, the favorite recess game of the boys in her class, she kicks off a big girls-versus-boys prank war.
Soon there’s sneak attacks and secret plots, a girls-only newspaper, a doughnut filled with cheese, and one stolen chicken. Maude gets lots of opportunities to protest, but in the end, it’s her best friend, Miranda, who learns to stand up for what she believes in.

Emma Wunsch is the author of the Miranda and Maude chapter-book series and The Movie Version, a young adult novel. She lives in Lebanon, New Hampshire. Visit her online at emmawunsch.com. Jessika von Innerebner is an artist who’s worked with clients including Disney, Nickelodeon, Highlights, and Fisher-Price. She lives in Kelowna, Canada. Visit her online at jessvoni.com.