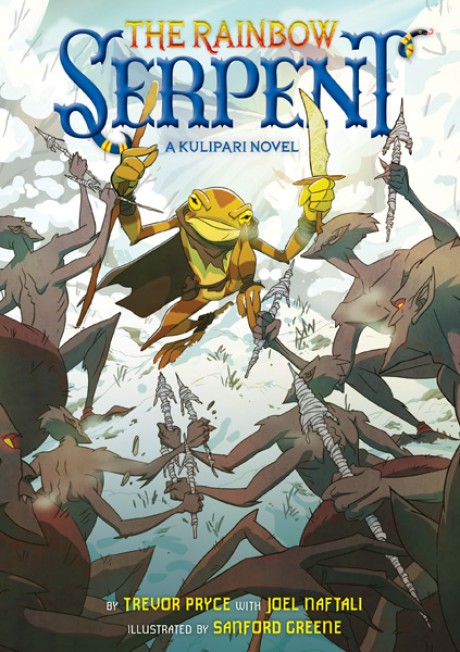 The fight to protect the Amphibilands rages on in the second book of this action-packed, illustrated series by former football pro Trevor Pryce. The Spider Queen and Lord Marmoo of the scorpions still have their eyes and fangs set on the vulnerable home of the frogs, and this time they’ve got some impressive backup: the Ghost Bats, Tasmanian Devils, and Blue Band Bees. The constant threats from the outside are keeping the frog warriors busy, so while Gee and Coorah hold down the defenses, Darel and the Kulipari go in search of their dreamcasting turtle friend, Yabber. Yabber, once found, insists he knows who holds the key to saving the Amphibilands: the Rainbow Serpent. With some powerful new allies and a destiny greater than he could have possibly imagined, Darel may be able to beat his enemies and protect his home once and for all.

The Kulipari series is perfect for fantasy readers not quite ready for the Redwall series.

Trevor Pryce is a retired NFL player and writer who's written for the New York Times and NBC.com. He's also developed television and movie scripts for Sony Pictures, Cartoon Network, Disney, ABC, and HBO, among others. He lives in Maryland. Joel Naftali is the author of many books, several written with his wife, Lee. He lives in California.

Sanford Greene is an accomplished comics illustrator whose work has been published by DC Comics, Dark Horse, and more. He lives in South Carolina.