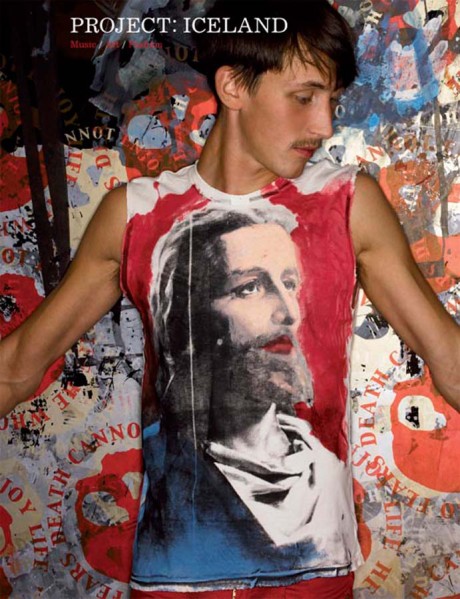 Three years in the making, Project: Iceland is the first book to document the country's exhilarating creative community.

A mosaic of Iceland's art, design, fashion, and music scenes, this stunningly illustrated compendium is an invitation to explore a cutting-edge global destination for tastemakers and travelers alike. Among the artists showcased are Hranfnhildur Arnardottir, a.k.a. "Shoplifter," who created the spectacular hair sculptures for Bjork's "Medulla" album; the mysterious Icelandic Love Corporation; and the critically acclaimed performance artist Egil Saebjornsson. Award-winning designer Steinunn Sigurdar, Reykjavik's up-and-coming Eyglo Margret Larusdottir, and the music world's fashion label of choice, "Dead," are also featured. An eye-opening CD included with the book highlights both Iceland's internationally known performers such as Sigur Ros, Mum, and Trabant, and newer musicians like Valgeir Sigurdsson, Bjork's longtime producer and sound engineer.

Half-British and half-Icelandic, Charlie Strand began his career as a music and fashion stylist in London before moving to Iceland to work as a photographer. He decided to create Project: Iceland to document the dramatic changes to the artistic environment there.