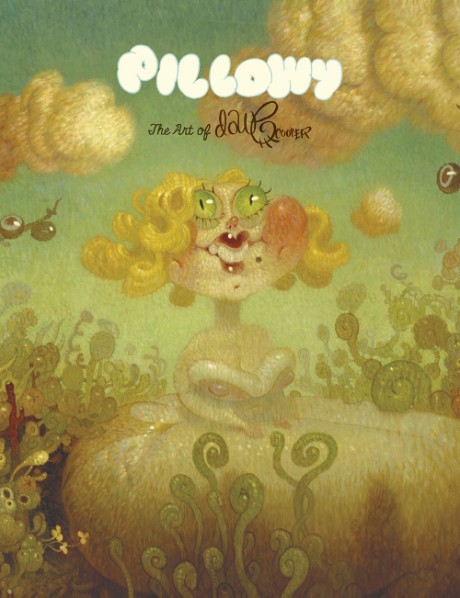 Pillowy: The Art of Dave Cooper

From his psychedelic cartoons to his critically acclaimed comic books and his vivid paintings, Dave Cooper is a unique artist who intrigues and fascinates. Here is his long-awaited monograph.The Art of Dave Cooper is the first comprehensive monograph encompassing all of the illustrations, paintings, comics, toys, and animations created by Dave Cooper. From his first published cartoons, created when he was a teenager, to his most recent oil paintings and exhibitions, this beautiful compilation delivers an intimate look into Cooper's life and work.

Containing an impressive 300 pages of detailed reproductions, The Art of Dave Cooper will be a great addition to your art book library.

Dave Cooper is a cartoonist, illustrator and graphic designer who lives in Ottawa, Ontario. First known for his comics, he has also worked extensively as a designer, producer, and creator in the field of animation: his designs have been used in Futurama, Nickelodeon's Pig Goat Banana Cricket, of which he was co-creator, and Teletoon's The Bagel and Becky Show, which he created. As of 2003, Cooper has focused on oil painting and fine art, exhibiting in galleries in New York, Los Angeles and Paris, where he has gathered a celebrity cult following that includes David Cross, David Cronenberg, and Guillermo del Toro.

Tara McPherson is an artist based in New York. She creates art about people and their odd ways; her characters seem to exude an idealized innocence with a glimpse of hard-earned wisdom in their eyes. Her portraits explore the realms of our psychological states via myths, legends, astronomy, physics, nature, love, loss, childhood and good old life experience. Her work gives us a peek into the complexities of the human psyche through her otherworldly characters.