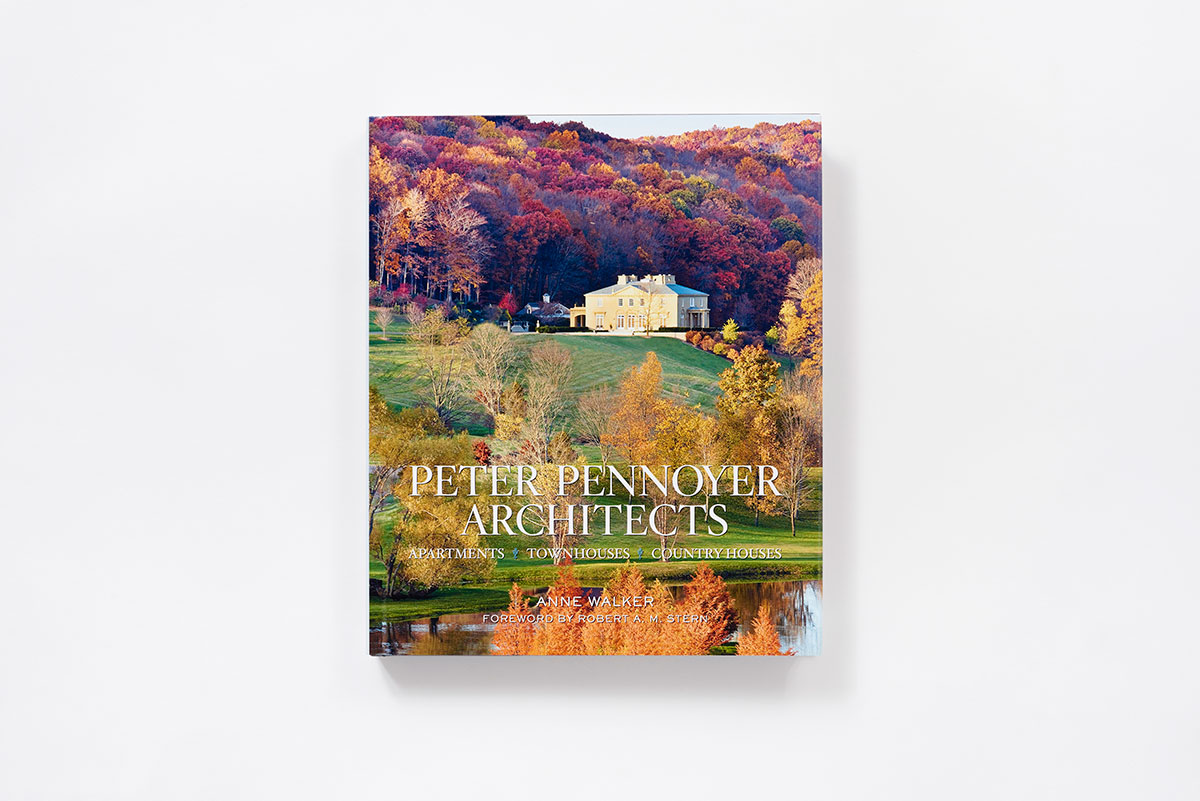 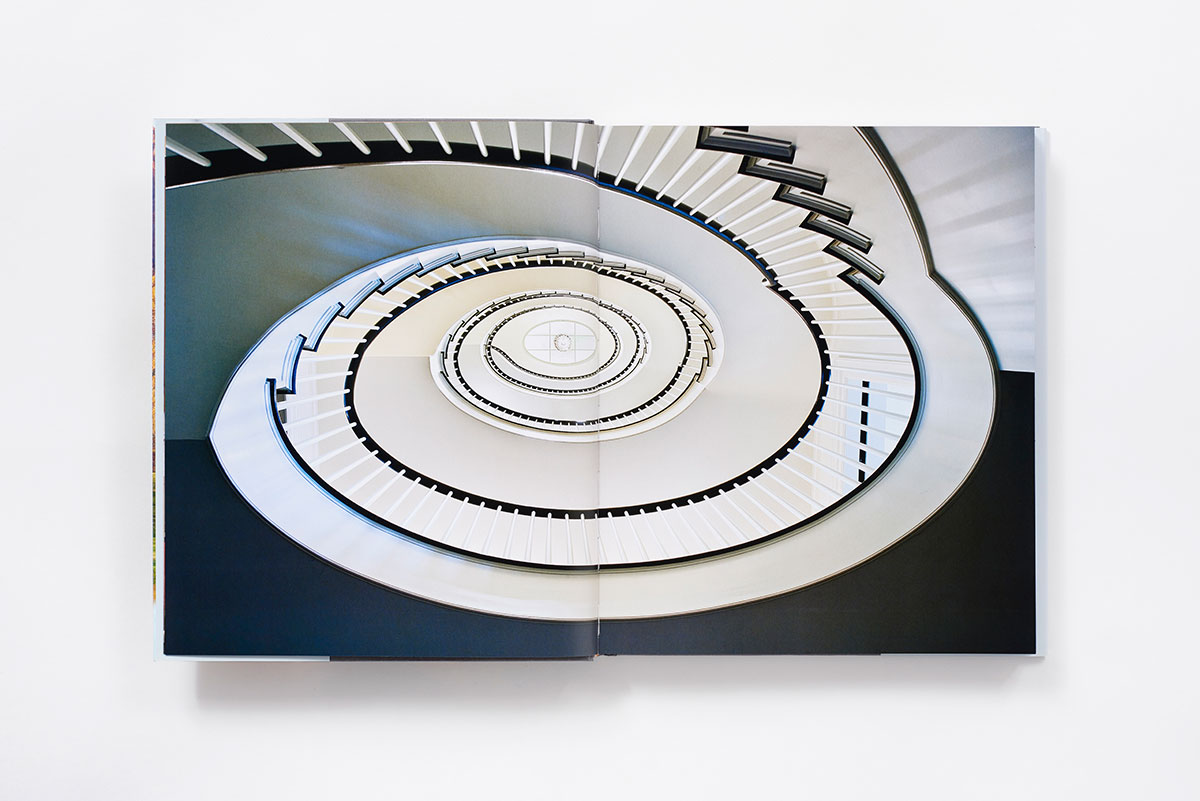 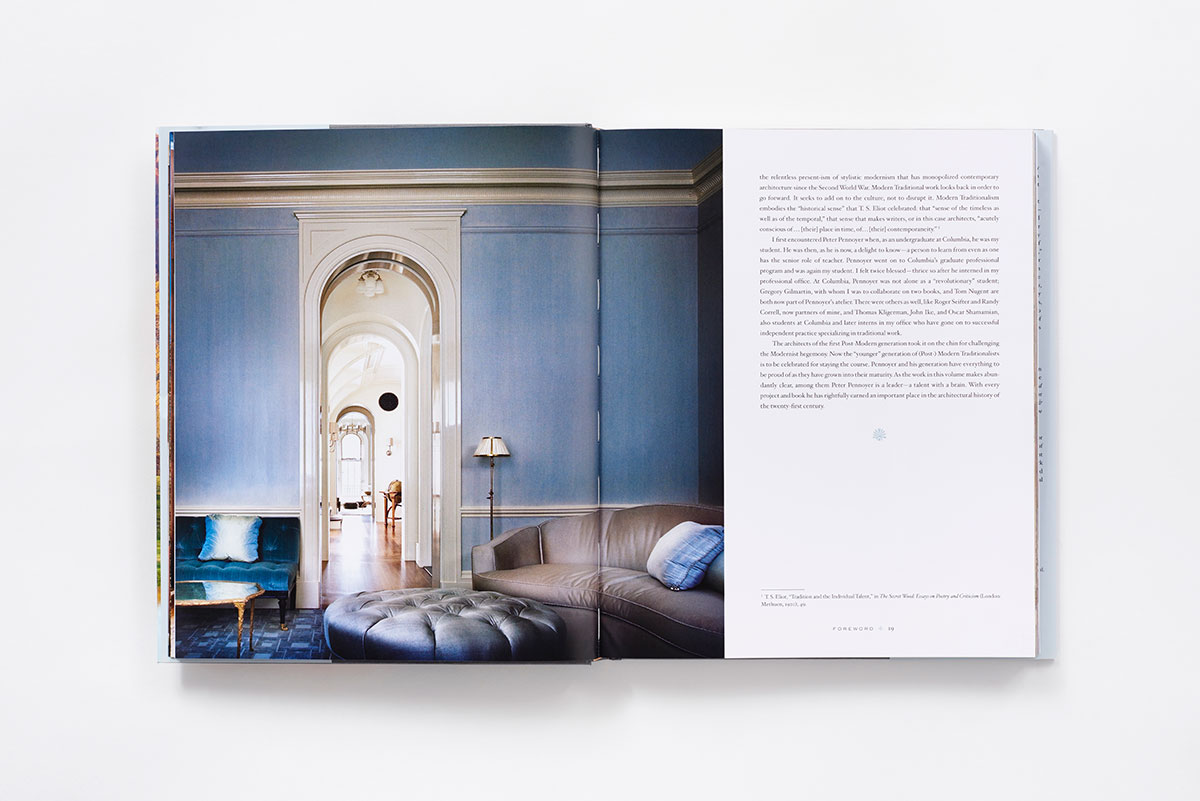 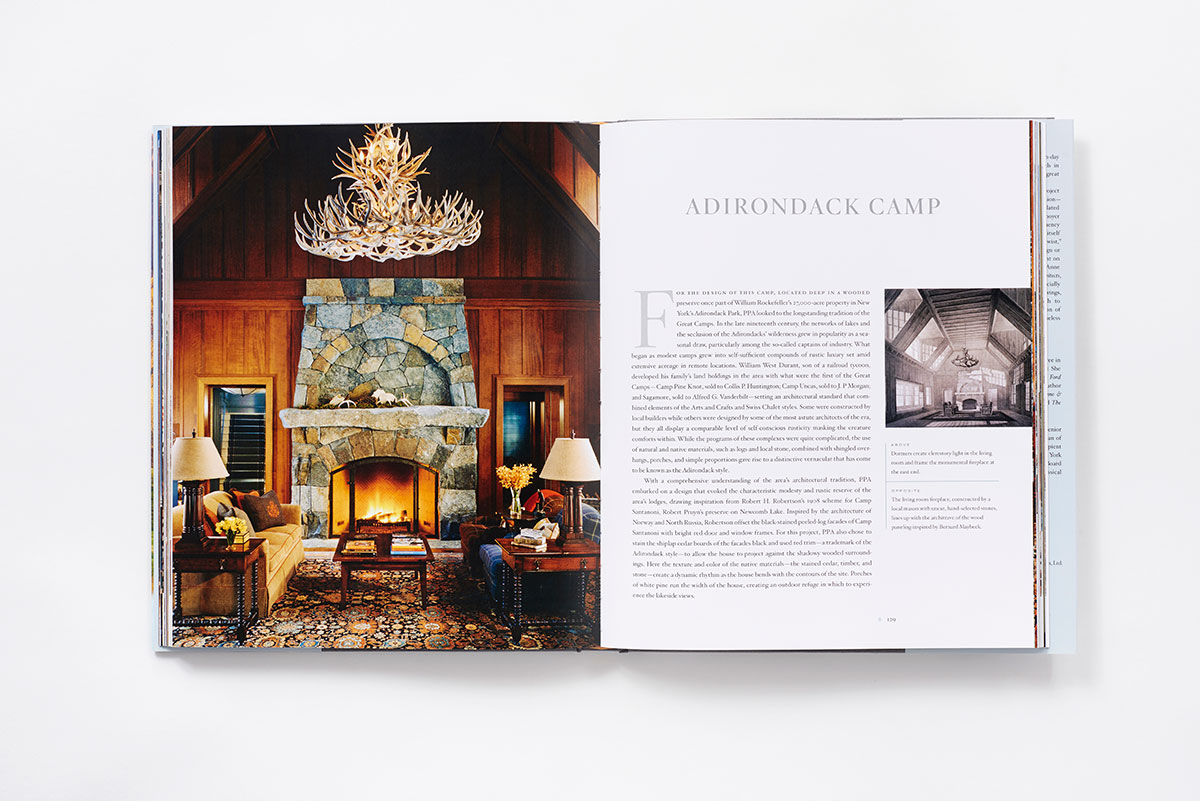 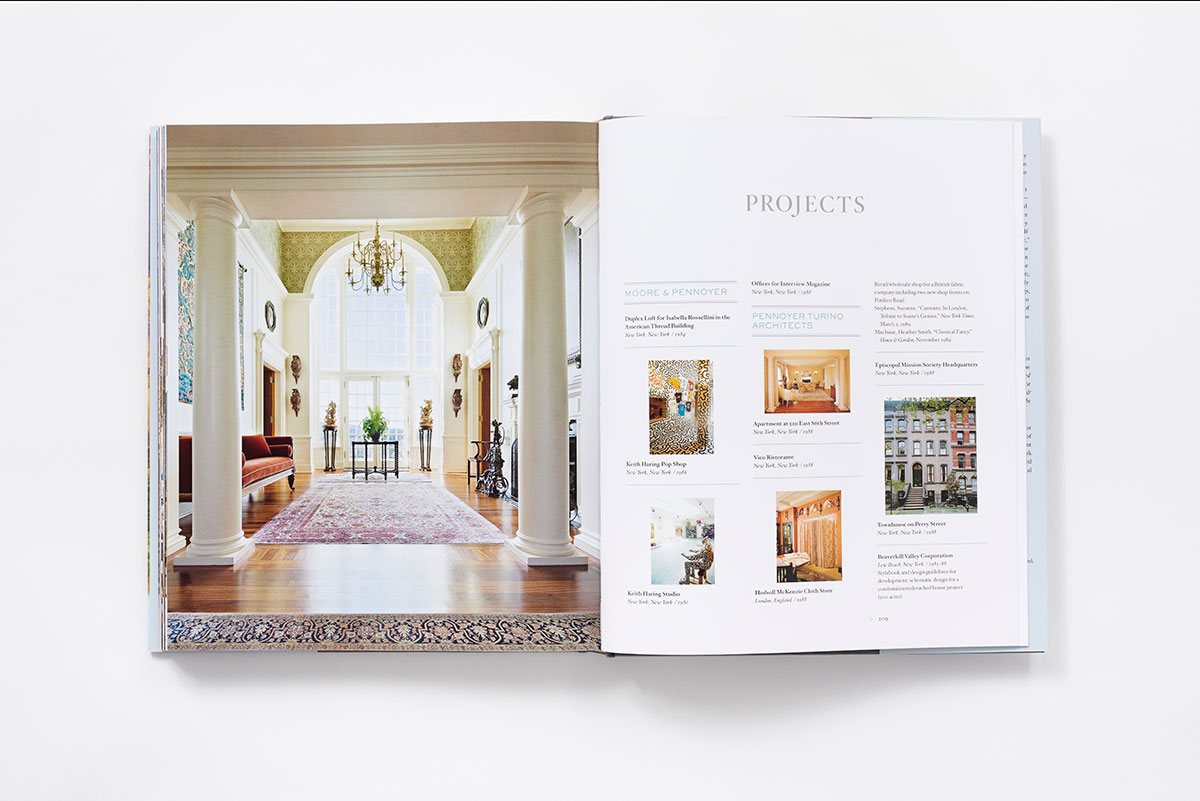 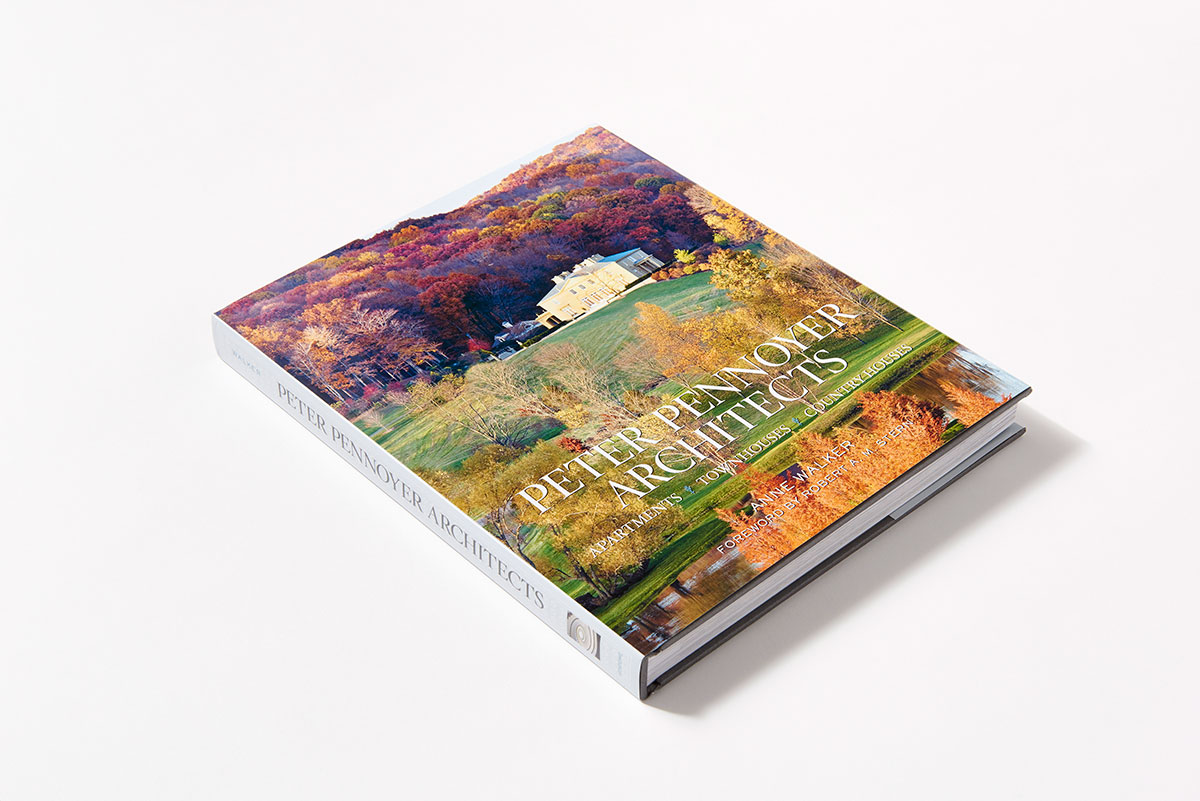 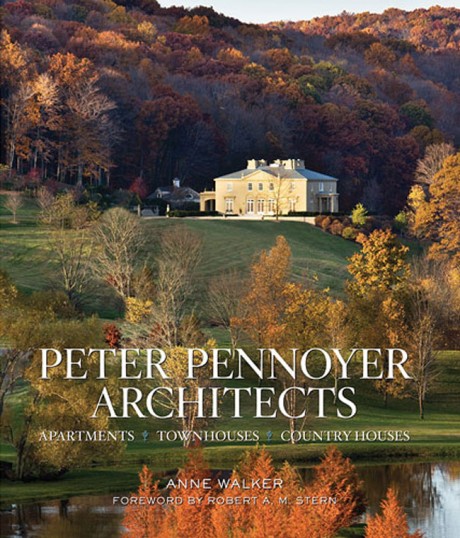 Peter Pennoyer Architects practices a refined architecture that imaginatively reinterprets classical pre-war American design for modern living. Drawing upon the examples of aesthetic mentors Delano & Aldrich, Warren & Wetmore, and Grosvenor Atterbury, PPA’s projects strike a balance between comfort, luxury, and beauty. The work is characterized by a sophisticated use of detail and an insistence on meticulous craftsmanship and materials rarely found in contemporary architecture. This continuity with the past, both in concept and execution, lies at the very core of PPA’s award-winning designs.

Combining an inventive spirit with an erudite grasp of architectural history, PPA has been designing elegant, classically based homes in both urban and country settings for two decades. Twenty of the firm’s residential projects are featured in this sumptuously illustrated volume, ranging from a triplex on New York’s Fifth Avenue to a Spanish Colonial Revival house in San Francisco, from a farmhouse in the Virginia countryside to a ranch in New Mexico. Culminating two decades of practice, the recently completed Drumlin Hall in Dutchess County, New York, is a modern-day version of a Palladian villa—a house that revels in perfect proportion, rigorous geometry, and the great flexibility of the classical idiom.

No matter how they differ in style, each project embodies the basic principles of the profession—beauty, utility, and fitness—that Vitruvius postulated in the first century B.C. The uniqueness of a Pennoyer project lies in the firm’s solid grounding in—and fluency with—the classical idiom, which is not an end in itself but a point of departure. "It’s classicism with a twist," says Peter Pennoyer. "We never repeat any design or even any aspect of a design. Our client can count on his house being singular in its outward guise." Anne Walker’s discerning text for Peter Pennoyer Architects, illustrated with more than three hundred specially commissioned photographs, architectural drawings, and watercolors, offers a thoughtful approach to understanding PPA’s impeccable implementation of classical traditions and skillful adaptation of timeless design to the exigencies of modern life.

“Peter Pennoyer is on the top of my short list of great American architects. His extraordinary understanding of the nuances of architecture, and exemplary respect for historic precedents, allow me to do my job ever better. As can be seen on every page of this captivating book, he is a decorator's dream architect.” ~ Jeffrey Bilhuber


“Peter Pennoyer is perhaps the rudest, rowdiest, most unruly, rambunctious, and revolutionary radical in all of contemporary architecture. He has dared rip out by the roots the cardinal rule of by-now-rusty, notoriously rule-ridden, nearly century-old Modernism: 'Thou shalt not render any design requiring more than a ruler and a protractor.' Pennoyer has readily run the forbidden risk of trying every form he can recall plus forms too radically recent to be recognized at first run-through. He is the ruler of Right Now in American architecture.” ~ Tom Wolfe

“Like a summer's day, each of Peter Pennoyer's rooms invites and refreshes. His homes seem to have existed forever—perfectly proportioned, welcoming, and full of good times to come. A beautiful book to stroll through and linger in.” ~ Sigourney Weaver

“Peter Pennoyer has a way of creating inspiring rooms that are incredibly beautiful yet still feel like homes meant for living in. His designs seamlessly mix color, pattern, texture, and proportion and have meticulous attention to historic details that stays true to the original architecture of the space.” ~ Tory Burch

Peter Pennoyer, a graduate of Columbia Graduate School of Architecture, Planning and Preservation, formed Peter Pennoyer Architects in 1990. The firm has designed houses and institutional projects from New York to California and received numerous awards.