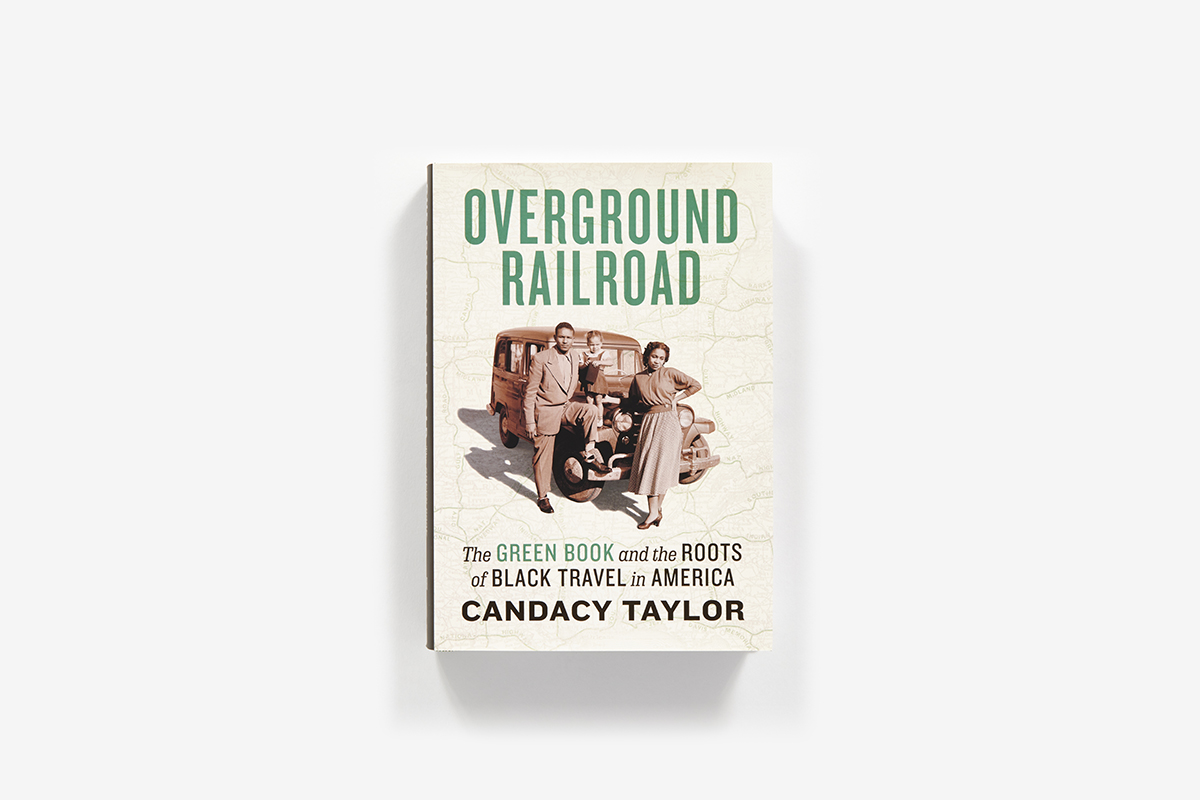 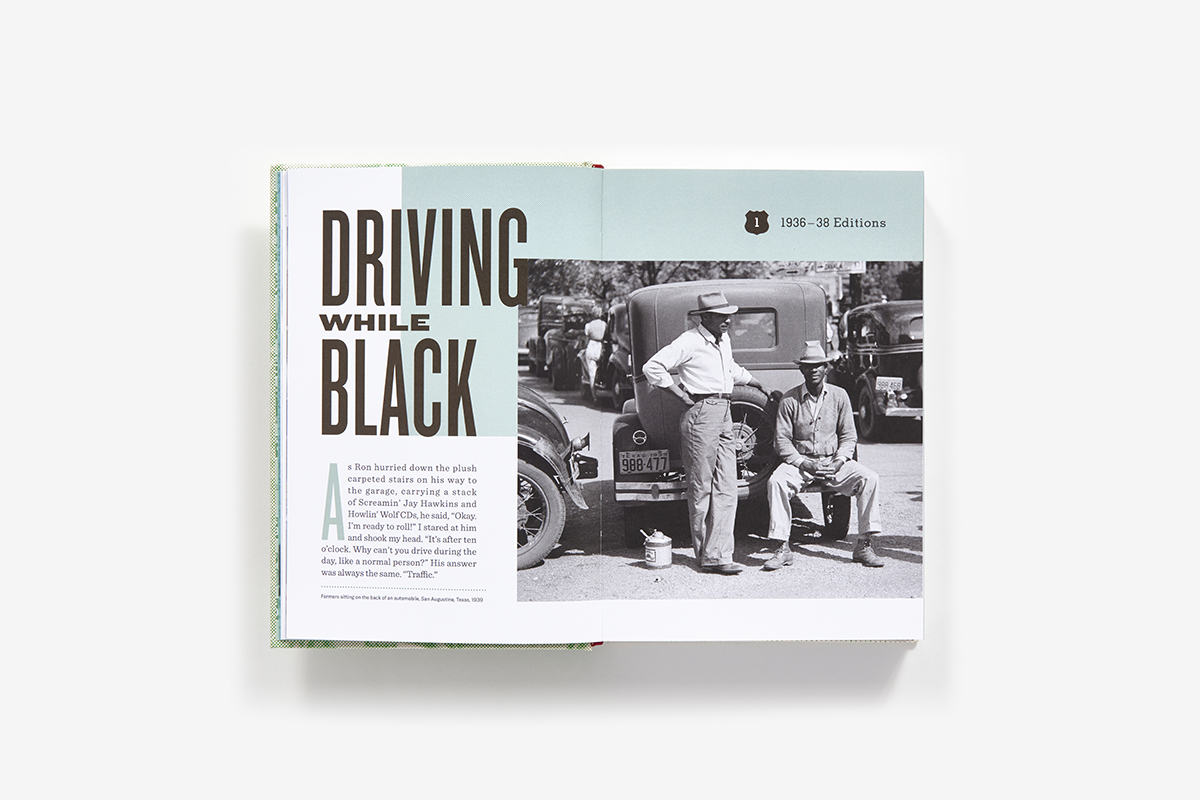 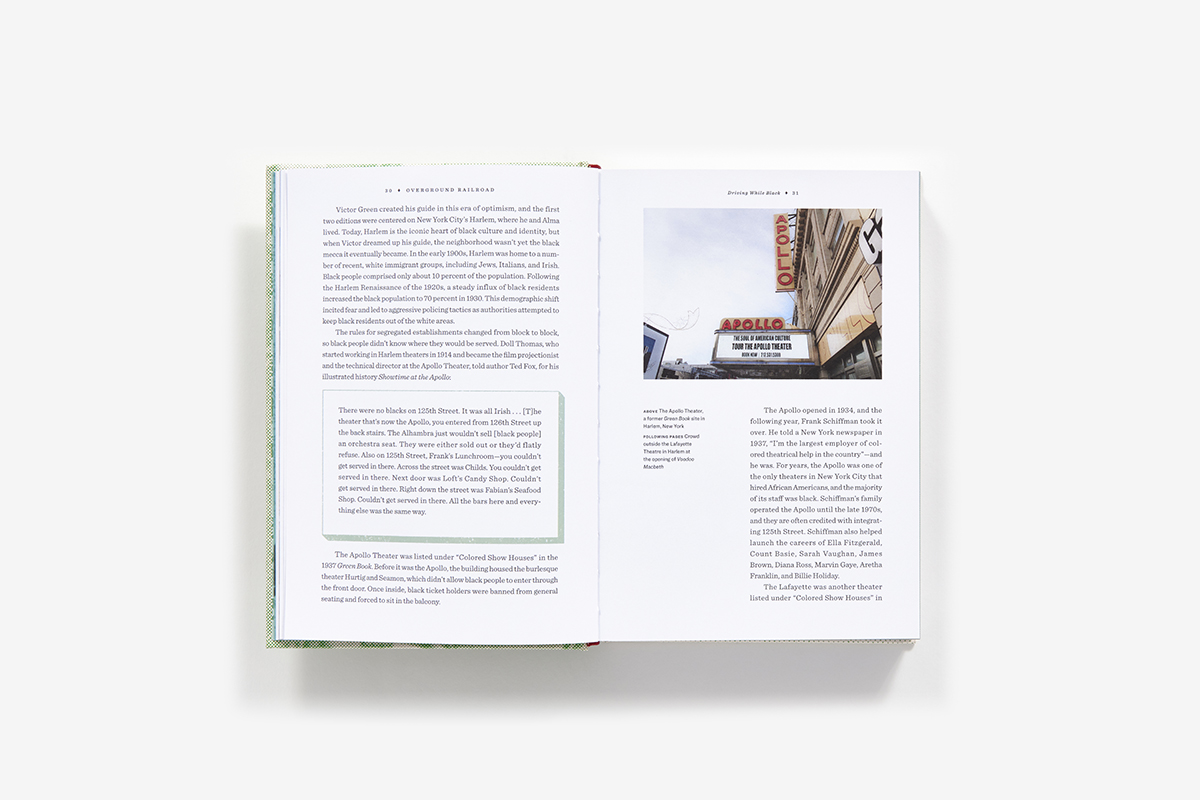 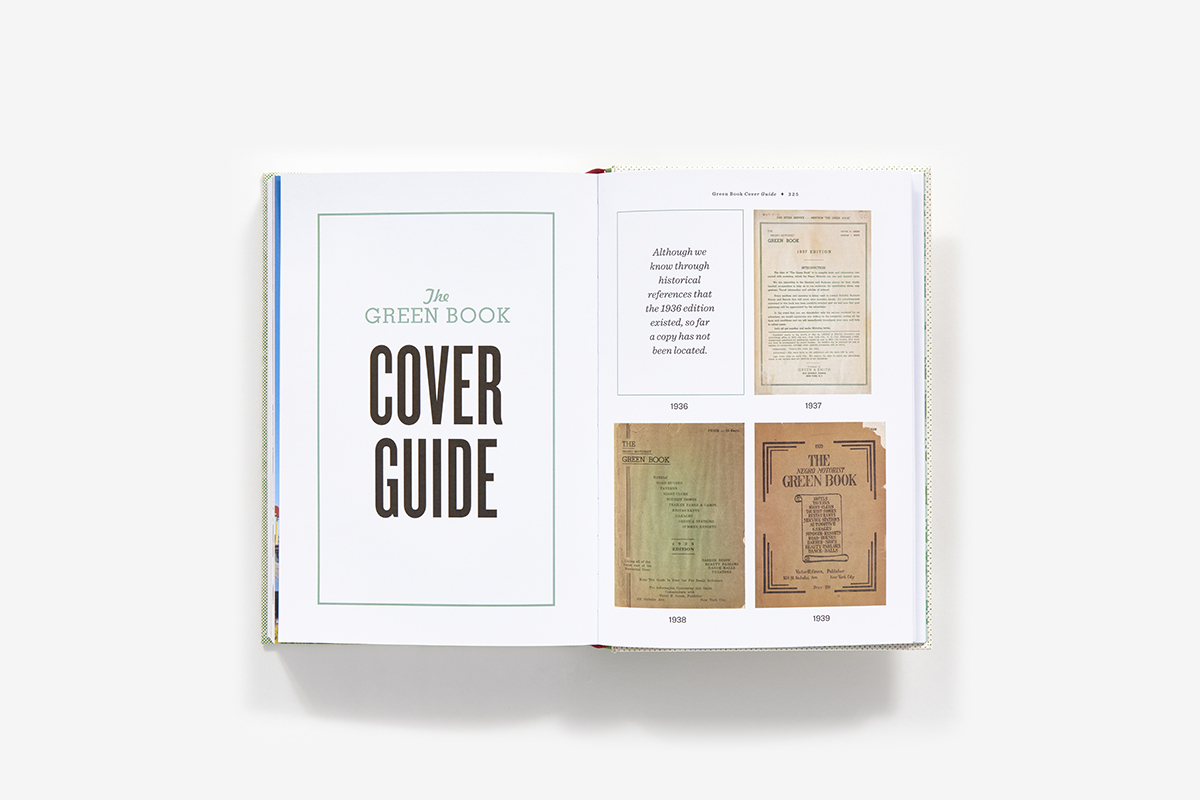 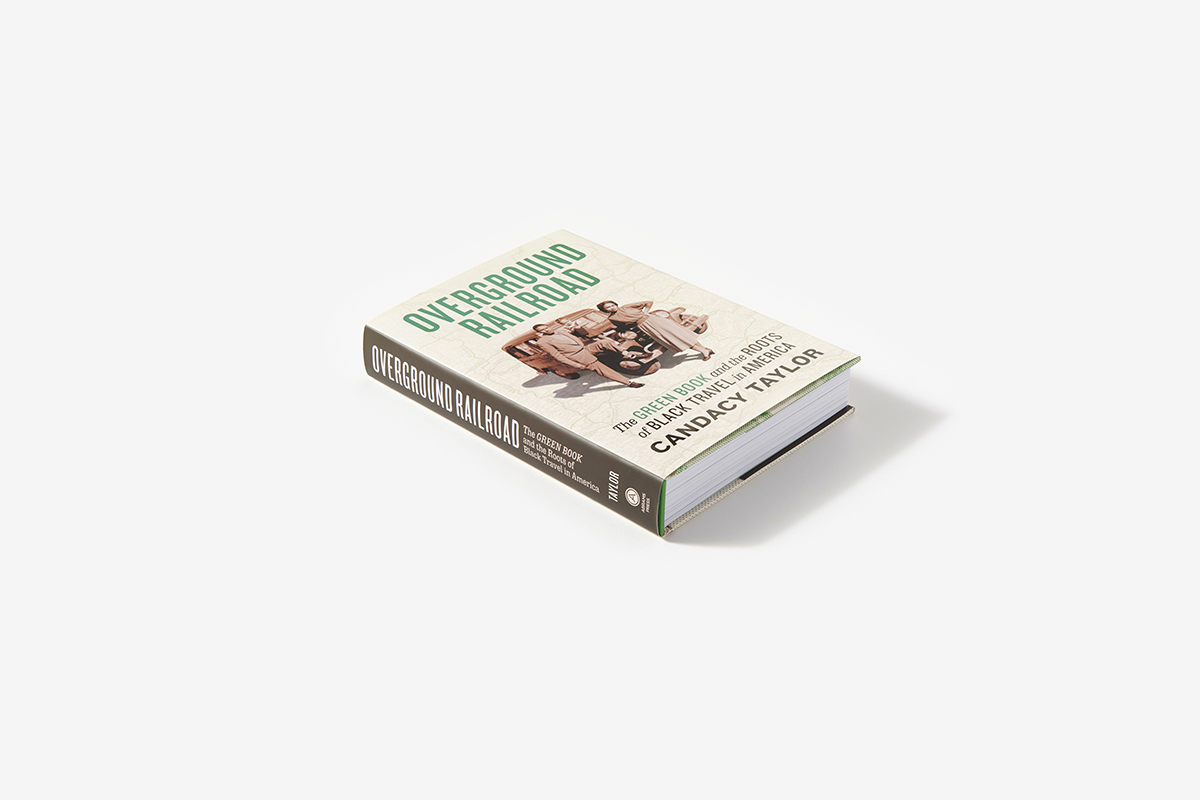 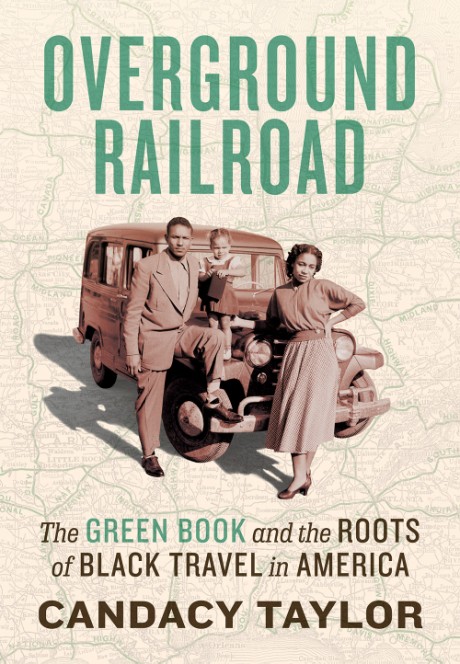 The Green Book and the Roots of Black Travel in America

The first book to explore the historical role and residual impact of the Green Book, a travel guide for black motorists used for decades when traveling through segregated America.

Published from 1936 to 1966, the Green Book was hailed as the “black travel guide to America.” At that time, it was both dangerous and difficult for African Americans to travel, because black travelers couldn’t eat, sleep, or buy gas at most white-owned businesses.

The Green Book listed hotels, restaurants, gas stations, and other businesses that were safe for black travelers. It was a resourceful and innovative solution to a horrific problem.

Candacy Taylor writes in her introduction, “The Green Book was published during a time when car travel symbolized freedom in America, but since racial segregation was in full force throughout the country, the open road wasn’t open to all. When black motorists picked up a copy of the Green Book, they were greeted by the words ‘Just What You Have Been Looking For!! NOW WE CAN TRAVEL WITHOUT EMBARRASSMENT.’” Chapters in her book Overground Railroad include:

It took courage to be listed in the Green Book, and Overground Railroad celebrates the stories of those who put their names in the book and stood up against segregation. It shows the history of the Green Book, how we arrived at our present historical moment, and how far we still have to go when it comes to race relations in America.

"With passion, conviction, and clarity, [Candacy] Taylor’s book unearths a fascinating and true—if not willfully obscured—history of African American activism and entrepreneurship in the United States. This remarkable study broadens our understanding of black life, leisure, and struggles for equality in twentieth-century America, presents the Green Book as a social movement in response to a crisis in black travel, and makes a compelling case for the need to protect more diverse African American sites that have been heretofore underappreciated."
Executive Director, African American Cultural Heritage Action Fund, Brent Leggs —

“In scope and tone, “Overground Railroad” recalls Isabel Wilkerson’s “The Warmth of Other Suns…At its center, the book is a nuanced commentary of how black bodies have been monitored, censured or violated, and it compellingly pulls readers into the current news cycle.”
The Los Angeles Times —

“Taylor, previously a Harvard fellow, gives the topic the context and meticulous research it deserves, while keeping an eye on current race relations.”
National Geographic —

“The strength of this book about a book lies in the street-level views through which the American road unspools in all its compromised glory.”
The Economist —

"A fascinating look at a groundbreaking guide."
The New York Post —

“…her book is a moving and needed history. The overt white nationalism of our era highlights the covert racism that never went away.”
Bookforum —

"An enriching look at African American history through the lens of the black motorist, and as one of the few books on the subject, this is essential for most collections."
Library Journal, STARRED REVIEW —

“Overground Railroad is an eye-opening, deeply moving social history of American segregation and black migration during the middle years of the 20th century.”
BookPage, STARRED review —

“The overarching story of the Green Book reminds us that individual acts of bravery contributed immeasurably to standing up to segregation.”
The Daily Beast —

“In offering tangible actions readers can take, Taylor has created a valuable document that, like The Green Book itself, serves as a bittersweet handbook of resilience in the face of injustice.”
Chapter16.org —

“If ‘making a way out of no way’ is a theme that runs throughout African American life, few things encapsulate that theme more powerfully than the Green Book. A symbol of Jim Crow America, it is also a stunning rebuke of it, born out of ingenuity and the relentless quest for freedom. Candacy Taylor’s own quest for Green Book sites throughout the United States reveals her own relentlessness as well as a potent gift for bringing these sites, and the black past, alive.”
Harvard University, Henry Louis Gates Jr. —

Pulitzer Prize–winning author of Blood in the Water: The Attica Prison Uprising of 1971 and Its Lega, Heather Ann Thompson —

“Candacy Taylor’s cleverly titled, heroically researched Green Book travelogue should be indispensable reading. The Underground Railroad carried tens of thousands of slaves to freedom. Taylor’s Overground Railroad transports their twentieth-century descendants to the Jim Crow reality of a hypocritical country. Her stunning book compels us to wonder where the ride is taking all of us now.”
author of two Pulitzer Prize–winning biographies of W. E. B. Du Bois, David Levering Lewis —

“Published during the period of Jim Crow segregation, the various editions of the Green Book identified establishments willing to serve blacks, ranging from hotels and restaurants to drugstores and gas stations. Overground Railroad carefully places these operations in their historical and geographic context and provides a wealth of useful information not only for social scientists, historians, students, and journalists who want to examine important aspects of the changing black experience, but for general readers as well.”
author of The Truly Disadvantaged, William Julius Wilson —

“Overground Railroad reorients the narrative of allure surrounding Route 66 in order to account for the grim reality of the violence that black people faced on that old American road.”

“Candacy Taylor not only examines the history of the Green Book, but also dives into what its impact means for Black individuals and families today.” – Bustle
Bustle —

Candacy Taylor is an award-winning author, photographer and cultural documentarian. Her work has been featured in over 50 media outlets including the New Yorker and The Atlantic. She is the recipient of numerous fellowships and grants including The Hutchins Center for African & African American Research at Harvard University and the National Endowment for the Humanities. She lives in New York, NY.