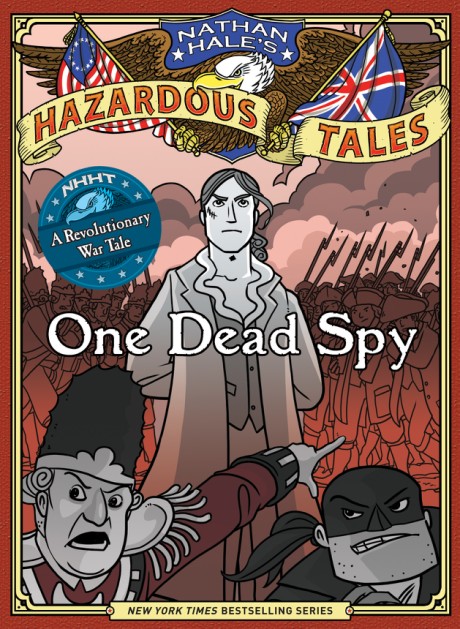 “I regret that I have but one life to give for my country.” These are the famous last words of Nathan Hale, a spy for the American rebels in the Revolutionary War.
But who was this Nathan Hale? And how did the rebels defeat an army that was bigger, better, stronger, and more heavily armed than they were? One Dead Spy has answers to these questions, as well as stories of ingenuity, close calls with danger, and acts of heroism in the American War of Independence.

"An innovative approach to history that will have young people reading with pleasure."
— Kirkus Reviews

Meet-the-Author of One Dead Spy

Nathan Hale is the illustrator of the graphic novel Rapunzel’s Revenge, which was an Al Roker Book Club for Kids selection, an ALA Notable Book, and a YALSA Great Graphic Novel for Teens and earned three starred reviews. He is also the illustrator of several picture books. He lives in Provo, Utah, with his wife and their two children.