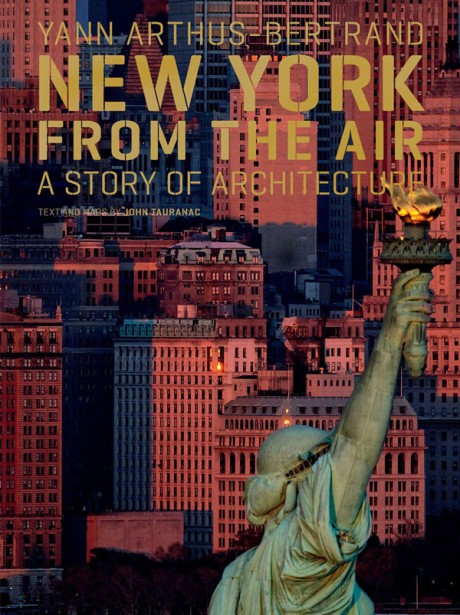 New York from the Air

A Story of Architecture

Completely updated with new photographs and text, New York from the Air is a lush, romantic, and ultimately hopeful tribute to one of the most thrilling cities in history. World-renowned bestselling photographer Yann Arthus-Bertrand—shooting from vantage points few people ever attain—presents the power and beauty of Manhattan’s amazing skyscrapers, the bucolic joys of Central Park, the majesty of the Upper West Side’s castle­like apartment buildings, and much, much more. This new edition includes unpublished photographs of landmarks built since the 2003 edition. New York historian and cartographer John Tauranac’s lively commentaries lead readers on a truly spectacular tour from above the city that never sleeps.

Praise for New York from the Air:

“No one, though, has revealed New York from above as vividly as Yann Arthus-Bertrand, the Paris-based photographer who has made a career of providing a heavenly perspective on the planet Earth. In his book, New York from the Air: A Story of Architecture (Abrams), he invokes Sartre in the preface, and transforms even the most ordinary street-level scenes into majestic, abstract cityscapes.”
—New York Times


“Above IT ALL. New York from the Air hits new heights with fresh photos of an ever-evolving city.”
—New York Daily News

Yann Arthus-Bertrand’s many books include the multimillion-copy international bestseller Earth from Above. He is based in Paris. John Tauranac is a native New Yorker who has written for the New York Times, New York Magazine, Travel & Leisure, and other publications. He was the design chief of the 1979 New York City subway map, and his street atlas, Manhattan Block by Block, is in its fifth edition.