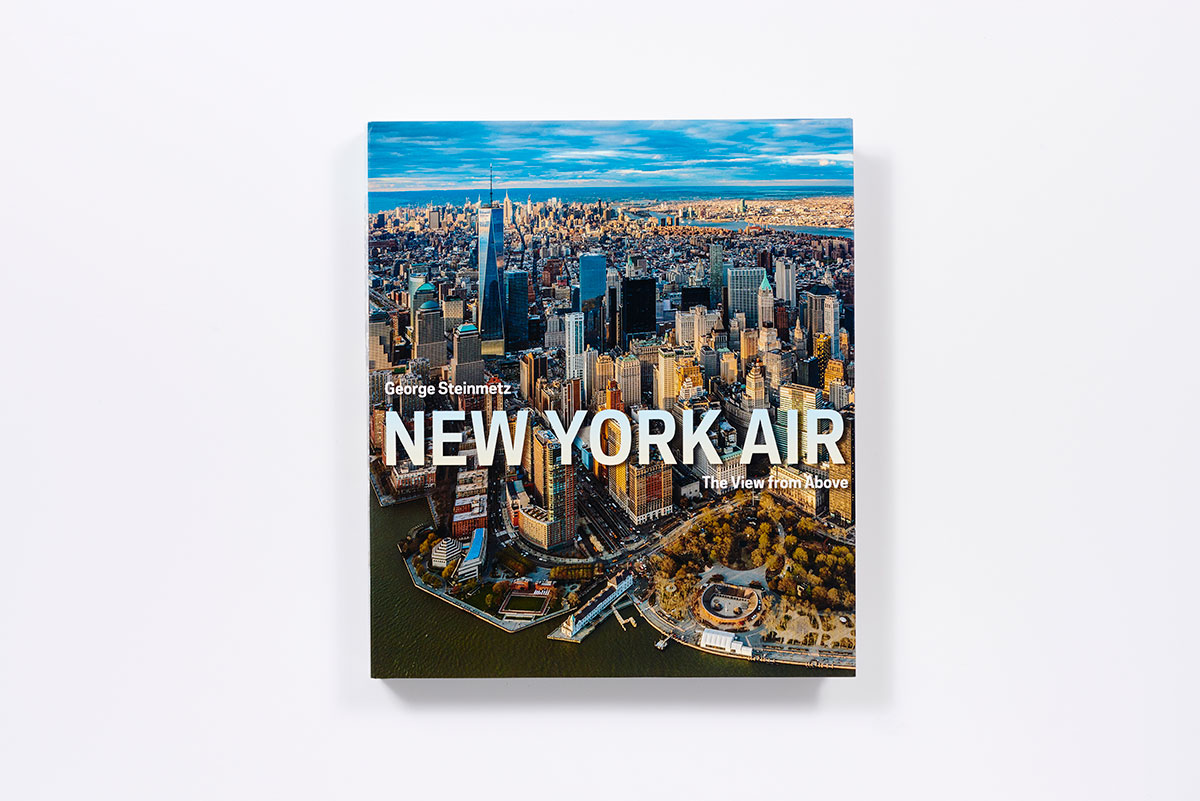 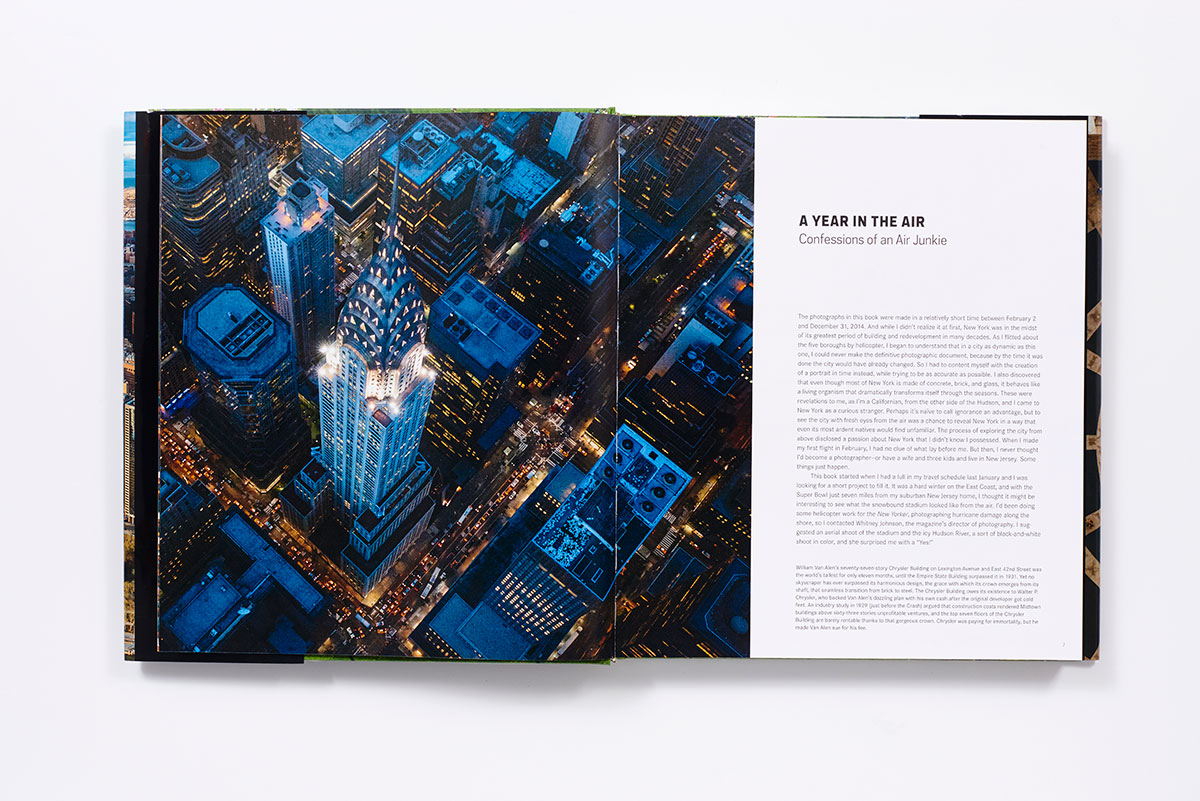 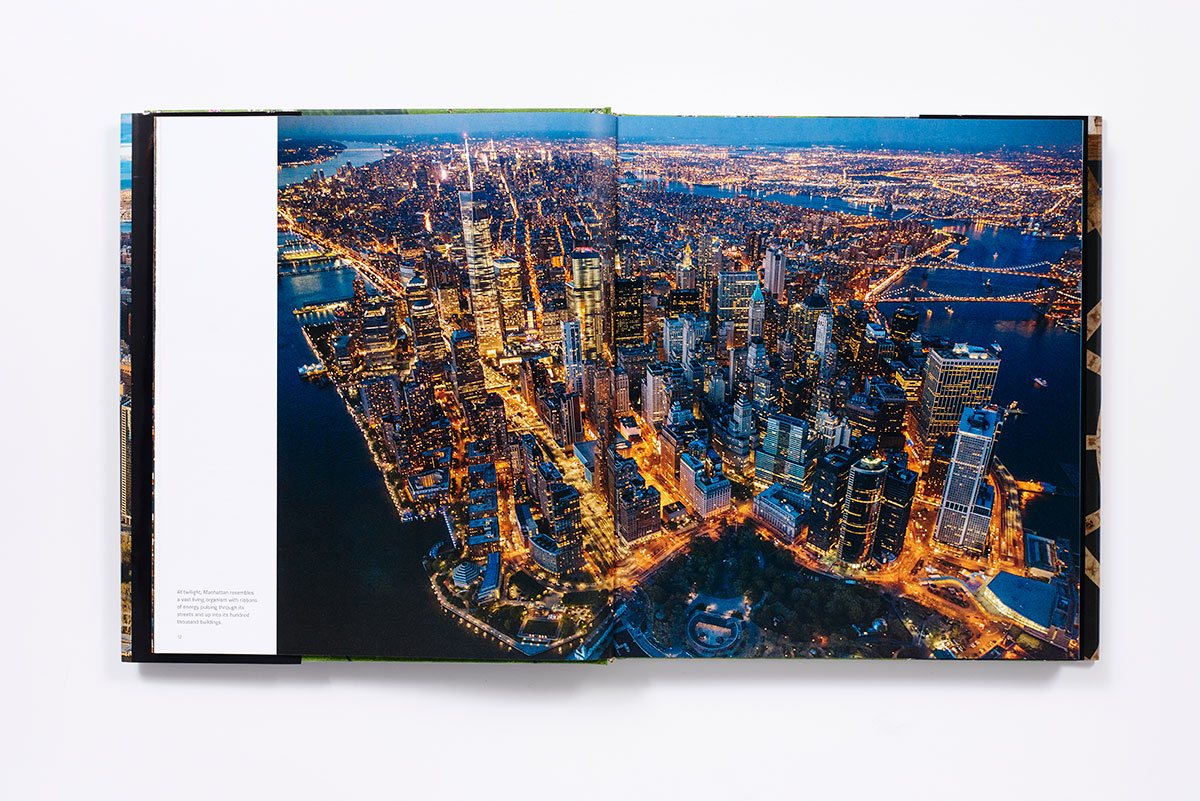 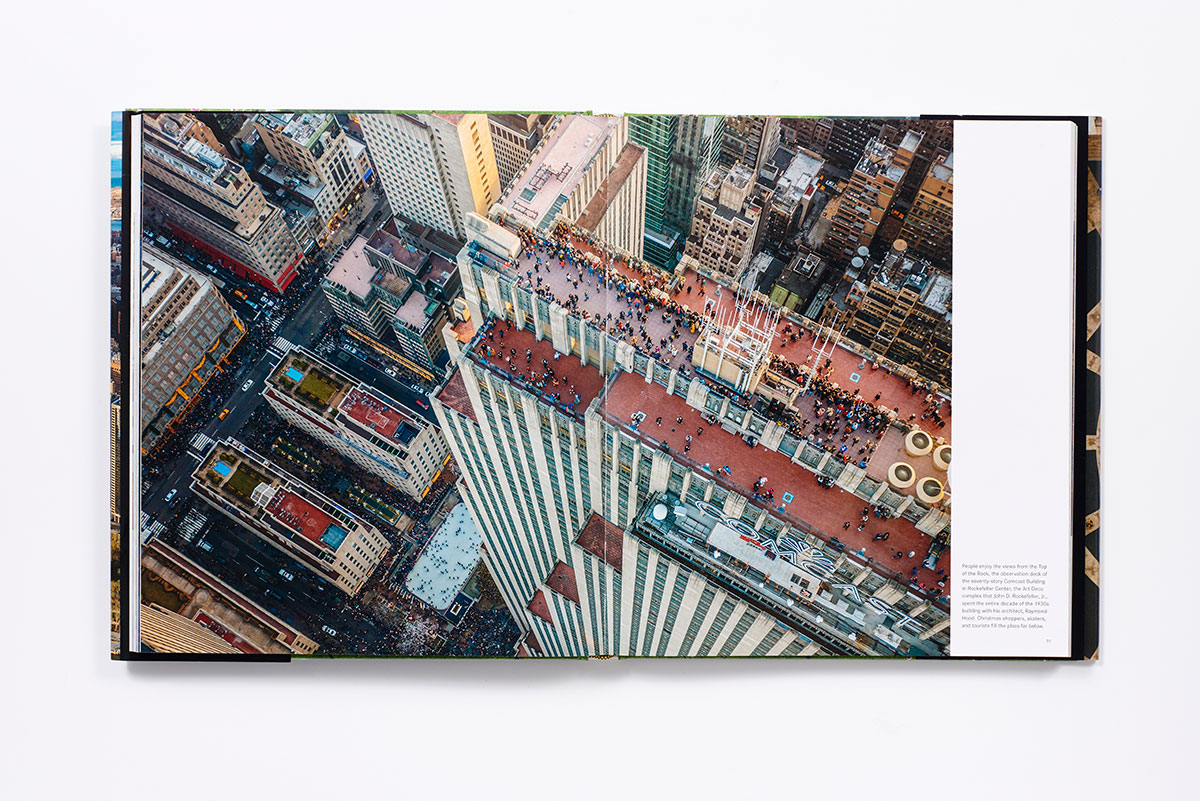 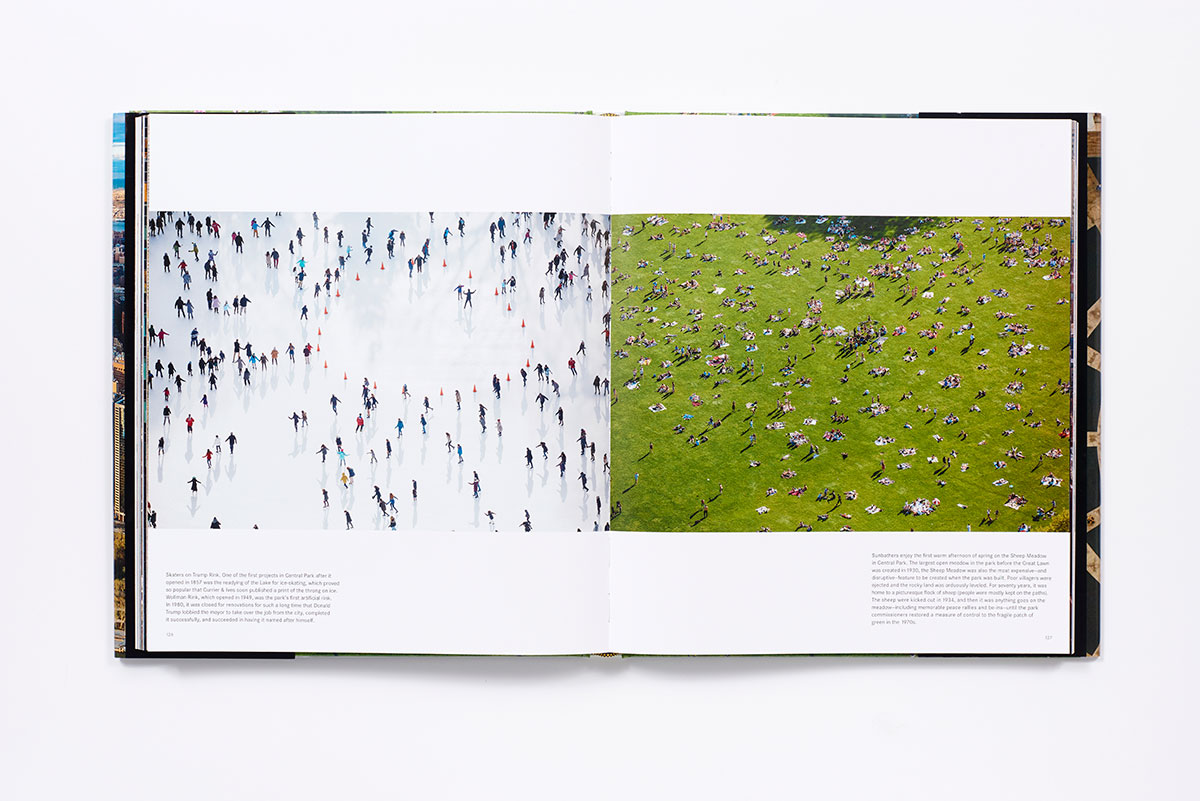 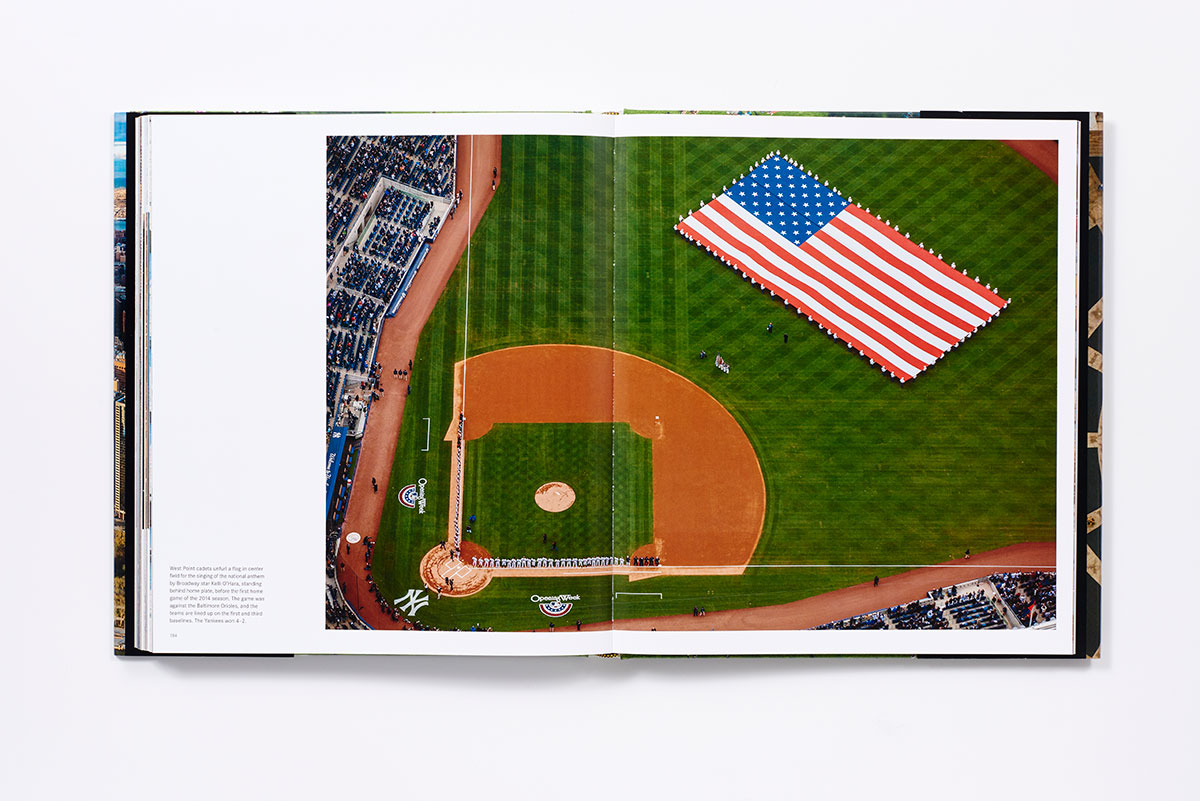 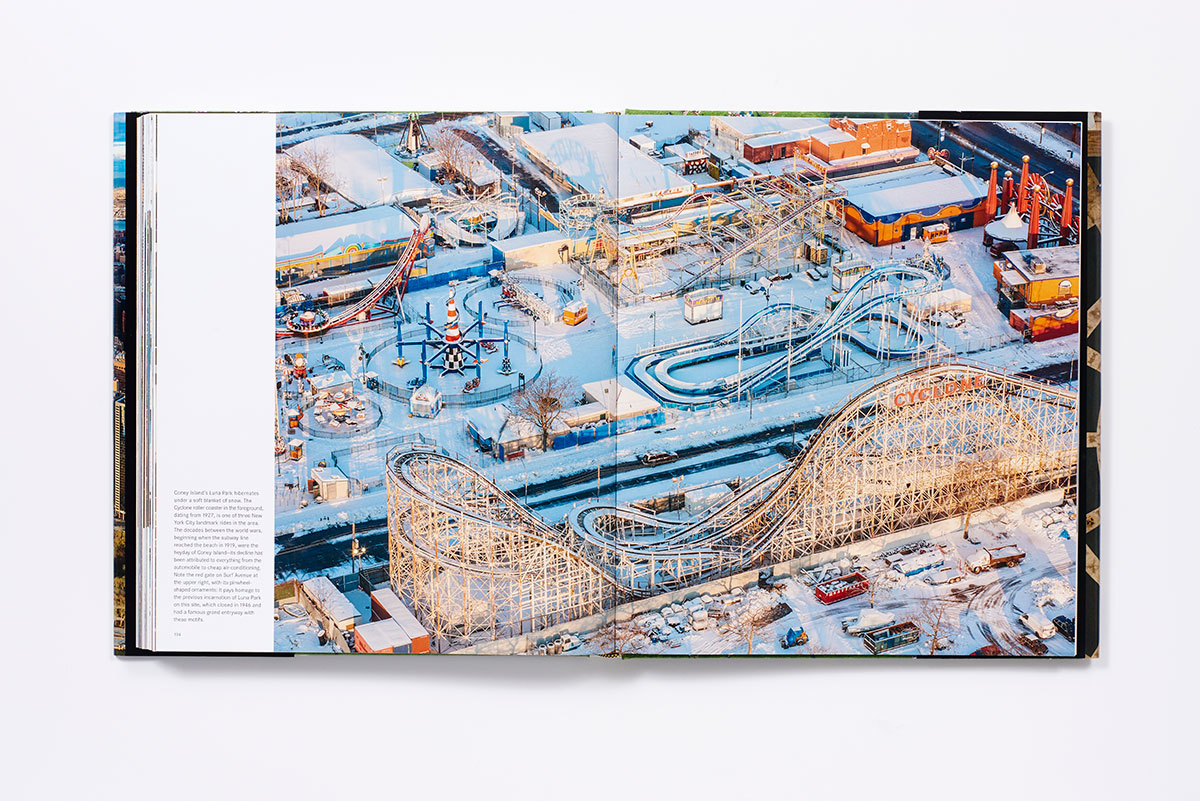 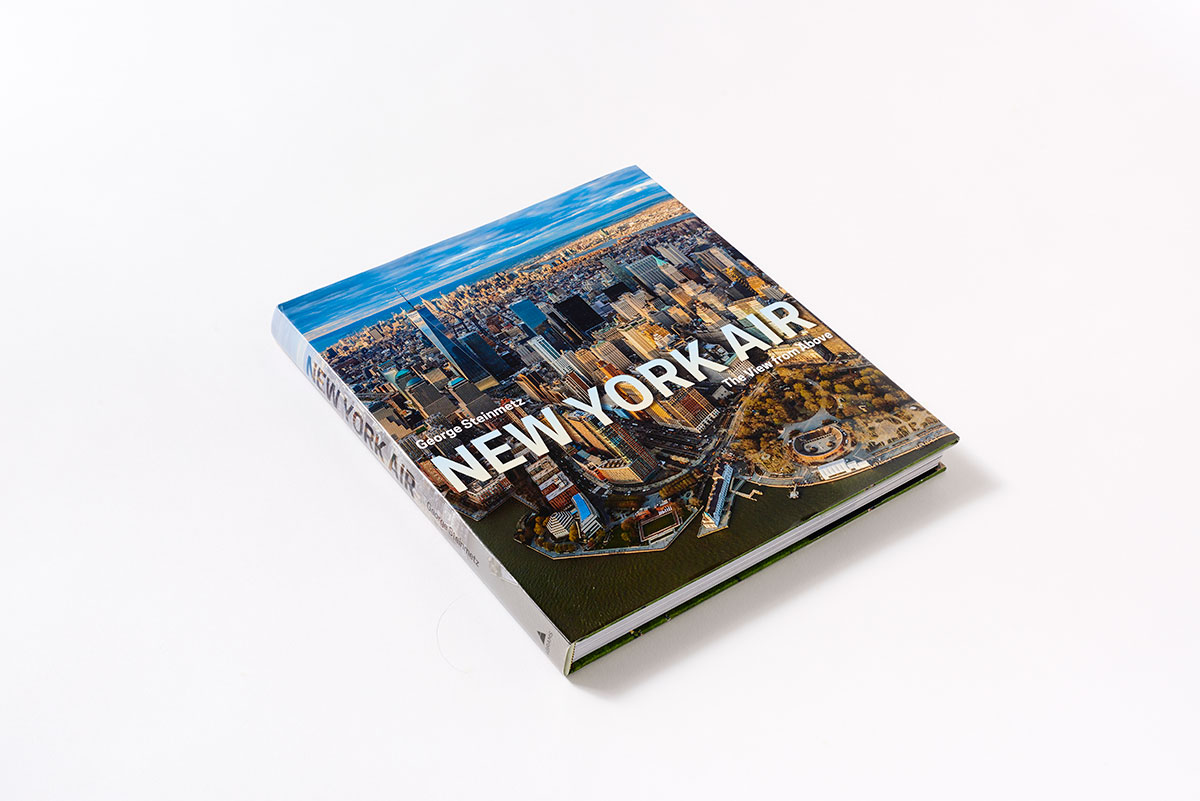 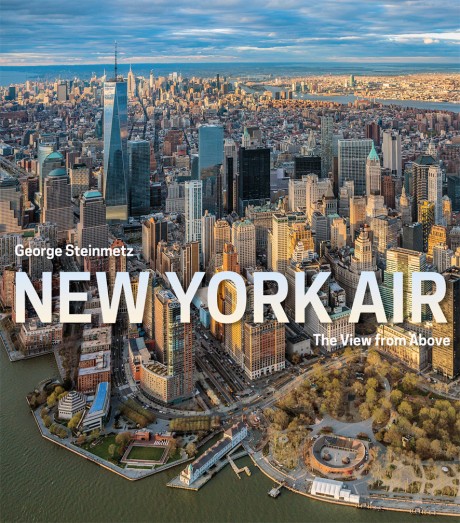 The View from Above

Shooting in all seasons and from dawn to dusk, Steinmetz captures the thrilling complexity and romance of 21st-century New York, with its new skyline and waterfront landscape, dazzling contemporary architecture and historic buildings—along with parks and streets and rooftops used for every possible purpose, and the massive infrastructure that keeps it all going. Included are such iconic places as Central Park and Times Square, new landmarks such as the High Line and the September 11 Memorial, One World Trade Center and other additions to the exclusive list of the world’s tallest buildings, and intriguing sites throughout the five boroughs. Steinmetz records some of the city’s beloved traditions—such as the Rockefeller Center Christmas tree, the New York marathon, and the U.S. Open—but what makes his photographs special is their surprising intimacy, as they capture New Yorkers going about their lives in their remarkable city.

“These aerial views of New York City will take your breath away.”
Fortune —

“George Steinmetz’s new photo book, New York Air: The View From Above, presents an unparalleled visual feast of this well-known metropolis. Every photo offers a new perspective and a level of detail that turns familiar places into never-seen-before spectacles. Popular views are transformed, and an exclusive, secretive New York is revealed: the curvy contours of Central Park’s trails encircling baseball fields blanketed with snow; the contrast of old and new as the glowing Freedom Tower competes with the iconic Brooklyn and Manhattan bridges; or the privilege of looking into Lady Liberty’s neoclassical eyes.”
TIME —

“The best view of New York might be from above, as the brilliant photographs of George Steinmetz help us to see. This is a city usually beyond our seeing. Steinmetz captures his images from a helicopter or ‘a flying lawn chair’ he designed, freeing him to see the world’s deserts, oceans, jungles, cities. Not just look at them. See them. Suddenly, through his eyes, we are above New York. On first seeing the Steinmetz images, I felt again, for the first time in several years, a sense of wonder.“
Pete Hamill —

“[Steinmetz] sees the city’s landmarks with new eyes, presenting a feast of unexpected color and geometry in 120 photographs that test your powers of recognition.”
The New York Times —

Before he turned to photographing New York from a helicopter, George Steinmetz documented the Earth’s remote and exotic regions from his motorized paraglider, working mostly for National Geographic and GEO magazines. His previous books include Desert Air, African Air, and Empty Quarter. He lives in Glen Ridge, New Jersey