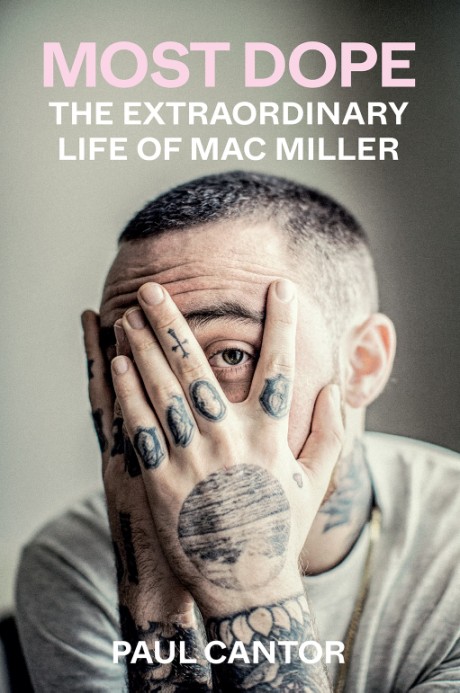 The Extraordinary Life of Mac Miller

The first biography of rapper Mac Miller, the Pittsburgh cult favorite–turned–rap superstar who touched the lives of millions before tragically passing away at the age of twenty-six

Malcolm James McCormick was born on January 19, 1992. He began making music at a young age and by fifteen was already releasing mixtapes. One of the first true viral superstars, his early records earned him a rabid legion of die-hard fans—as well as a few noteworthy detractors. But despite his undeniable success, Miller was plagued by struggles with substance abuse and depression, both of which fueled his raw and genre-defying music yet ultimately led to his demise.

Through detailed reporting and interviews with dozens of Miller’s confidants, Paul Cantor brings you to leafy Pittsburgh, seductive Los Angeles, and frenzied New York, where you will meet Miller’s collaborators, producers, business partners, best friends, and even his roommates. Traveling deep into Miller’s inner circle, behind the curtain, the velvet ropes, and studio doors, Most Dope tells the story of a passionate, gifted young man who achieved his life’s ambition, only to be undone by his personal demons.

Paul Cantor is a writer whose work has appeared in the New York Times, New YorkMagazine, Rolling Stone, XXL, Esquire, Billboard, MTV News, Vice, FADER, Complex, and elsewhere. Born and raised in New York City, he began his career as a music producer and is now among the most authoritative voices in music journalism. In nearly two decades documenting hip-hop culture, he has interviewed and written about luminaries such as: J. Cole, Kendrick Lamar, Nicki Minaj, 50 Cent, the Wu-Tang Clan, Logic, Common, Scarface, Wyclef, Damon Dash, Young Jeezy, M.I.A., Action Bronson, and Suge Knight, among others. This is his first book.