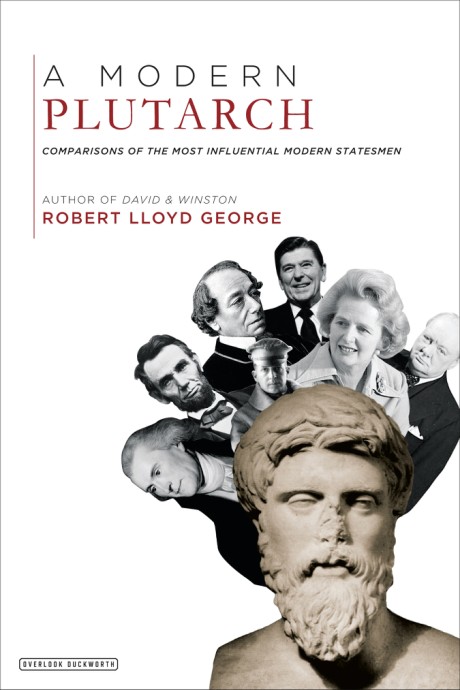 Comparisons of the Most Influential Modern Statesmen

One of the most significant and enduring texts to have survived from Ancient Greece is Lives of the Noble Greeks and Romans, written by Plutarch in the first century AD. In the work, the man known as the "Father of Biography" paired off the most notable and influential figures of the classical world, placing their lives and legacies next to each other, allowing the comparisons and juxtapositions to reveal new truths about these famous men. He compared Demosthenes with Cicero, Alexander the Great with Julius Caesar; the result was an intellectual masterpiece still referred to by historians today. In A Modern Plutarch, Robert Lloyd George applies this model of biography to the most influential statesmen and stateswomen of American and British history. Lloyd George compares figures such as Edmund Burke, a prophet of modern conservatism, and Thomas Paine, a champion for the common man. He juxtaposes Winston Churchill and Abraham Lincoln, two of the greatest wartime leaders of the past 200 years, and Margaret Thatcher and Ronald Reagan, the first divisive, the latter popular. In doing so, he draws parallels between their lives and philosophies, while revealing the traits that made them unique.The essential primer on leadership and an inspiring account of exceptional lives, A Modern Plutarch breathes new life into historical biography and offers remarkable insight into some of the greatest minds of the modern era.

Robert Lloyd George is the author of several books, including David and Winston, a comparative look at Winston Churchill, also published by The Overlook Press. He has written extensively on global economics, specifically on the relationship between the economies of the Eastern and Western world.