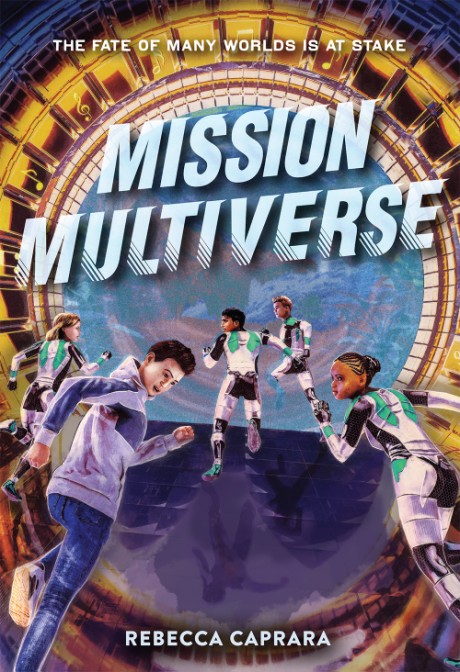 When five members of a middle school marching band are accidentally projected into an alternative universe during a field trip to the NASA headquarters, their fates land in the hands of the Multiverse Allied Council: a group of extraterrestrial delegates responsible for preserving harmony across the multiverse. Then Dev, Isaiah, Tessa, Maeve, and Lewis discover that Earth’s destruction is imminent due to an environmental collapse caused by humans. What can they do, when their most formidable skill is marching in formation? Against all odds, the space cadets fight to navigate the multiverse, save themselves from power-hungry forces eager to destroy them, rescue their families, and fight for the preservation of humankind. But forces far bigger than they ever imagined have insidious plans for the multiverse and its inhabitants . . .

"Caprara’s brisk storytelling and smooth juggling of out-of-this-world characters and settings, the situation’s high stakes are easy to grasp, and readers will anticipate how things unfold in the next entry."
Kirkus Reviews —

"Caprara successfully maintains excitement throughout this action-packed series opener, even while focusing on characters’ individual issues and dynamics."
Publishers Weekly —

Rebecca Caprara is a children’s book author and illustrator. She graduated from Cornell University and practiced architecture for several years before shifting her focus from bricks to books. An avid globetrotter, she has traveled to more than 50 countries, and has lived in Italy, Singapore, and Canada. She is now growing roots in Massachusetts with her family.