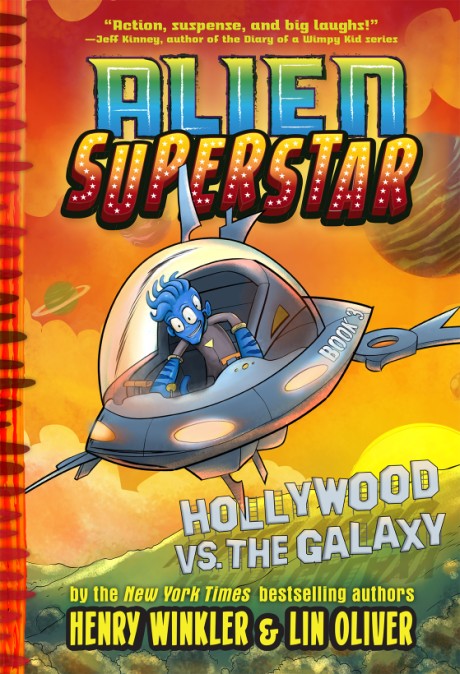 Buddy’s out-of-this-world adventures continue! Since Citizen Cruel failed to capture Buddy, the Supreme Leader is left with no other choice: he must go to Earth himself to make sure Buddy is returned to his home planet for the ultimate punishment. While an unsuspecting Buddy is acting on his Hollywood sitcom, the Supreme Leader’s powers of mind control weave a delicate web to entrap him. Will Buddy be caught? Will he succumb to these menacing powers? Will the Earthlings ever find out who Buddy Burger truly is? These are the questions that will keep readers turning pages until the end of this action-packed, side-splitting comedy adventure in the New York Times bestselling middle-grade series.

Henry Winkler is an Emmy Award–winning actor, writer, director, and producer who has created some of the most iconic TV roles, including Arthur “the Fonz” Fonzarelli on Happy Days and Gene Cousineau on Barry. Lin Oliver is a children’s book writer and a writer and producer for both TV and film. She is currently the executive director of the Society of Children’s Book Writers and Illustrators (SCBWI). Together, Winkler and Oliver are the co-authors of the bestselling Hank Zipzer and Here’s Hank series. They both live in Los Angeles.