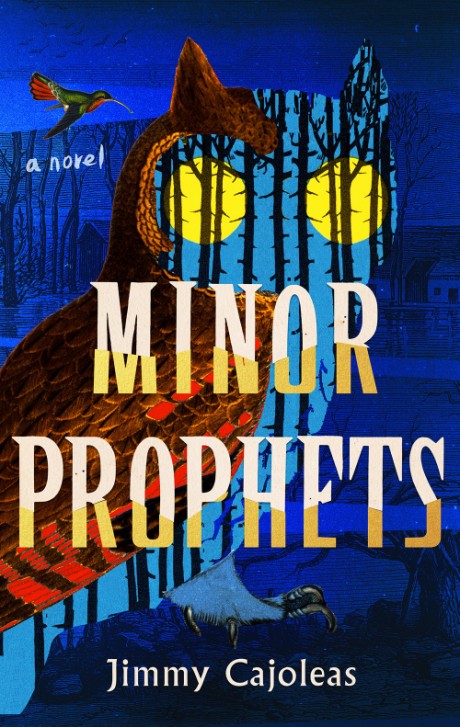 After their mother’s death, two siblings must navigate the strange world of the occult in this thrilling YA mystery

Lee has always seen visions: cats that his mother promises aren’t really there, a homeless man who he’s convinced is out to get him, and three men who give him ominous warnings in the woods. His mother and his sister Murphy try to keep him grounded in the real world. But when his mother dies in a car accident and her horrible husband tries to adopt them, Lee and Murphy flee to their grandmother’s ranch, which they’ve only heard about in stories. But is there a reason why their mother never brought them there? And what horrid truths lurk behind Lee’s haunting visions? Thrilling, twisty, and poignant, Minor Prophets will keep readers guessing until the final page.

"Cajoleas' atmospheric, often bloody, tale, steeped in mysticism and the occult, raises questions of fate, belonging, acceptance, and spirituality, and Lee's narrative will resonate with anyone who has ever felt left out . . . Harrowing and hypnotic."
— Kirkus Reviews

"The narrative is steeped in unsettling mystery and surreal mysticism as truth bleeds into a fever dream indecipherable from reality. This is a fascinating, well-written examination of family bonds and religious fervor stretched just to the point of snapping."
— Booklist

"[Will] ensnare fans of the supernatural, and Lee’s struggle to reconcile his morals with his desires adds emotional heft. "
— The Bulletin of the Center for Children's Books

Jimmy Cajoleas grew up in Jackson, Mississippi. He spent years traveling the country and playing music before earning his MFA from the University of Mississippi. His debut YA novel, The Good Demon, received three starred reviews, from Booklist, Publishers Weekly, and Kirkus, who called it “eerie and compelling.” He lives in Brooklyn, New York.