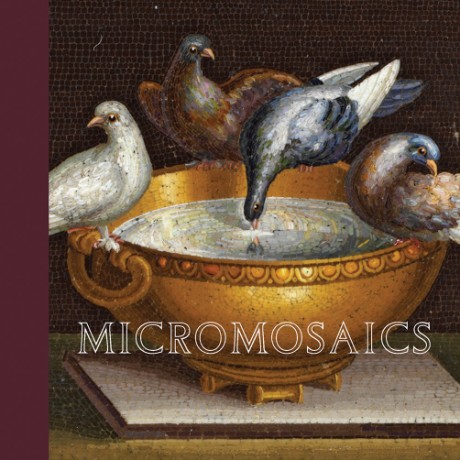 Highlights from the Gilbert Collection

From a distance, micromosaics appear like paintings; it is only on closer inspection that the intricate patterns of tesserae (the tiny pieces of stone, tile, or glass used to create the mosaic) become apparent. Some of the most virtuosic examples of this art appear in the Victoria and Albert Museum’s Gilbert Collection. Sir Arthur Gilbert was credited with coining the term “micromosaics” and this superlative collection includes pieces ranging from portraits to table tops. Illustrated with stunning photography, this new book explores the technical aspects of making micromosaics as well as the cultural atmosphere in which such pieces first flourished during the late 18th century. Author Heike Zech traces their evolution through the 19th century until the technique virtually vanished in the early 1900s.

Heike Zech is former curator of the Rosalinde and Arthur Gilbert Collection at the Victoria and Albert Museum in London.