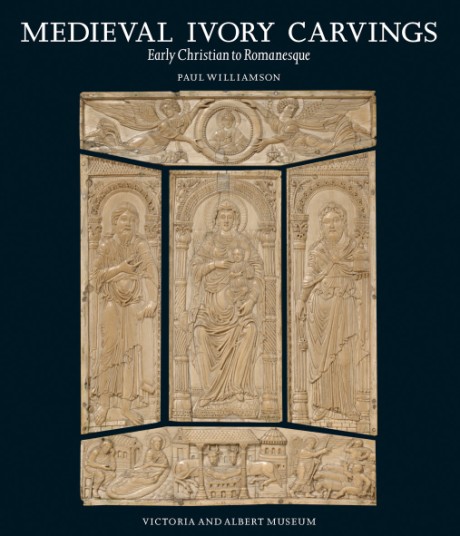 This authoritative, accessible survey is the first since 1927 devoted entirely to ivories of the Middle Ages. Color photographs display the V&A's significant collection, which is especially strong in Carolingian, Anglo-Saxon, and English Romanesque examples. Following an essay on the V&A's collecting and study of these masterpieces, the book features major works from every era of the period: the Symmachi Panel from late antiquity; the front cover of the Lorsch Gospels from the Carolingian era; the Ottonian Basilewsky Situla; the Veroli Casket from 10th-century Byzantium; the St Nicholas Crozier; the enigmatic whalebone carving of the Adoration of the Magi from the Romanesque 12th century; and numerous others. Each entry provides a full physical and scholarly discussion, synthesizing the exist­ing literature and incorporating new research.

"A summation of a lifetime's involvement with the study of medieval ivories and a triumph of scholarship – one of the defining publications in the field." The Art Newspaper

"The end result is the nearest thing to perfection attained in any catalogue of ivories today."
West 86th: A Journal of Decorative Arts, Design History, and Material Culture (Bard Graduate Center)

"The volume is, in sum, not simply a catalogue of ivories but a fundamental contribution to the history of medieval art." The Burlington Magazine

"A superlative achievement, setting a high standard for all future catalogues and making an immense contribution to scholarship." Speculum: Journal of Medieval Studies

Paul Williamson is keeper of sculpture, metalwork, ceramics, and glass at the V&A. He has written and lectured extensively on medieval ivory carvings. His many books include Gothic Sculpture 1140–1300 and Netherlandish Sculpture.