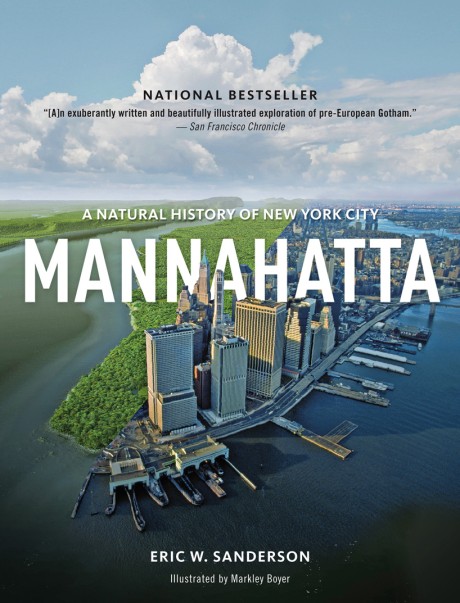 On September 12, 1609, Henry Hudson first set foot on the land that would become Manhattan. Today, it’s difficult to imagine what he saw, but for more than a decade, landscape ecologist Eric Sanderson has been working to do just that. Mannahatta: A Natural History of New York City is the astounding result of those efforts, reconstructing in words and images the wild island that millions now call home. By geographically matching an 18th-century map with one of the modern city, examining volumes of historic documents, and collecting and analyzing scientific data, Sanderson re-creates the forests of Times Square, the meadows of Harlem, and the wetlands of downtown. His lively text guides readers through this abundant landscape, while breathtaking illustrations transport them back in time. Mannahatta is a groundbreaking work that provides not only a window into the past, but also inspiration for the future.