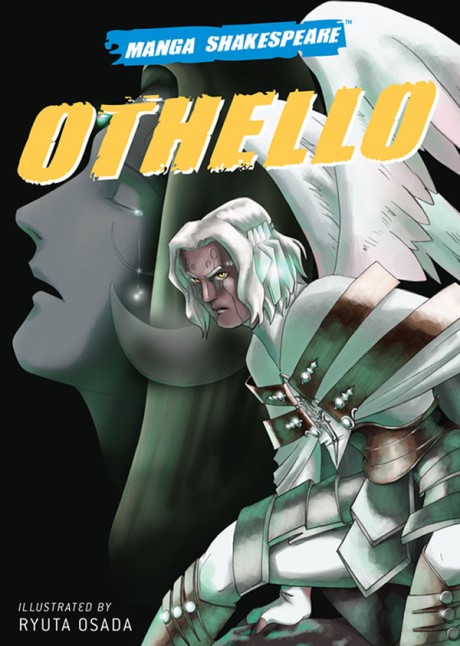 Othello and As You Like It are the newest additions to the imaginative world of Manga Shakespeare. In the face of the false evidence produced by the conniving Iago, Othello cannot trust his wife, and his mistrust leads to the play’s tragic conclusion. In As You Like It, Rosalind, dressed like a boy, falls in love with Orlando. A mistaken-identity comedy follows, with a happy ending (or the ultimate justice served) for those who deserve it. Both plays have been refreshingly updated in the style of manga while maintaining Shakespeare’s beautiful language.

Ryuta Osada is a Japanese-born manga artist based in London. He has exhibited work in London and was shortlisted for both the Royal Society of Arts Student Design Award (2003) and the D&AD Student Award (2005). Chie Kutsuwada is a young manga artist based in London. In 2005 Chie won the Royal College of Art Society and Thames & Hudson Artbook Prize and the Printmakers Council Award.