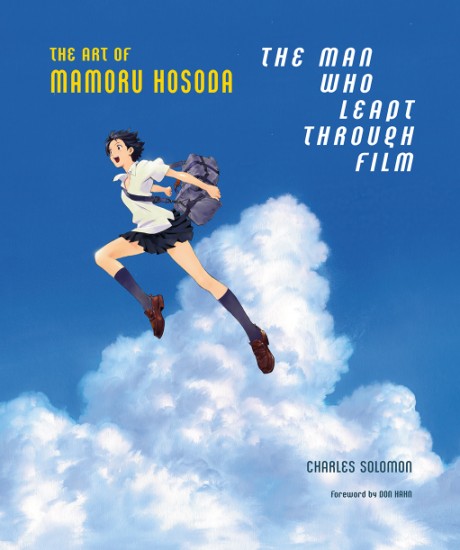 The Man Who Leapt Through Film

The Art of Mamoru Hosoda

Journey into the mind and creative process of one of the most celebrated anime directors working today with The Man Who Leapt Through Film: The Art of Mamoru Hosoda. Written by renowned animation critic and historian Charles Solomon (The Art of WolfWalkers, Abrams 2020) and featuring exclusive interviews alongside hundreds of never-before-seen sketches, storyboards, background paintings, character designs, and concept art, this is the ultimate companion piece to Hosoda's work.

Charles Solomon is the author of more than a dozen books on the art and making of animated films and television specials. His recent credits include The Art of WolfWalkers (Abrams, 2020), The Art of Toy Story 3, The Art and Making of Peanuts Animation, The Art of Frozen, and the Song of the Sea Artbook, which he wrote in collaboration with Cartoon Saloon cofounder Tomm Moore. Solomon lives in Los Angeles.

Don Hahn produced the classic Beauty and the Beast (1991), the first animated film to receive a Best Picture nomination from the Academy of Motion Pictures Arts and Sciences. His next film, The Lion King (1994), broke box-office records all over the world to become the top-grossing traditionally animated film of all time and a long-running blockbuster Broadway musical. Hahn also served as associate producer on the landmark motion picture Who Framed Roger Rabbit. He lives in Los Angeles.