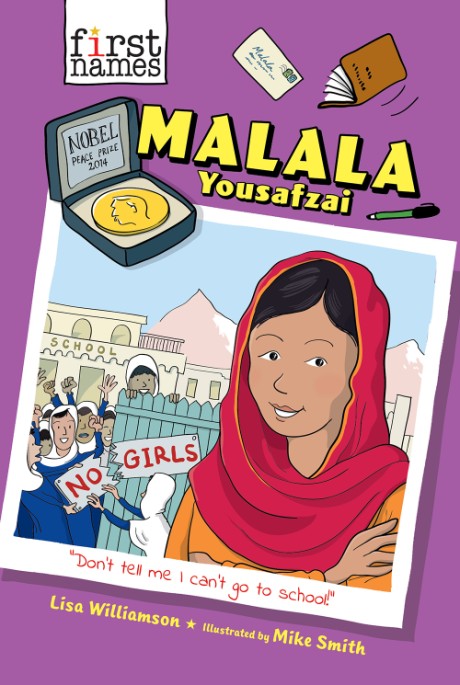 Before Malala Yousafzai became the youngest Nobel Prize laureate, she was just a girl fighting for her education in Pakistan. Growing up, Malala’s father encouraged her to be politically active and speak out about her educational rights. When she did, she was shot by a member of the Taliban and the story received worldwide media coverage. Protests and petitions from around the world helped to pass an educational-rights bill in Pakistan, and Malala used this platform to continue her activism and fight for women’s rights. Inspiring and moving, Malala Yousafzai tells the story of one girl’s bravery in her fight for equal rights. It includes a timeline, a glossary, and an index. First Names is a highly illustrated nonfiction series that puts readers on a first-name basis with some of the most incredible people in history and of today!

Lisa Williamson is an award-winning, bestselling author. She studied drama at Middlesex University and has acted on both stage and screen. She lives in England. Mike Smith is the author and illustrator of a number of children’s books and the winner of the Macmillan Prize For Children’s Picture Book Illustration. He lives in Cambridge, England.