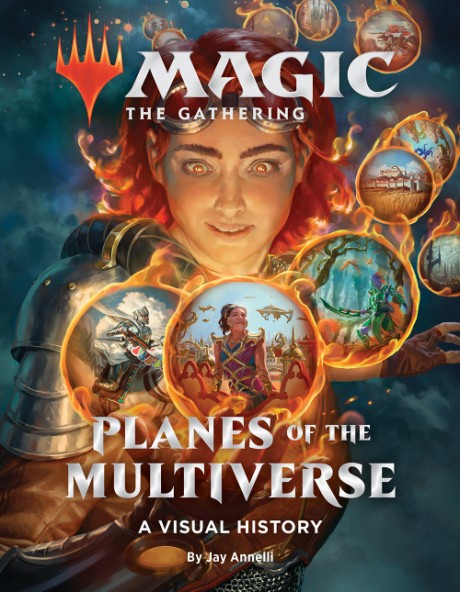 Magic: The Gathering: Planes of the Multiverse

By Wizards of the Coast, and Jay Annelli

An official visual guide to the fantastical worlds and legendary characters of Magic: The Gathering

The many planes of Magic: The Gathering’s storied Multiverse have served as host to countless epic battles and dramatic cataclysms—and each world is richly and uniquely populated with its own fantastical creatures, iconic characters, and legendary Planeswalkers. In Magic: The Gathering: Planes of the Multiverse, author Jay Annelli presents a visual guide to the history behind lore-defining events from the Phyrexian Invasion to the War of the Spark, as well as character profiles for Karn, Narset, Vraska, Sorin Markov, and other fan-favorite Planeswalkers.
Planes of the Multiverse pairs original artwork—in many instances reproduced for the first time outside of the card frame—with detailed primers on each plane. This collection offers exclusive insight into the art and mythology of some of Magic: The Gathering’s most popular and enduring locales—and the characters that inhabit them.

Jay Annelli is a Vorthos (lore) writer, consultant for Wizards of the Coast, and co-host of The Vorthos Cast. He lives in Baltimore.