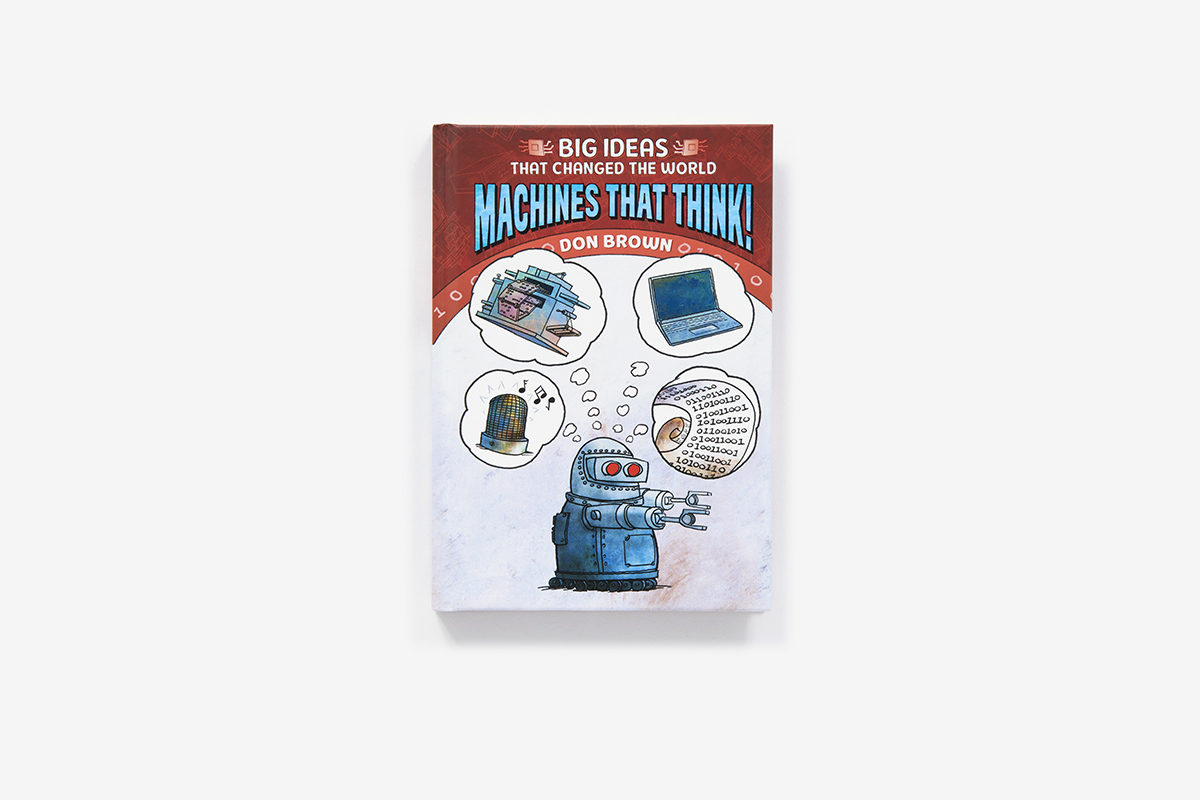 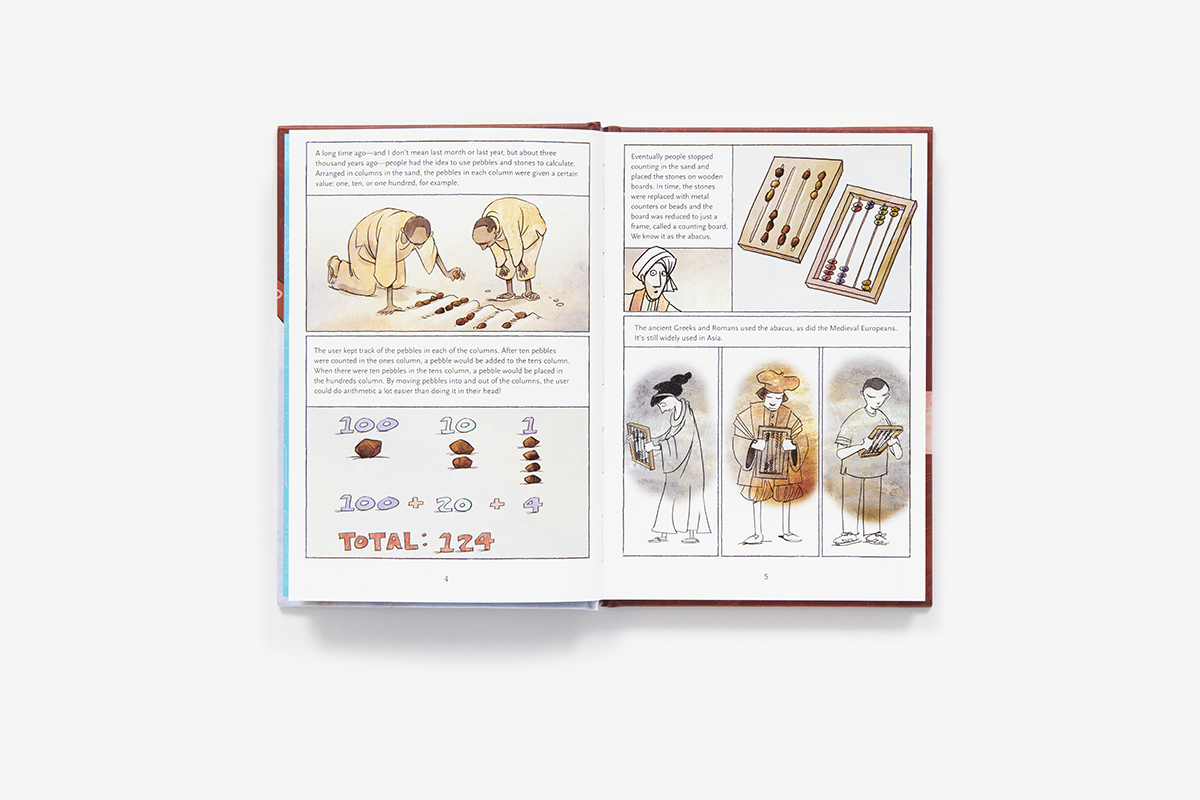 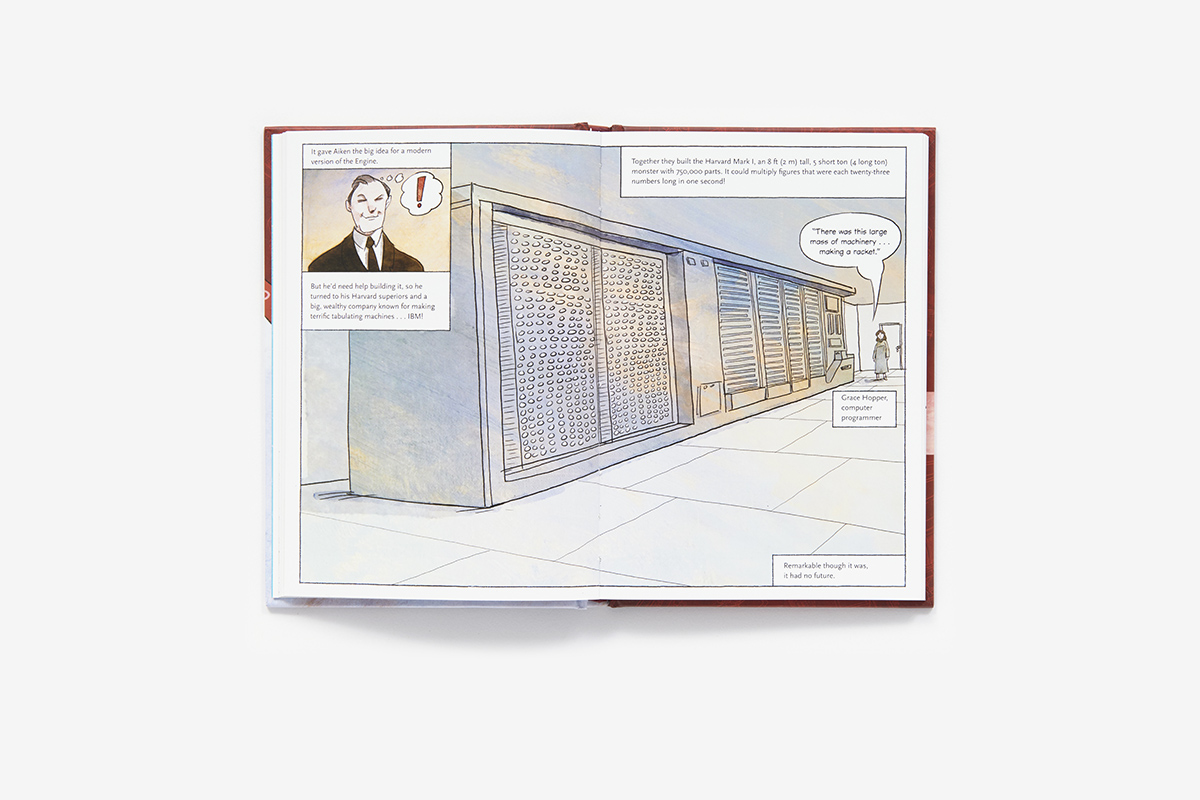 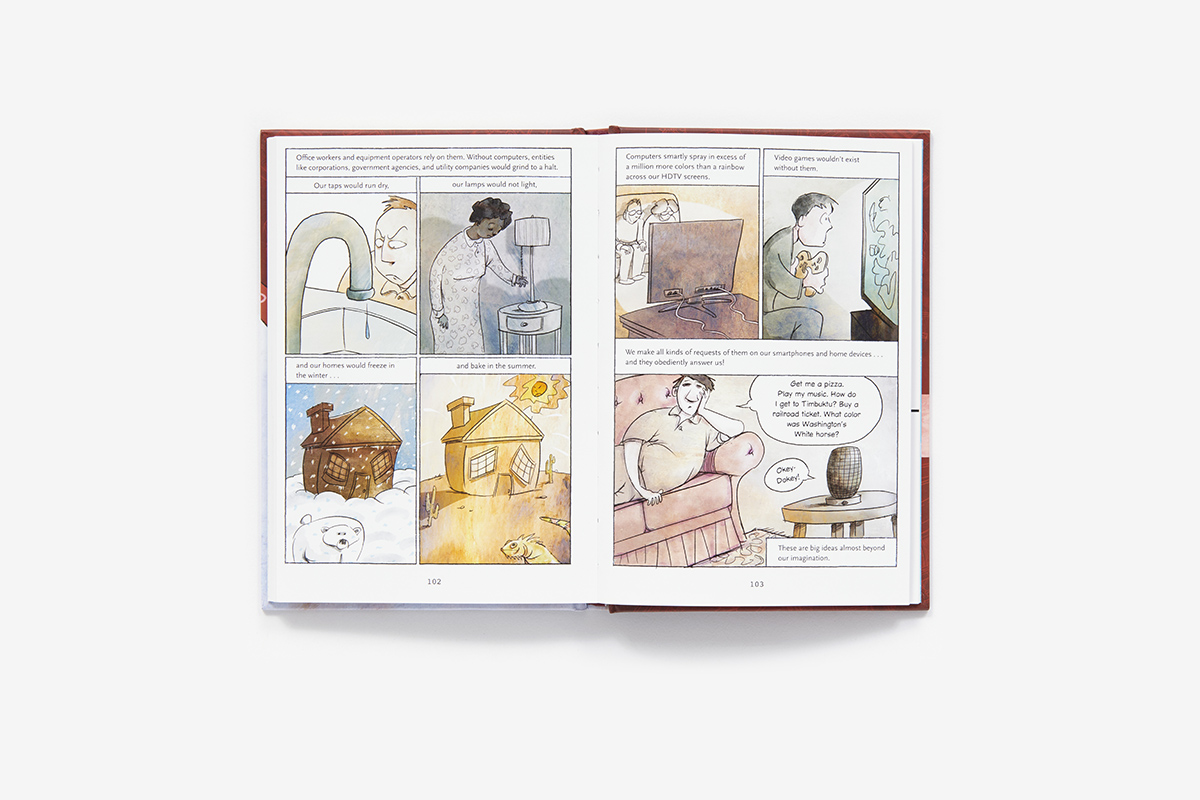 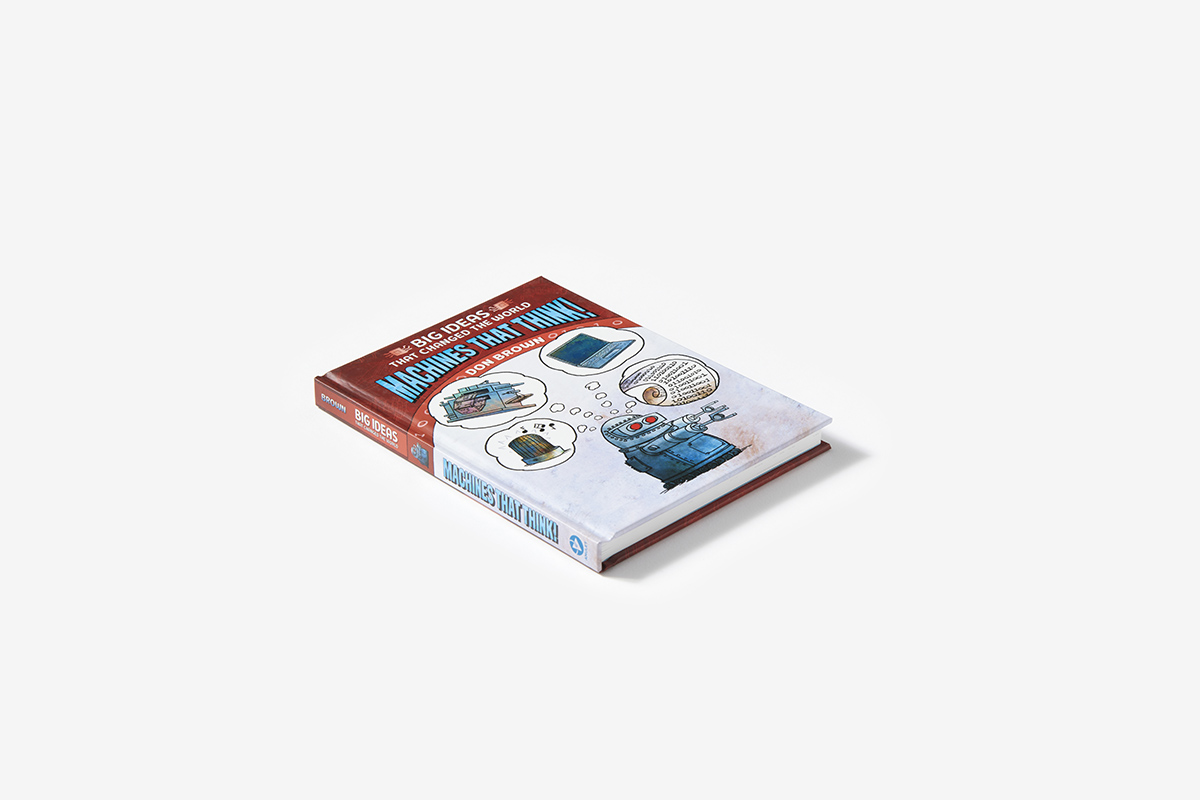 Buy
Machines That Think!
Big Ideas That Changed the World #2
By Don Brown

Machines That Think! explores machines from ancient history to today that perform a multitude of tasks, from making mind-numbing calculations to working on assembly lines to guiding spaceships to the moon. Machines That Think! includes fascinating looks at the world’s earliest calculators, the birth of computer programming, and the arrival of smartphones. Contributors discussed include Muhammad ibn Mūsā al-Khwārizmī, Ada Lovelace, Alan Turing, and Bill Gates. From the abacus to artificial intelligence, machines through the ages have pushed the boundaries of human capability and creativity.

Also available: Rocket to the Moon!

**STARRED REVIEW**
"Terrific case study on the power of a big idea to work profound changes in our lives."
— Kirkus Reviews

**STARRED REVIEW**
"Accessible, occasionally funny, and always thoughtful, this speedy but thorough trip through time is a must for budding scientists."
— School Library Journal

"Brown’s signature watercolor illustrations keep the tone light and lively, and end matter comprising a timeline, biographical note, sources, author’s note, and al-Khwarizmi’s ever-so-useful “A Bit about Binary” addendum makes this report-ready for kids who appreciate the good nonfiction in the graphic novel shelves."
— Bulletin of the Center for Children's Books

Don Brown is the author and illustrator of many picture books and has been awarded both the Sibert Medal and Orbis Pictus Award. He lives in Merrick, New York.