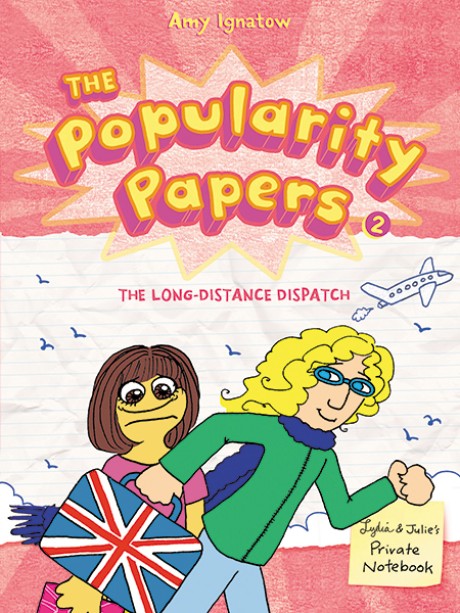 Amy Ignatow’s signature sense of humor is on full display in this satisfying sequel. After spending all of fifth grade studying popularity together, Julie and Lydia are finally ready to put their hard-earned lessons to use in junior high. But before they can, disaster strikes: Lydia’s mom gets a job in London for six whole months! Before Lydia can say “Fancy a cup of tea?” she’s thrust into a new school, where she earns a reputation as “the Violent American.” Meanwhile Julie’s stuck navigating the cliques of American junior high on her own and is adopted by a group of troublemaking eighth graders known as the Bichons. The two best friends will have to learn to keep in touch and stand on their own, assisted as always by their trusty notebook.

Amy Ignatow is a cartoonist and the author of the Popularity Papers series of scrapbook-style illustrated novels. She is a graduate of Moore College of Art and Design and also makes a decent tureen of chicken soup. Ignatow lives in Philadelphia with her husband, Mark, and their cat, Mathilda, who just isn’t very bright.