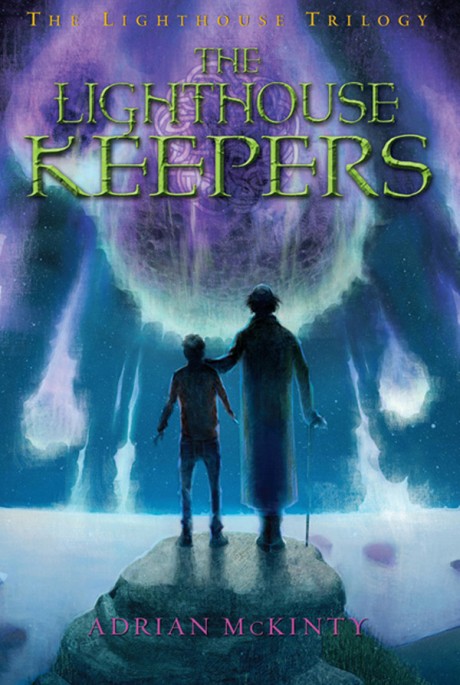 The stunning conclusion to an epic trilogy, which Children’s Literature calls “a thought-provoking sci-fi adventure with universal appeal”

In this final and most ambitious book in a wonderfully inventive sci-fi trilogy, veteran interplanetary travelers Jamie and Ramsay must protect their alien friend Wishaway, now living with them on Earth, from the scrutiny of sinister forces on their own planet. In the meantime, Wishaway’s beloved home planet of Altair seems to be hurtling toward doom. Just when circumstances on both worlds are at their most dire, members of the ancient race who built the mysterious lighthouses return to offer Jamie a terrible choice: He can save Earth or Altair, but not both. The fate of two planets is in the hands of the teenage Lord Ui Neill. Which home will he save? His or Wishaway’s?

The worlds that Adrian McKinty’s characters inhabit are vividly real. This third book will be the sleeper hit of the fall season.

Praise for The Lighthouse Trilogy
“McKinty, previously known for adult crime novels, brings an attuned ear for dialogue and a taut pacing
to his first YA outing . . .” —Publishers Weekly

“This thought-provoking sci-fi adventure offers universal appeal, excitement, and a one-of-a-kind hero whose courage and compassion will inspire any reader.” —Children’s Literature

Adrian McKinty, called “one of his generation’s leading talents” by Publishers Weekly, is the author of many highly regarded crime novels for adults. The books of The Lighthouse Trilogy are his first for young people. Adrian was born and grew up in Carrickfergus, Northern Ireland. Educated at Oxford University, he then immigrated to New York City, where he lived in Harlem for five years, working in bars and on construction crews, as well as doing a stint as a bookseller. He lives in Denver, where he teaches high school.