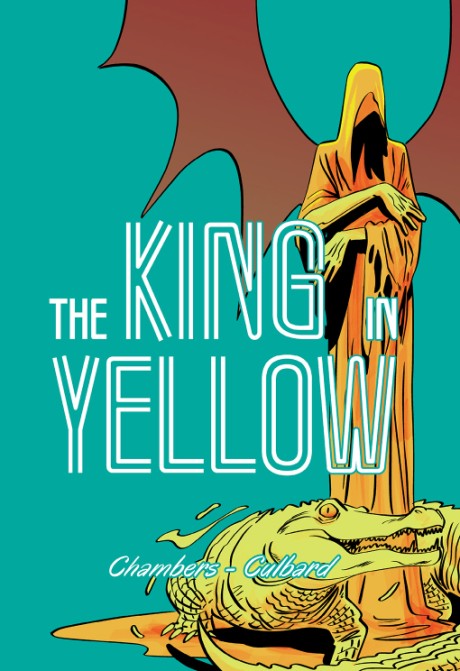 The King in Yellow

The King in Yellow: a play that brings madness to all who read it. Irresistible and insidious, it lures the reader with its innocence and dooms them with its corruption. In a series of interlinked stories, Robert W. Chambers’s classic work of weird fiction shows the creeping spread of the play’s macabre touch. I.N.J. Culbard’s deft and unsettling adaptation, newly reissued, breathes life into Chambers’s influential masterpiece, expertly revealing the malice and mayhem that await those unlucky enough to turn the wrong page.

I.N.J. Culbard is an award-winning artist and writer, who has been published by 2000 AD (Brass Sun, Brink), Vertigo (The New Deadwardians), and Dark Horse (Everything). His graphic novels for SelfMadeHero include the British Comic Award–nominated Celeste and At the Mountains of Madness, for which he won the British Fantasy Award in 2011. He lives in Nottinghamshire, England. Robert William Chambers (1865–1933) was a Brooklyn-born artist and author. After studying art in Paris, he worked as an illustrator in New York for Life, Vogue, and Truth magazines. With the immediate success of The King in Yellow, he became a full-time author, publishing more than 70 books.